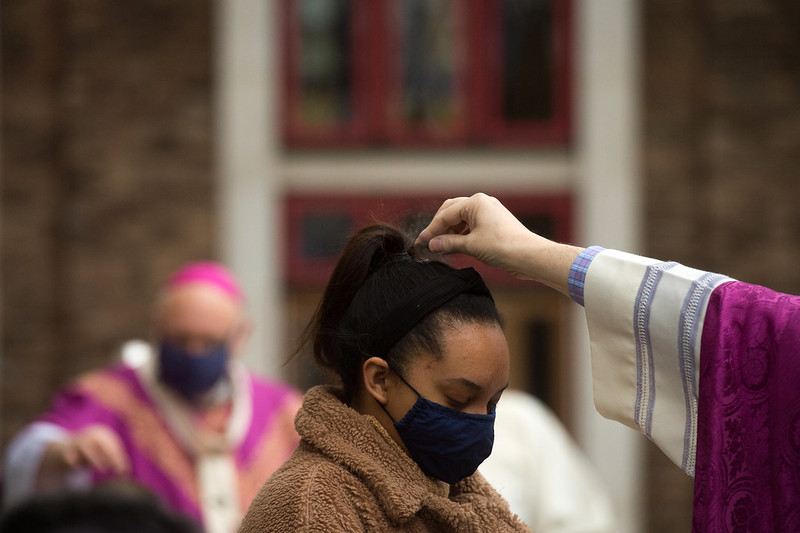 Women object to lack of women at Women's Day event 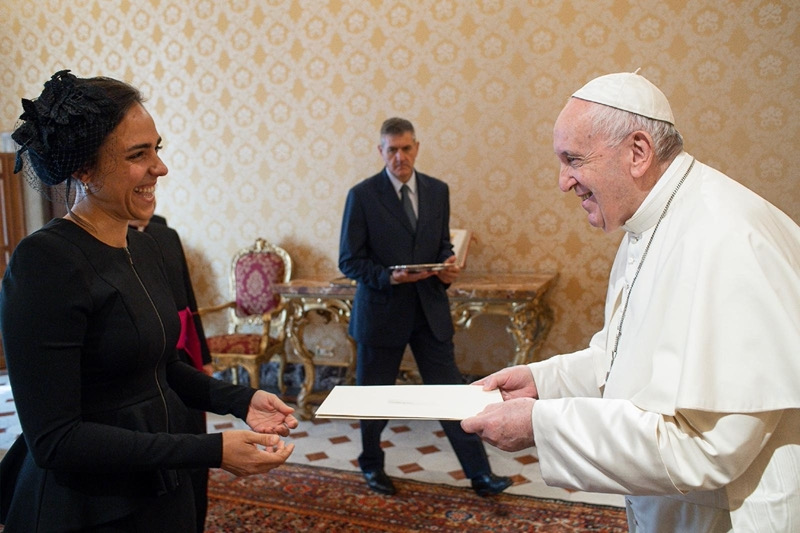 The Australian Ambassador to the Holy See has been criticised by Catholic women’s groups over the lack of women speakers in an event her embassy is hosting to mark International Women’s Day.

The embassy has organised a webinar on the topic, An Equal Future in a Covid-19 world: Champions of Change Choosing to Challenge to mark the 110th anniversary of International Women’s Day on 8th March.

A “save the date” notice was sent out on Wednesday informing invitees that the line-up would include three high-ranking prelates, Cardinal Reinhard Marx, Coordinator of the Council of the Economy; Cardinal Mario Grech, Secretary General of the Synod of Bishops; and Archbishop Paul Tighe, Secretary of the Pontifical Council for Culture.

One of the invitees, Chantal Goetz, chair of Voices of Faith (VOF), said that when she saw that the main speakers were two cardinals and an archbishop “on a day that belongs to women” it looked like “a farce”.

VOF began in 2014 on International Women’s Day at the Vatican as an event to showcase Catholic women leading social justice initiatives or working for Catholic institutions. The group has campaigned for equality and greater inclusion of women in the decision-making structures of the Church. It is a member of the global umbrella group, Catholic Women’s Council.

In 2018, VOF was forced to relocate its International Women’s Day event outside of the Vatican after Cardinal Kevin Farrell objected to three speakers, including former president of Ireland, Professor Mary McAleese, who was due to give the keynote address that year.

On Thursday, Chantal Goetz of VOF “urgently” advised Australian Ambassador, Chiara Porro, “to reshape the speakers list and make sure that it is balanced” with three women speakers and three men, “who can challenge each other”.

“I am not judging the competence of any of the speakers. It goes back to a clerical and paternal attitude which women and men have been fighting against for years,” she said.

Ms Goetz explained that she was initially happy to see that the Australian Embassy was continuing the tradition of celebrating International Women’s Day.

Voices of Faith and the former Australian Ambassador, Melissa Hitchman, she said, had “built over the years great respect for each other, understanding and supporting the need to give women a voice in the Catholic Church – especially in the Vatican on International Women’s Day”.

Ms Goetz said: “It is possible that the newly appointed ambassador doesn’t know what has been achieved in past years on behalf of women, and that this kind of format, where mainly men speak and women listen, is seen as an insult to many Catholic women.”

Ms Goetz added that the webinar format meant it was not possible to intervene and challenge the (male) speaker.

“What about men standing side by side with women, on the same platform, with the goal of uplifting Catholic women in leadership positions?” she asked.

“Voices of Faith was the first and only organisation allowed to organise several International Women’s Days within the Vatican State. The hierarchy was always invited to listen to what women had to say or what they are dreaming of for their church,” she explained but noted that in all those years, “we haven’t been able to greet one cardinal. This speaks for itself.”

The Catholic Women’s Council (CWC) said it lauded the Australian Ambassador’s initiative to organise an event to commemorate International Women’s Day, but was “very disappointed” to find that the event had three confirmed speakers who were prelates who hold official positions in the Vatican Curia.

“The title itself is misleading. Are we to believe that these men are ‘champions of change’ and are choosing to challenge the centuries old misogynist stance of the Vatican?

“In the Covid 19 world, Catholic women across the globe have already been championing change, challenging the entrenched patriarchal structure of the Catholic institution. With churches closed, they have been keeping the faith of their families and communities alive in their homes and online.

“Women have taken up the challenge to live their baptismal commitment to be priest, prophet and leader, helping families and each other to grow and giving hope to many whom they could reach out to. With the full program still to be released we ask Ms Porro to invite a Catholic woman to open the event as a ‘champion of change’ and ask the prelates to respond to the repeated requests women have been making to the Church down the years since the UN first declared the year of the woman in 1975.

“Women are still denied basic equality in the Church, given to us by God in Baptism (Gal. 3:28), because Canon Law forbids the ordination of women on the basis of their sex, thereby keeping them out of all decision making in the Church even when it comes to making decision about women’s sexuality.

“To date, the Holy See has not ratified the Convention to Eliminate all forms of Discrimination and Violence Against Women (CEDAW). Unless these inequalities are addressed there can be no equal future for women in the Church. The CWC is an international movement that represents Catholic women’s groups from many countries, including Australia. We encourage Ms Porro to dialogue with the CWC, so that this event can be more inclusive of women’s real concerns in the Church.”

The Tablet contacted the Australian Ambassador to the Holy See and requested a response from Ambassador Porro to the concerns raised by Voices of Faith.

A spokeswoman for the Ambassador said the information sent to invitees on Wednesday “was only a ‘save the date’ and did not include all the information about the event or the full list of speakers, some of whom hadn’t yet been confirmed.”

Madonna Noonan said: “This will be shared shortly, and it will include a very qualified female speaker, who will provide her perspectives on the change that has occurred to date.”

She added that each of the speakers selected for the webinar “has been involved in an initiative or senior appointment which has enhanced gender equality within the Roman Curia. We see the event as an opportunity to reflect on how this has changed the work culture to date within the Vatican and underline the importance of gender equality.”