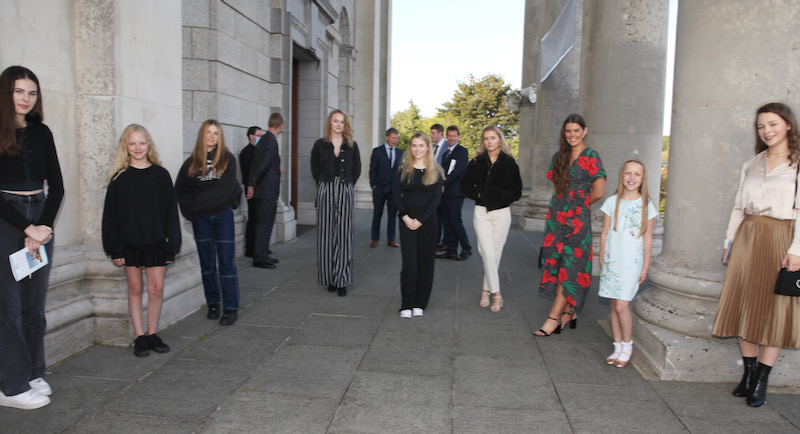 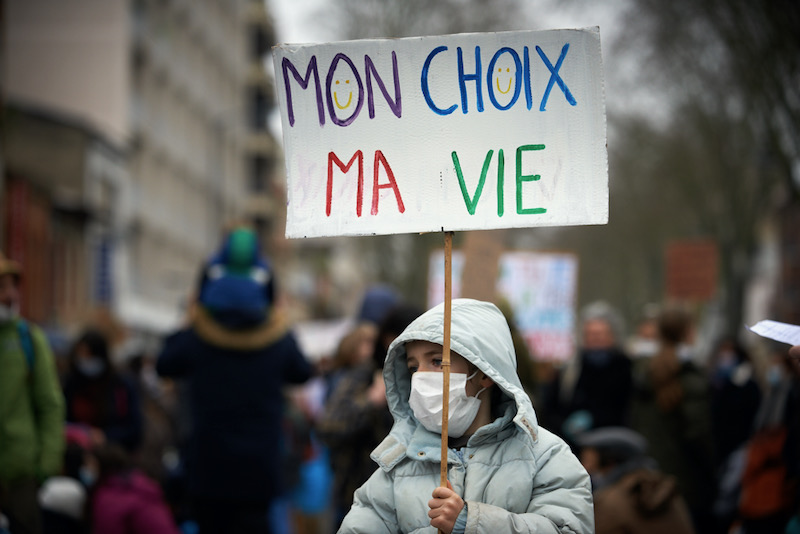 A child protests in France against a law aimed at addressing radical Islam.
Photo by Alain Pitton/

They were joined by the Conference of European Churches, an association of the non-Catholic Christian churches in Europe, which wrote that the new law “creates a real culture of suspicion against religious communities”.

The draft law, prompted by repeated killings and beheadings in France by radical Islamists, tightens financial controls on religions and requires faith leaders to swear allegiance to French democratic values. It is moving through the French parliament and should become law soon.

One measure meant to silence radical Muslim preachers has worried other faiths. “Will a priest risk seeing his church closed if he says something about abortion?” Bishop Marc Aillet of Bayonne wondered.

“Should I stop mentioning the Palestinian question in my sermons?” Yassine Farhi, an imam in Grenoble, asked the daily La Croix.

“There's a risk that the state will give itself the right to define what is an acceptable religious position in public, which would break with our historical legacy of separation of Church and State,” historian Valentine Zuber said.

Another worry is that the law would have local prefects regularly review whether religious groups respect tighter rules on foreign financing and use of funds. This is meant to reduce the influence of Muslim states on French mosques.

But, as frequently happens in France, secular officials have acted as what some critics call "Catholic atheists”. They imagine all religions are like the Roman Catholic Church and make rules that don’t fit other faith communities.

Catholic dioceses, with their established bureaucracies and hierarchies, can provide the required financial declarations much more easily than the poorer and decentralised Islamic mosque communities or evangelical Protestant churches.

In its letter, the CEC took the side of the Catholic Church. “Why should a faith established since the second century in France suddenly have to submit to a recurring administrative procedure to obtain the right of citizenship?” it asked.

Fr Laurent Stalla-Bourdillon, a church spokesman, said the current debate showed many politicians had lost sight of the good religions can do in society.

“The political intolerance of religions has gone to great lengths in France,” he told the daily Le Figaro. “From indifference to obvious contempt, the range of these signs of defiance has grown dramatically in recent years.”

After some initial hesitation, Jewish leaders have rallied behind the law, explaining their uppermost concern was radical Islam and the law aimed to combat it.

But Chief Rabbi Haïm Korsia also told a Senate commission it needed a clearer declaration of support for religious liberty. “My only fear is that (the draft) presents as a simple fact that religions are a risk for the state,” he said.