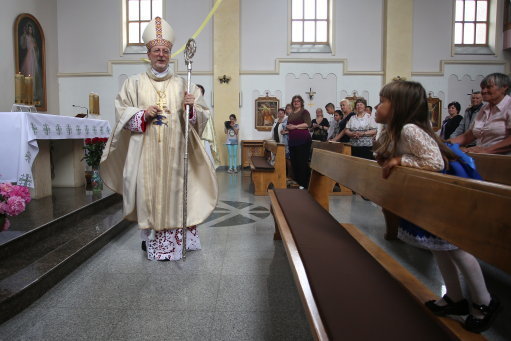 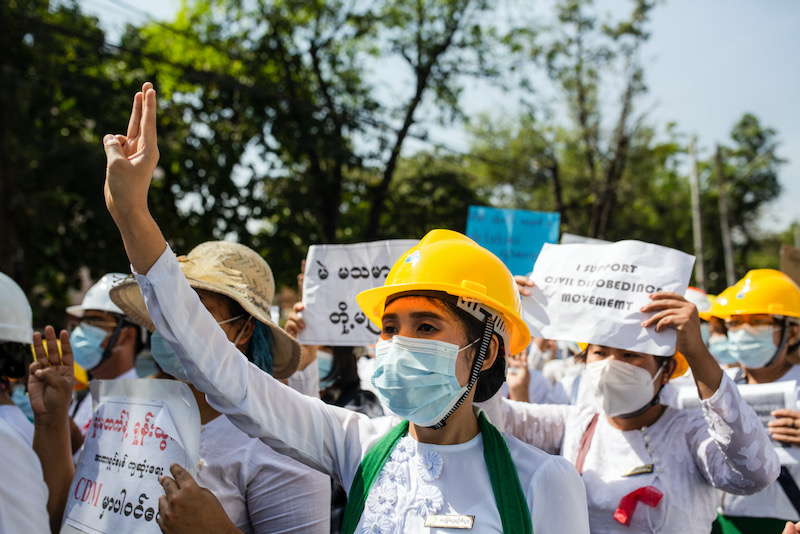 Thousands of people took to the streets of Yangon today to protest against the military coup and demanded the release of Aung San Suu Kyi.
Aung Kyaw Htet/PA

US President Joe Biden ordered new sanctions against the military regime in Myanmar to prevent six generals from accessing $1 billion in Myanmar government funds in the United States.

Biden said the new sanctions will allow his administration to freeze assets that benefit Myanmar's military leaders while maintaining support for health programs, civil society groups and other areas that benefit the people. The Associated Press reported that sanctions also would affect two businesses controlled by the regime and the executive order allows the treasury department to target the generals’ spouses and adult children.

One of the generals named is Min Aung Hlaing, Myanmar’s military leader. He led the coup on 1 February in which the military detained top political leaders, including Nobel laureate Aung San Suu Kyi and President Win Myint.

The military declared a state of emergency and said Min Aung Hlaing would be in charge of the country for one year because the government had not acted on the military's claims of fraud in November's elections and because it allowed for an election despite the Covid-19 pandemic. Suu Kyi's ruling party had won a majority of the available parliamentary seats in that election.

Min Aung Hlaing and other top generals already face US sanctions for alleged rights abuses against the Rohingya and other minorities. The military regime did not immediate respond to the most recent US sanctions.

But two days after the coup, military leaders reached out to various religious groups, according to ucanews.com. Some generals visited the archbishop's house in Yangon, where they met with Cardinal Charles Maung Bo and Bishop John Saw Yaw Han and distributed Covid-19 relief items. The generals also visited churches in Mandalay and Myitkyina and reached out to Buddhist monasteries and Hindu temples in some cities to provide rice bags and medical items.

After the coup, Cardinal Bo warned international leaders against sanctions. In a letter he said: “Sanctions and condemnations brought few results: rather, they closed doors and shut dialogue.”

He continued: “Sanctions risk collapsing the economy, throwing millions into poverty. Engaging the actors in reconciliation is the only path.” He also urged military leaders to free the elected civilian leaders.

In a Zoom with international journalists, Soe Myint, editor of Myanmar's Mizzima News, also spoke against sanctions. His conversation was facilitated by the International Press Institute, and Myint said he, like other journalists in Myanmar, was in hiding.

Myint said political and moral support were good but “sanctions alone will not work.” He said international military intervention should be considered seriously: it was a question of the military taking over power from elected officials, he said.

He also urged journalists not to forget the plight of the nation's ethnic Rohingya. The armed forces were widely accused of committing crimes against humanity in a crackdown on Rohingya Muslims that led to more than 700,000 people fleeing to Bangladesh in August 2017.

UN investigators have called for the prosecution of military leaders, including Min Aung Hlaing, at the International Criminal Court over alleged atrocities committed against the Rohingya and other ethnic minorities.

Pope Francis is among the world leaders who have condemned the coup and expressed solidarity with the people of Myanmar.

When the Pope visited Myanmar in November 2017, he met Min Aung Hlaing in Yangon ahead of an official meeting with civilian leader Suu Kyi. On the same trip, he also met with Rohingya refugees in Bangladesh.