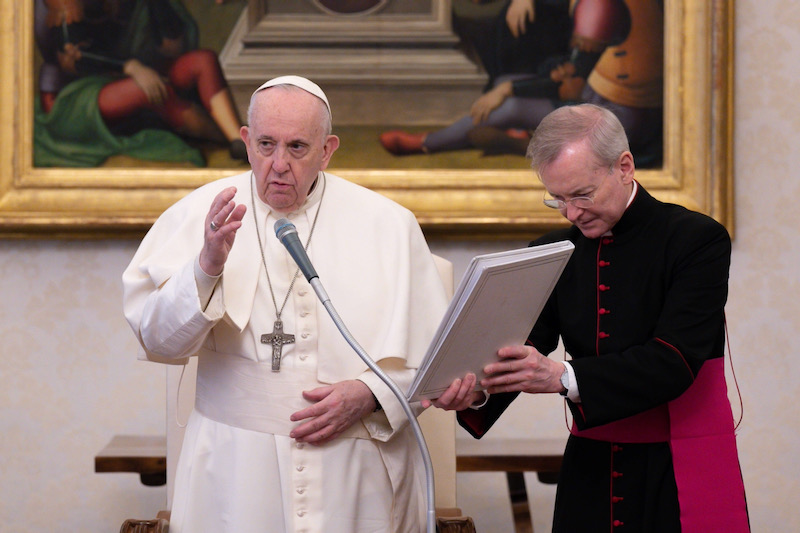 Start each day with a prayer, says Pope 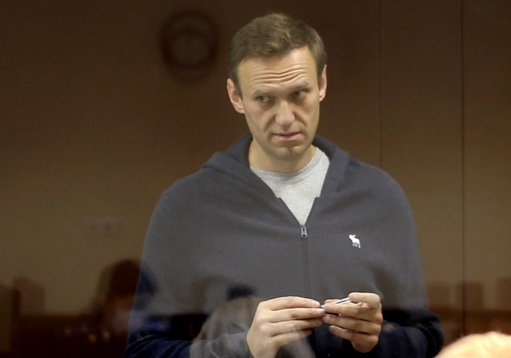 Russian Catholics have thanked their Bishops’ Conference's Jesuit secretary-general for demanding greater justice and tolerance in their country, after a leading layman urged the Church to take a tougher stance against current repression.

“I won't stop dreaming of a country where police do not arrest and harass people simply for their dark skin, where everyone is free to go out and express their view,” the secretary-general, German-born Fr Stephan Lipke, said in a Facebook message. “I also dream of a country which will not deny justice to anyone. Of course, things cannot be perfect. But I hope it will at least be possible to strive and argue for this …  with God's help.”

The priest, ministering in Russia since 2011, posted the statement as street protests continued against the jailing for three and a half years of opposition leader Alexei Navalny, for violating probation while receiving treatment abroad for a near-fatal August nerve agent attack, widely blamed on state security agents.

Among messages of thanks, a respondent, Varvara Mikhina, congratulated Fr Lipke for speaking out against “complete lawlesness” in Russia, while another, Georgy Dublinsky, said no other priest had made similar remarks.

Another Catholic, Irineja Sherbakova, said she was also “dreaming and praying for justice, mercy, mutual love and forgiveness”, while Evgeny Krasheninnikov thanked the Jesuit priest and said he was confident current “changes in people and their relationships” suggested the “colossus” would move “little by little with God's help”.

The sentencing of 44-year-old Navalny, who was immediately arrested on his return to Moscow in mid-January after five months’ hospitalisation in Germany, was condemned by Britain, the European Union, United States and 47-country Council of Europe. Over 10,000 demonstrators have been arrested during subsequent demonstrations, mostly in Moscow, by armoured police using batons and tasers.

The Russian Orthodox church’s foreign relations director, Metropolitan Hilarion Alfeyev, condemned the demonstrations in an interview with Rossiya-24 TV, comparing Navalny's return with that of Vladimir Lenin from Switzerland in 1917, and calling for protest organisers to be held to account for “luring children and adolescents into political actions in a totally unacceptable violation of civil law and order”.

“Our young people often literally lose their heads and any orientation in life,” the patriarch told the TASS agency. “To ensure a bright future for our homeland, it is necessary to control the flow of information that overwhelms modern man today.”

Meanwhile, the chancellor of the Catholic Church’s Moscow-based Mother of God archdiocese, Mgr Igor Kovalevsky, said police city-centre road blocks had prevented Catholics from attending Mass at St Louis church in Moscow's Mala Lubyanka district, but added that Church leaders would not be commenting on what they viewed as a “purely political matter”.

However, a prominent lay Catholic told The Tablet younger Catholics were counting on their Church to condemn the brutal mistreatment of protesters, adding that he feared a generational divide with older Church members who “close their eyes and ignore what's happeningÆ.

Viktor Khroul, a Catholic professor at Moscow's Higher School of Economics and former member of the Vatican's Pontifical Council for the Laity, said: “Even indifferent Catholics who barely follow events are steadily becoming more active, as the persecution starts to affect them - yet the Church's hierarchy still remains fearful about saying anything. Although the Church's moral voice is desperately needed, and Catholics are demanding it be raised in the public sphere, most priests and bishops seem to have conveniently concluded it's less risky if they just keep totally quiet.”

In other posts, Fr Lipke said he read the Magnificat from St Luke's Gospel every night, quoting the German Lutheran Dietrich Bonhoeffer (1906-1945) on the need to avoid silence, and noting that change had once been considered impossible in the Philippines, Eastern Europe and South Africa.

“Even in the most deaf and terrible years, there was resistance in the USSR - it seemed people went to the scaffold silently, there were also those who did not remain silent,” the Bishops Conference secretary-general said in a Facebook message last week. “Today it is important to tell each other loudly the stories of those who were not afraid, who fought against a criminal regime with words and actions.”

“I consider the Robin Hood role the West attributes to Navalny to be somewhat exaggerated – but more convincing, concrete answers to the protests are also urgently expected from the state,” the Moscow-based archbishop told SIR. “Despite some cases of over-reaction, most people have taken to the streets in a peaceful and civilised manner. Their discontent should be taken seriously – it cannot be overlooked as if it did not exist.”