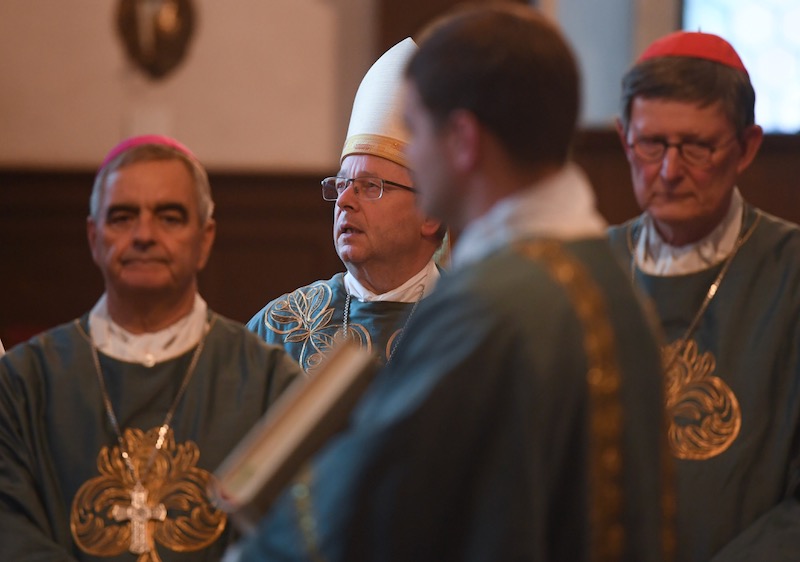 Anger is increasing in the Cologne archdiocese over Cardinal Rainer Maria Woelki’s refusal to publish the results of the investigation into the handling of abuse cases, as record numbers of Catholics opt to quit the Church.

The number of Catholics officially leaving the Church has increased at an unprecedented rate, by 70 per cent, and is now a record 1000 a month.

In order to leave the Church in Germany and stop having to pay 8-9 per cent of net income in compulsory church tax which is collected at source, Catholics have to make an appointment with their municipal office and state that they intend to leave in writing.

The number wanting to leave in the Cologne archdiocese has risen so sharply in recent weeks that hundreds of extra appointments have had to be squeezed in.

According to the Kölner Stadt-Anzeiger, the council decided at a plenary meeting on 28 January to suspend active cooperation with the archdiocese. The decision was unanimous.

In a further resolution, the council called on Cardinal Woelki and all incumbent and former leading clergy with responsibility for personnel to draw the necessary personal consequences of their breach of duty and wrongdoing. It was imperative that they take on responsibility and not delay the decision to clarify the legal questions concerning the abuse case files any longer.

The council said: “Do not wait until Rome decides or until legal experts tell you what you did wrong. After years of silence and denial, the faithful in the archdiocese expect a final, clear text and concrete steps of responsibility.”

More than 50 priests, including the secretary of the priests’ council, have, moreover, sent highly critical, urgent letters to Cardinal Woelki accusing him of forcing them to distance themselves from the archdiocese and pointing out that he is responsible for their conflict of loyalties.

Meanwhile, in an article in the February issue of the German Catholic theological monthly Herder Korrespondenz, canon lawyer Georg Bier, who is professor of ecclesial legal history at Freiburg University, has recalled that diocesan bishops cannot resign of their own accord. They can offer the Pope their resignation but have no legal claim that their request will be accepted. They are expected to obey the Pope’s decision. He has the final word.

“The longer Rome puts off the decision to act in the Woelki case, the thinner the ice for the cardinal will become”, the conservative German Tagespost warned on 29 January.2333.-