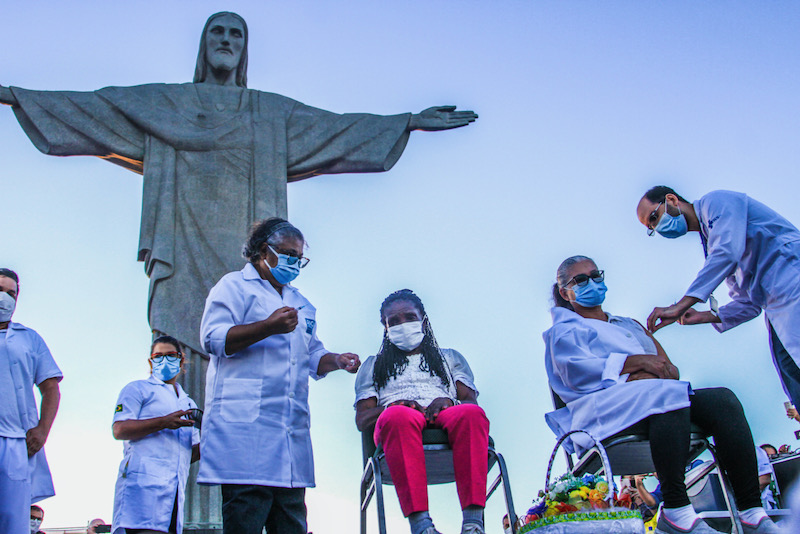 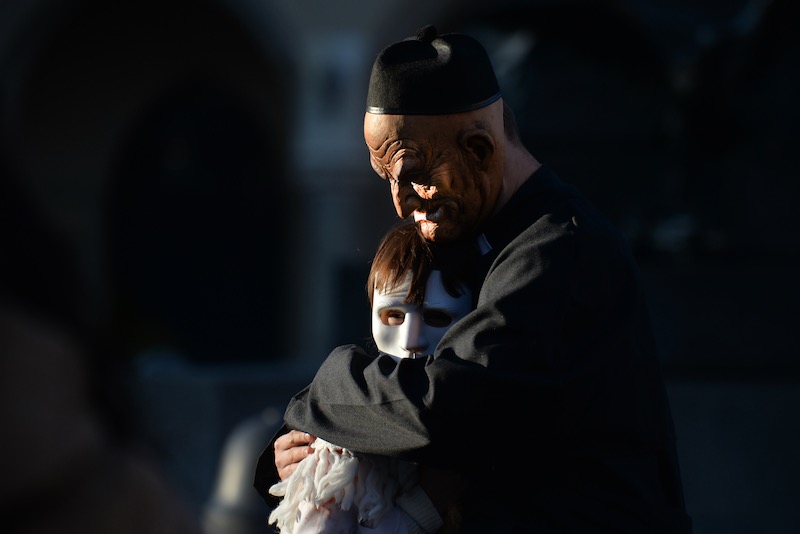 Activists dressed as clergymen and their victims during a protest against the institutional protection of sex offenders, in Krakow's Market Square last month.
Artur Widak/PA

A group of Polish politicians has pledged to press new accusations against Cardinal Stanislaw Dziwisz, former secretary of St John Paul II, after prosecutors refused to investigate TV documentary claims that he ignored and covered up abuse by priests in his Krakow archdiocese.
“The gravity of crimes that Cardinal Dziwisz may have committed is so enormous that failure to investigate them is obviously detrimental to the public good and the private interests of victims,” said Lukasz Kohut, a European Parliament member from Poland's liberal Wiosna (Spring) party.
“The alliance of throne and altar is in full swing in Poland, and some people are currently acting with impunity. But each drop of water is wearing down the rock, and I think it's worth doing everything in my power in this area.”
The MEP was reacting to a statement by the district prosecutor's office in Krakow that it was abandoning investigations on grounds of lack of evidence against Cardinal Dziwisz, who was accused in a November documentary on Poland's TVN-24 channel of ignoring abuse complaints against subsequently convicted local priests after becoming Archbishop of Krakow in 2005, despite warning letters from a prominent whistleblower, Fr Tadeusz Isakowicz-Zaleski.
The 81-year-old cardinal, who headed the southern archdiocese from 2005 to 2016, dismissed the accusations after the film's public screening, citing his four decades of “service to the Church, Pope and Poland”, but said he was also counted on a “transparent investigation” and “proper presentation of the facts”.
Meanwhile, the president of the Polish Bishops Conference, Archbishop Stanislaw Gadecki, said his Church was grateful to Dziwisz, who was the late pontiff's secretary for 39 years, for his service alongside St John Paul II, but also hoped any doubts presented in the film would be clarified by a Vatican commission.
However, another MEP from Poland's opposition Civic Platform, Bartlomiej Sienkiewicz, attacked Dziwisz in a December radio interview, adding that the Cardinal, who was also named 45 times in a November Vatican report on the disgraced ex-Cardinal Theodore McCarrick, symbolised the “moral decline” of the Polish Church.
In its statement, the Krakow prosecutor's office said it had found no evidence of criminal activity against Cardinal Dziwisz, since there had been no legal obligation during most of his years in Krakow to report allegations of clerical abuse to police. “Neither does moving a priest to another parish constitute an impediment to investigations or an attempt to conceal someone,” the office added.
The case follows a wave of allegations against Church leaders in Poland where Bishop Edward Janiak of Kalisz was forced to resign in October after claims in a May documentary film that he had brushed aside complaints against local priests and failed to comply with Polish law and Vatican guidelines.
The Catholic bi-monthly Wiez reported at the weekend that Vatican investigations had now also been launched against Archbishop Andrzej Dziega of Szczecin-Kamien after claims he ignored clerical abuse while Bishop of Sandomierz in 2002-2009. At least two other Polish bishops are also currently under formal investigation.
Back to articles