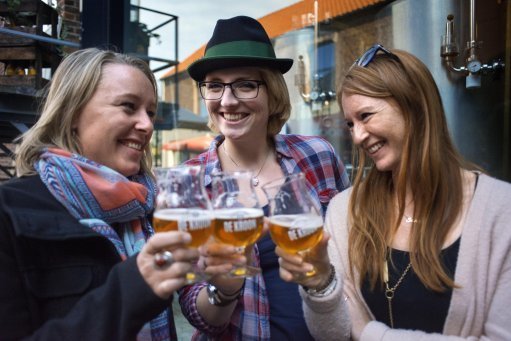 How prayer helps Fr James Martin when under attack 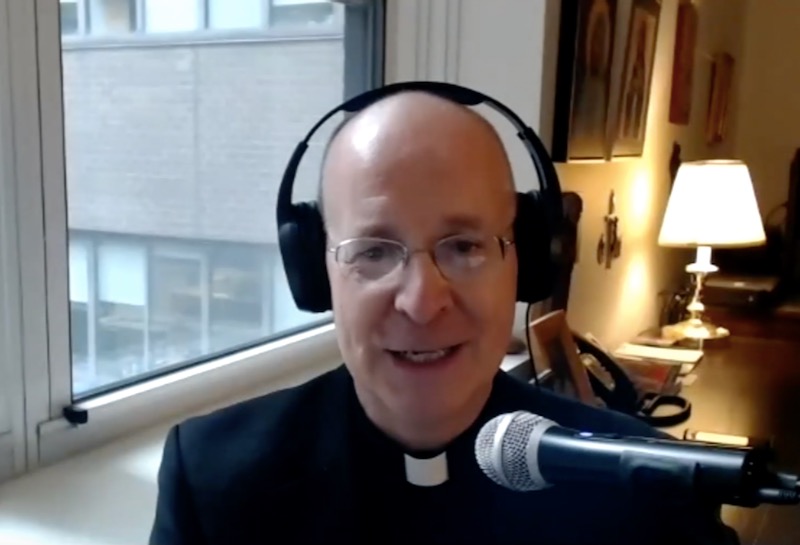 Fr James Martin SJ speaks at The Tablet webinar on finding a way to pray.

Well known spiritual writer and consultor to the Vatican’s Secretariat for Communication, Fr James Martin, has said his ministry to gay Catholics is an outgrowth of his work as a Jesuit and his experience in prayer.

Talking about his new book, Learning to Pray, at last week’s Tablet webinar, Fr Martin revealed how while praying over Jesus’ rejection in the synagogue at Nazareth he felt Jesus was inviting him to free himself of the doubts caused by conservative Catholics opposed to his efforts to build a bridge between the Church and the LGBT community.

This revelation has enabled him “to do this work with a little more peace” despite the ongoing attacks from alt-right Catholics who are “insane” about this issue.

He explained that he first became involved in LGBT issues following the 2016 Orlando nightclub shooting in which 49 people were killed and 53 injured, which led to his book, Building a Bridge.

“I am not challenging any Church teaching in my ministry. What I am trying to do is pretty basic, which is inviting the Church simply to listen to these people. There are many cardinals and archbishops and bishops who are opposed even to just listening to their experiences. If you doubt that, just go online.”

However, the 60-year-old New York-based writer said that 99 per cent of the people he talks to and hears from, including cardinals and bishops, are very positive.

Of his private audience with Pope Francis in 2019, he said he “felt completely encouraged and consoled and excited” by it.

He acknowledged that many people say Pope Francis hasn’t changed anything on this issue except the pastoral approach but Fr Martin said: “That is a change: the way that we approach people, the way that we speak to them, the tone we use, the conversation – that is a change. You can see it in people who say they feel much more welcome by Pope Francis as an LGBT person.”

He added that Pope Francis has changed the conversation and that his five most famous words on the subject are: “Who am I to judge?”

On the Pope’s recent comments on civil unions for gay couples, Fr Martin said it was a shock to some.

“I would also say that he is a Pope who knows gay people. He has met with gay people publicly and he has gay friends.” This encounter, the Jesuit author of 15 books said, had changed him.

He added: “He is the first pope ever to use the word gay. He teaches in signs. His meeting with me was a sign.”

Speaking about prayer, Fr James Martin described it as “a way for us to encounter God and for God to encounter us”. Asked about the growth in mindfulness and meditation apps in recent years, the Jesuit said mindfulness is often about centring oneself, connecting to the universe and calming down. “The difference is that prayer has an object and that object is God – it is about the relationship.”

Of the challenges of praying in a world that is information saturated and full of distractions, he observed, “not only are there more distractions but people are almost addicted to their digital devices”. His advice for those trying to pray is “to disconnect from that world of noise and distraction in order to connect”.

Of his own prayer discipline, he revealed that he gets up early and one of the ways he likes to pray is by using the scripture readings for the day through Ignatian contemplation for up to an hour. His New York Jesuit community comes together for Mass and later at night he does the Examen or review of the day.

His book emphasises the need for intentional prayer. “One of the insights I use in the book is from Fr Bill Barry who recently died and was a great Jesuit spiritual writer. He said our relationship with God can be fruitfully compared to a relationship with another person. The thing that makes for a good relationship makes for good prayer – time.”

He described petitionary prayer as “very human” and “very natural”.  Referring to the Lord’s prayer, Fr Martin said petitionary prayer has “a distinguished history in the Old Testament and the New Testament. I don’t know how you could stand before God and not be aware of your own need.”

But he added: “That doesn’t mean you have to ask about every little thing. But it is part of being honest with God. If there is something you desperately need, if you are sick or someone you know has Covid or if you are out of work or you are struggling physically in some way – how could you not ask that of God?”

He said his book addresses the question of what happens when you don’t get the answer that you want, or it doesn’t seem like God is answering your prayer.

Asked about the issue of transgender people, Fr Martin said he believed the “most important thing for the Church is to listen to their experiences”.

But the transgender issue he said, “is almost brand new” and the Church hasn’t “really thought about it”.

The next Tablet webinar is on fighting modern slavery in a post-pandemic world. Pope Francis called Modern Slavery “a crime against humanity – an open wound on the body of Christ”. Join our distinguished panel, hosted by Julie Etchingham, to discuss an agenda for action across all sectors.

For the next webinar and details of all Tablet events past, present and future, visit our events page here.