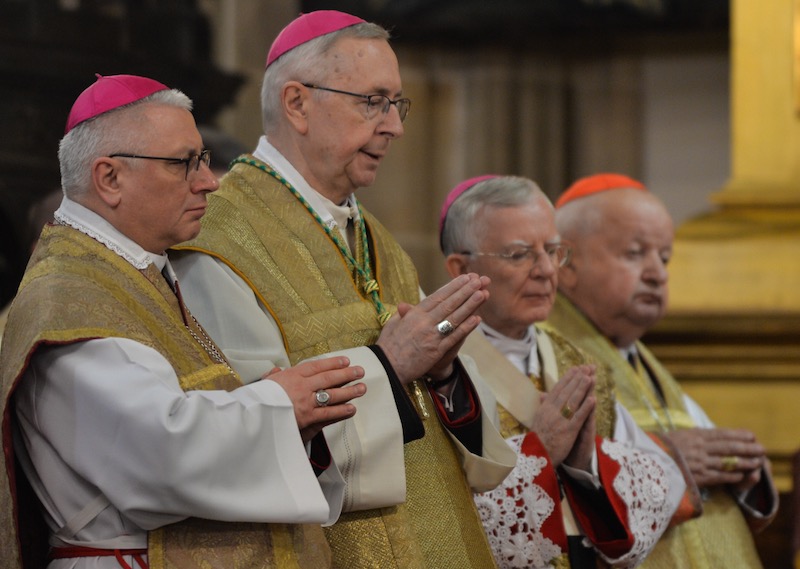 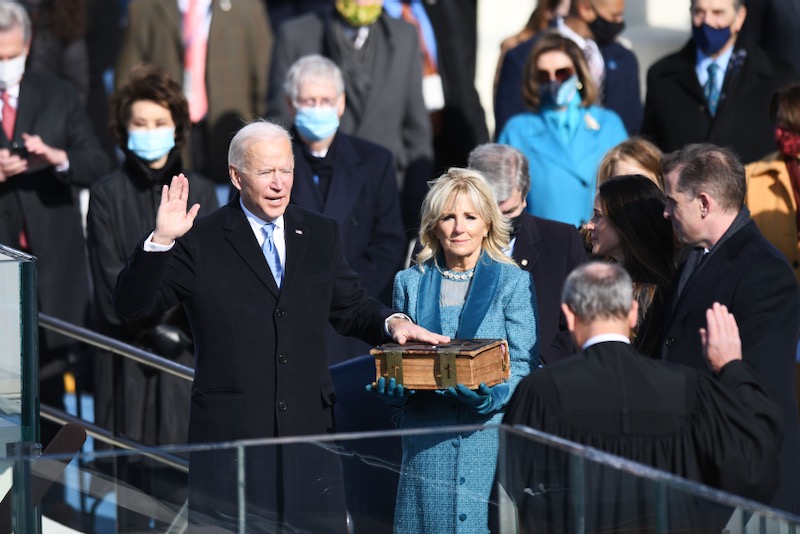 Joe Biden is sworn in as the 46th President of the United States.
Liu Jie/PA

Joseph R Biden was today sworn in today as 46th president of the United States, quoting Saint Augustine, pledging his “whole soul” to the task and promising to “defend the truth and defeat the lies”.

Soon after delivering his inauguration speech, the second Catholic to hold the office of President of the United States received a diplomatic cable from Pope Francis.

It was a message that emphasised reconciliation, the common good and care for the marginalised, all the things which many felt had been sorely neglected during the Donald Trump presidency, whose politics diverged sharply from the Pope’s worldview.

“At a time when the grave crises facing our human family call for farsighted and united responses, I pray that your decisions will be guided by a concern for building a society marked by authentic justice and freedom, together with unfailing respect for the rights and dignity of every person, especially the poor, the vulnerable and those who have no voice,” the 84-year-old Roman Pontiff wrote.

“I likewise ask God, the source of all wisdom and truth, to guide your efforts to foster understanding, reconciliation and peace within the United States and among the nations of the world in order to advance the universal common good.” 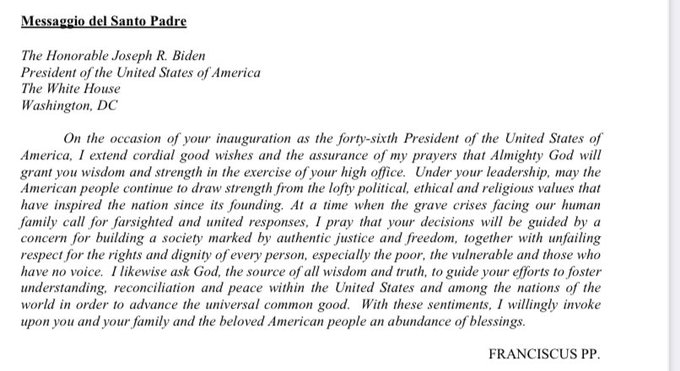 The Pope’s message contrasted with the statement released by the leader of the United States Bishops’ Conference who warned that the new president is preparing to “advance moral evils” with his policies. The statement from the Archbishop of Los Angeles, Jose Gomez, came after the US bishops announced “a working group” to examine President Biden’s positions on abortion.

“I must point out that our new President has pledged to pursue certain policies that would advance moral evils and threaten human life and dignity, most seriously in the areas of abortion, contraception, marriage, and gender,” the Archbishop of Los Angeles, Jose Gomez, President of the US bishops’ conference said.

Archbishop Gomez stressed the US bishops “are not partisan players in our nation’s politics” and that “we are Catholics first, seeking only to follow Jesus Christ faithfully”.

But he added: “Of deep concern is the liberty of the Church and the freedom of believers to live according to their consciences.”

Although he has received a hostile reception from bishops in his country, Biden wears his faith on his sleeve, and carries the rosary beads of his late son, Beau, at all times. Biden comes to the presidency 60 years after John F Kennedy, the first Catholic to hold the office of president. Kennedy, however, rarely spoke about his personal faith and was constrained by anti-Catholic prejudice of the time.

Before arriving at his inauguration in Washington DC, the new president attended Mass at the Cathedral of St Matthew the Apostle where the homily was delivered by Jesuit priest, Fr Kevin O’Brien.

Another Jesuit, Fr Leo O’Donovan, was asked to give the invocation prayer at the inauguration. Fr O’Donovan, a former President of Georgetown University, is close to the Biden family and offered them steadfast pastoral support following the death of Beau from brain cancer at the age of 46. The priest has also encouraged the president to speak about how his faith has influenced his politics. During the prayer, Fr O’Donovan quoted the latest papal encyclical, Fratelli Tutti, which Biden has also cited in the past.

“Pope Francis has reminded us how important it is to dream together,” he said. “‘By ourselves,” he wrote, “we risk seeing mirages, things that are not there. Dreams, on the other hand, are built together.”

In his own speech, Biden stressed unity, urging those who did not vote for him “to give him a chance” while citing St Augustine of Hippo and the bible. He stressed that the last few weeks had showed that “there is truth and there are lies”, with the latter so often told for power and profit.

Biden added: “We must set aside politics and finally face this pandemic as one nation, one nation. And I promise you this. As the Bible says, ‘weep, ye may endure for a night, but joy cometh in the morning’. We will get through this together. Together.”

When it comes to the Pope and the Holy See, the new president can expect to find a willing collaborator, and a re-start button pressed.

On migrants, the environment and the death penalty, Francis and the Trump differed sharply. On one occasion, Trump tweeted approvingly about Archbishop Carlo Maria Viganò, the former papal ambassador to the United States, who called on the Pope to resign in 2018.

By contrast, Biden and the Jesuit Pope have an opportunity to build a transformative global partnership for the common good in ways that could echo how Ronald Reagan and John Paul II worked together to end the Cold War.

Both of them were young adults during the Second Vatican Council; both rose to positions of responsibility at relatively young ages and both underwent periods of personal darkness before reaching their positions of “destiny” much later in life.

Francis and Biden have both shown a desire to combat the divisiveness of nationalist populism, support multilateral institutions such as the United Nations and protect the environment. It is expected that one of the president’s first actions will be to rejoin the Paris climate agreement.

The Pope and the president won’t see eye-to-eye on everything, but unlike the last four years, Francis will now have an ally in the White House.