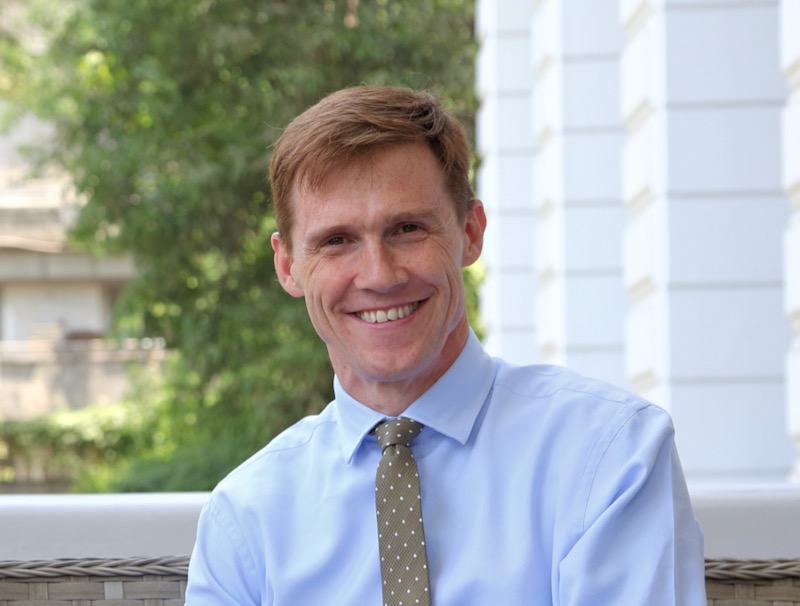 The UK’s former ambassador to Egypt has been appointed to run the British chapter of the Catholic-founded disability charity L’Arche.

John Casson CMG was announced as the new national leader of L’Arche UK on Friday. He describes himself as a Christian raised an Anglican and “enriched by Coptic Christians in Egypt, by Catholics, by charismatics and actually by some profoundly spiritual Muslims”.

Mr Casson has spent 20 years in Government roles, including as David Cameron’s Foreign Policy Adviser in Downing Street and then as British Ambassador to Egypt from 2014 to 2018.

He told The Tablet that link between his diplomatic posting and his new role was “building relationships across differences”.

While in Egypt he created a campaign, “Empower Egypt”, in which “women, young people, people with disabilities, young entrepreneurs, start-ups” would be encouraged, championed to an Egyptian audience and connected with British change-makers in their sectors.

He said he was “giving power away to them somewhat – the opposite of what people expects the old colonial power to be doing. By tweeting about this work – to more than one million Arabic-speaking followers – I was saying ‘there is a different way for a state to relate to a society than just controlling it’.”

On his return to Britain he realised he wanted to work with “as much wisdom and character and hope as I could, and that meant really deepening my own inner life”. L’Arche, he said, felt like “a homecoming”. He concluded: “L’Arche is a really human organisation in every sense of that word but at its best it’s beautiful and inspiring because it shows a more hopeful reality exists.”

L’Arche UK runs ten communities that bring together adults with and without learning disabilities, and globally the L’Arche movement runs 181 communities and projects in 38 countries. The organisation says these communities “create a culture of shared lives and seek to make society kinder and more human”.

Casson spoke to The Tablet from L’Arche’s community house in Bognor Regis in Sussex, where he was being inducted for a week. He said he had previously “small amounts of personal experience” of people with disabilities. Before being able to enter L’Arche Bognor he self-isolated for ten days and took three Covid tests to ensure he posed no risk to residents. He said the pandemic had shown how marginalised people with learning difficulties were. Because of their physical vulnerabilities, many had had severely limited contact with their families since March yet “were not so high up the priority list” for vaccines.

He said he saw scope for his role to have a political dimension, drawing attention to the gifts of people with learning disabilities. “What we have as an expression of important truths and values could be more … visible and connected, and that includes with policy-makers,” he said.

L’Arche was founded by Canadian Catholic Jean Vanier in France in 1964. Last February, less than a year after his death in May 2019, the organisation announced the findings of an internal inquiry that found that Vanier had abused six women without disabilities between 1970 to 2005.

Asked what was still needed to repair the damage done by the revelations, Mr Casson said work was ongoing. L’Arche UK has already strengthened its focus on the wellbeing of everyone involved in the organisation, and the charity’s umbrella body, L’Arche International, has initiated a study commission due out next year which is examining its history, culture and anthropology. He added that the scandal had shown that without the persona of Vanier, L’Arche had “a resilience which we trust will carry [it] through”, and had accelerated the “necessary … shift from founder-led to mission-led”.