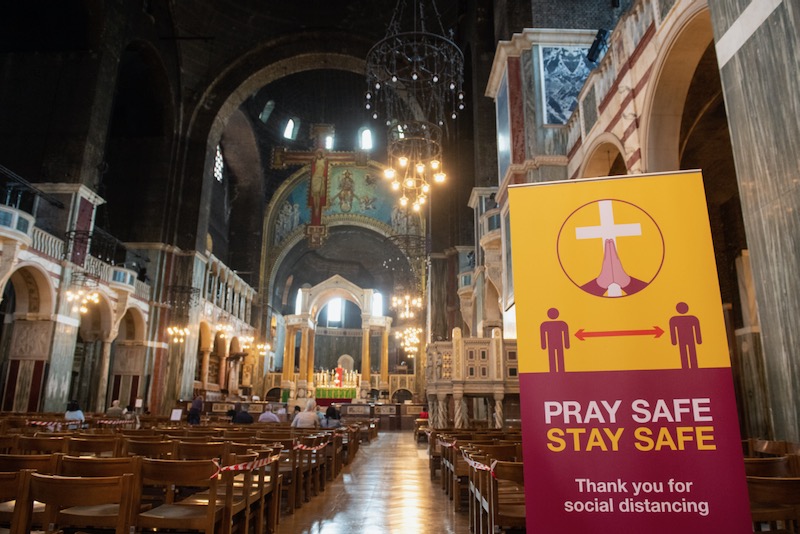 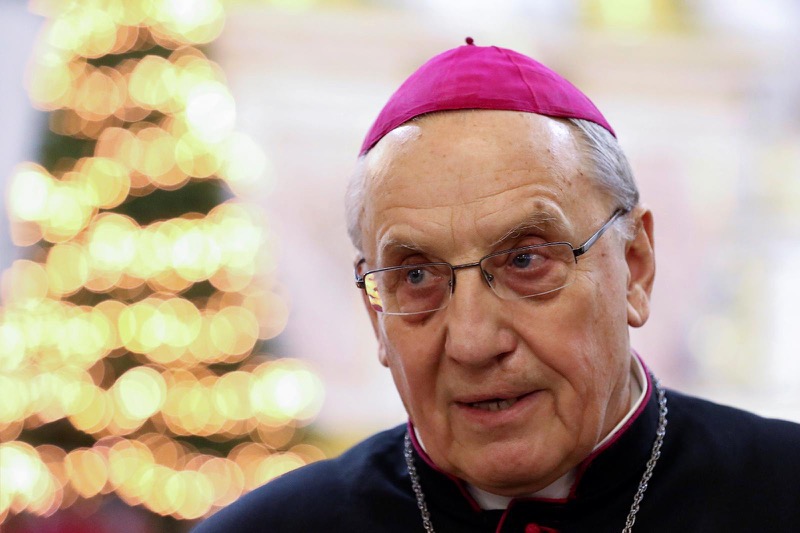 Archbishop Tadeusz Kondrusiewicz of Minsk, Belarus, at his cathedral after returning to Minsk on 24 December.
CNS/Reuters

The president of Belarus’s Bishops’ Conference has asked Catholics to accept his resignation, less than a fortnight after he was allowed to return from exile by the former Soviet republic's authoritarian government.

“In line with Canon Law, a bishop reaching 75 should ask the Pope to relieve him of his duties – the Pope has acceded to my request and this is a now reality we can't avoid,” said Archbishop Tadeusz Kondrusiewicz of Minsk-Mohilev. “I ask you to accept my replacement with an open heart, since the Church must live and survive even as its people change.”

The archbishop, who has headed the Belarus Church since 2007, broke the news of his departure at a Sunday Mass to celebrate his 75th birthday, attended in Minsk's cathedral by bishops and lay Catholics from the country's four dioceses. Meanwhile, his role in the Church's revival throughout the former Soviet Union was praised by the main preacher, Bishop Alexander Yashevsky, who said Archbishop Kondrusiewicz had gained “affection and authority” for his “active, restless nature”, as well as his commitment to democracy and “constant readiness for co-operation and dialogue”.

However, a senior Catholic academic said the resignation had caused “shock and consternation” among Church members and would be widely seen as a victory for the regime of President Alexander Lukashenko.

“This is hardly the right time for major changes – since he was only recently permitted to return, it was naturally expected he would stay on as metropolitan,” the academic, who asked not to be named, told The Tablet on Monday. “Most people here have little knowledge or understanding of theology and canon law, and have drawn their own negative conclusions, especially since Archbishop Kondrusiewicz's replacement is even older and has little experience of Church leadership. There has clearly been a deal between government and Vatican, with no one knowing the details.”

The Catholic Church claims around 15 percent of Belarus's 9.4 million inhabitants as members, and has repeatedly appealed for peace since disputed August elections, in which President Lukashenko, in power since 1994, was declared the winner with 80 percent of votes, triggering nationwide demonstrations.

Archbishop Kondrusiewicz was barred by border guards from returning home from neighbouring Poland on 31 August, after criticising police brutality against protesters, but allowed back on Christmas Eve after Minsk talks by a special Vatican envoy, Archbishop Claudio Gugerotti.

In a Christmas message, the archbishop expressed “deep gratitude” to those who had supported him through a “difficult time of trials”, as well as to the Pope and Vatican officials, and said he would continue working for Belarus's “spiritual revival”, as well as for a “peaceful solution of problems that arise”.

In a Sunday pastoral letter, Archbishop Kondrusiewicz recalled the Belarus Church's reconstruction from “conditions of militant atheism” following the Soviet Union's 1991 break-up, and said he hoped 2021 would be a year of sacramental revival. In a Vatican Radio interview last summer, he described Bishop Velikoselets as “a very educated person who knows how to talk with everyone”, adding that his preaching style – “simple and deep at the same time” – affected congregations “better than theological conversations”.