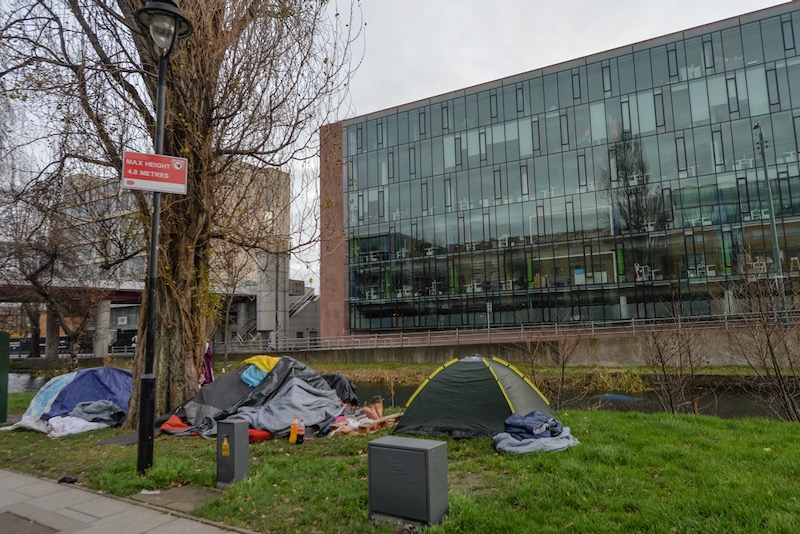 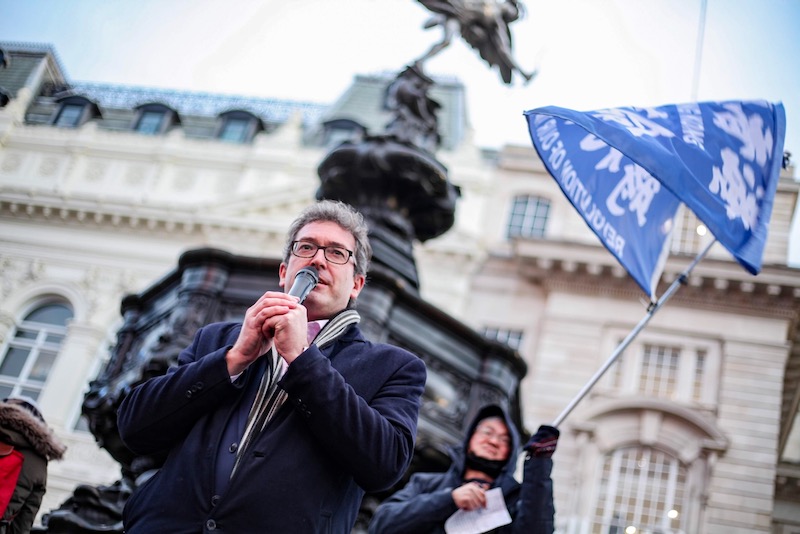 An influential advocate for the rights of persecuted minorities in China has gone on hunger strike today, Christmas Eve, in solidarity with prisoners of conscience.

Benedict Rogers, co-founder and chief executive of Hong Kong Watch, is staging a 24-hour fast and hunger strike today to highlight prisoners of conscience and persecuted people throughout China.

Mr Rogers had originally intended to hold a 12-hour protest in a cage outside the Chinese Embassy in London on Christmas Eve, with a seasonal theme based on the “12 days of Christmas”. He called for 12 hours of protest outside Chinese embassies around the world.

However, due to new Covid-19 restrictions in London, he postponed that plan and is instead publishing his open letters and undertaking a fast and hunger strike.

He is calling on China to free Hong Kong and all Hong Kong political prisoners, especially Jimmy Lai, Joshua Wong, Agnes Chow, Ivan Lam and the 12 Hong Kong youths imprisoned in Shenzhen as well as to stop the Uyghur Genocide and atrocities in Tibet.

He is also protesting against the persecution of Christians and Falun Gong in China, against forced organ harvesting and the imprisionment of Gui Minhai, the Chinese-born Swedish national abducted from Thailand and serving ten years in China

“I cannot be with my mother this Christmas, due to the pandemic. But there are many people throughout China who are separated from their families and loved ones because of the Chinese Communist Party regime’s inhumane repression,” said Rogers.

“This Christmas there are people in prison in Hong Kong and throughout China who can’t be with their parents, spouses, wives, relatives and friends – and worse, are languishing in dire conditions and subjected to physical and mental torture and slavery.

“I cannot, in good conscience, enjoy Christmas celebrations without remembering my Hong Kong, Tibetan, Uyghur, Christian, Falun Gong and Chinese dissident brothers and sisters. The very least I can do is sacrifice a few hours of my Christmas Eve in a symbolic gesture of solidarity and to call on the world to speak up for them and to confront the Chinese regime’s atrocious human rights violations. I hope others will join me around the world, at least in spirit, in these demands.”

In his Open Letter to Xi Jinping, Mr Rogers says the purpose of the action is “to let the peoples of China – and especially those imprisoned by your regime – know that they are not forgotten and not alone. And as they sit in their prison cells or concentration camps in different places across China this Christmas Eve, I hope they may know in their spirits that there are people in the free world speaking their names, calling for their release, ensuring that the world does not ignore their cries: Free Jimmy Lai, Joshua Wong, Agnes Chow, Ivan Lam, Andy Li, Free the 12 Hong Kong Youths jailed in Shenzhen, Free Gui Minhai, Free Li Ming-che, Free Michael Kovrig and Michael Spavor, Free Pastor Wang Yi … and all the others whose names we do not know or cannot record here.”

He adds: “In addition to all the individual prisoners of conscience across China, there are the big picture tragedies that keep my soul and conscience awake at night too: the genocide of the Uyghurs, the atrocities in Tibet, the persecution of Christians, Falun Gong practitioners and other religions, the repression of civil society, lawyers, bloggers, journalists, whistleblowers and dissidents, the broken promises and dismantling of freedom in Hong Kong, the barbaric forced organ harvesting, torture and slave labour. These things must stop.”

In a call to the international community, Mr Rogers says: “I want to awaken the world. Your regime, Mr Xi, not only represses its people, it threatens the free world. But we must not allow this to continue. Your regime is a bully, Mr Xi, and if there’s one thing every kid in the world knows in the school playground, it is to stand up to bullies. So this Christmas I urge everyone everywhere around the world – after fasting or hunger striking with me – to buy as much Australian wine as you can, and only Australian wine, and enjoy it.”