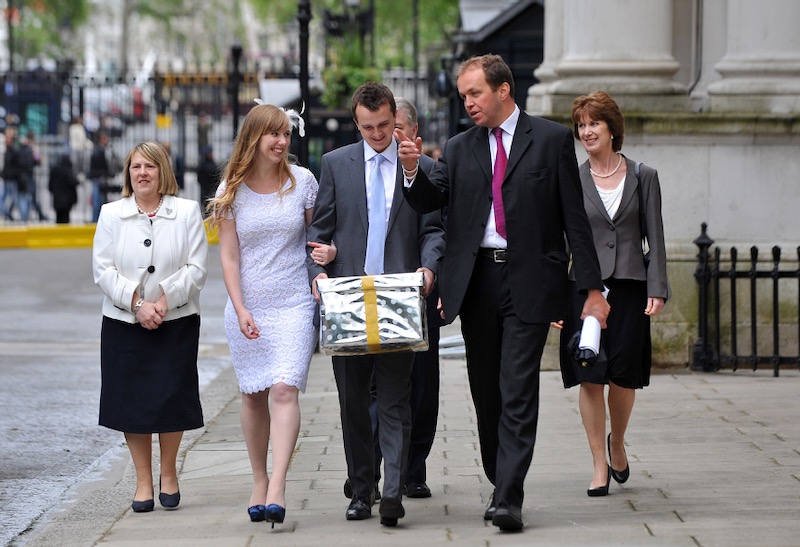 Pope advances sainthood cause of judge killed by Mafia 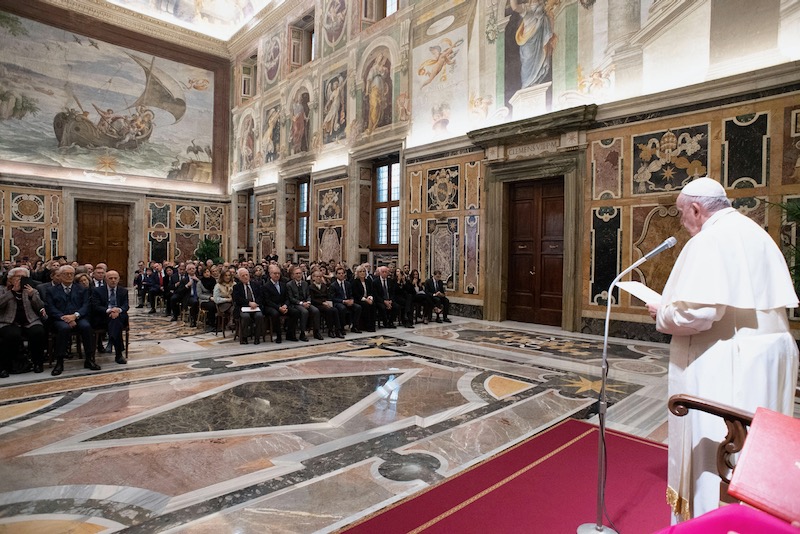 Pope Francis during a audience to the Members of the Rosario Livatino Study Centre at the Vatican in 2019.
Vatican Media/PA

Pope Francis advanced the sainthood causes of one woman and seven men, including an Italian judge who was murdered by the infamous Sicilian Mafia.

During a meeting yesterday with Cardinal Marcello Semeraro, prefect of the Congregation for Saints' Causes, the Pope signed a decree recognising the martyrdom of Rosario Livatino, who was murdered by four members of the Mafia organization, commonly known as Cosa Nostra, in 1990.

The Vatican published the decrees today.

Born in Sicily in 1952, Livatino worked as a prosecutor and often took on cases involving Mafia criminal activity. In 1989, he was appointed as an assistant judge. One year later, he was murdered by four Mafia assassins as he was heading to court.

During a pastoral visit the southern Italian city of Agrigento in 1993, St. John Paul II met with Livatino's parents and called him a “martyr to justice and, indirectly, to faith”.

Pope Francis, who has been outspoken in condemning the Mafia, has also praised Livatino for the consistency between his faith and his commitment to work and pointed to him as a role model for those who work in the field of law.

“Rosario Livatino left us all a shining example of how faith can be fully expressed in service to the civil community and to its laws, and of how obedience to the church may be linked with obedience to the state, in particular with the ministry, delicate and important, of ensuring the law is respected and applied,” the Pope said in November 2019 during an audience with members of the Rosario Livatino Study Center.

The recognition of Livatino's martyrdom clears the way for his beatification.

The other decrees signed by the Pope recognise the heroic virtues of seven candidates for sainthood; a miracle attributed to their intercession is needed before beatification. The seven are:

– Spanish Bishop Vasco de Quiroga, the first bishop of Michoacan, Mexico. He was born in 1470 and died in 1565.

– Italian Bishop Bernardino Piccinelli, a member of the Servite order who served as auxiliary bishop of Ancona. He was born in 1905 and died in 1984.

– Spanish Father Antonio Vicente Gonzalez, a parish priest in the Grand Canary Islands. He was born in 1817 and died in 1851.

– Italian Father Antonio Seghezzi, a priest who, after opposing the policies of Nazi Germany and fascism in Italy, was deported to the Dachau concentration camp where he died of tuberculosis in 1945 at the age of 38.

– Italian Father Bernardo Antonini. Born in 1932, he dedicated his life as a missionary in the former Soviet Union. He died in Kazakhstan in 2002.

– Salesian Father Ignatius Stuchly, a Polish priest who was the first Salesian provincial in the former Czechoslovakia. He died in 1953.

– Italian Sister Rosa Staltari, member of the Daughters of Mary, the Most Holy, Co-Redemptrix. She was born in 1951 and died in 1974.

mafia Catholic news Congregation for the Causes of Saints