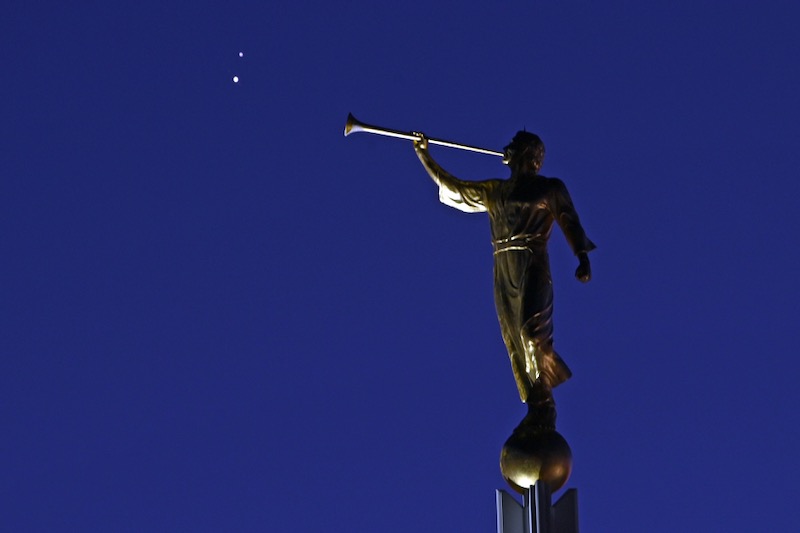 The 'Star of Bethlehem' – in the sky tonight 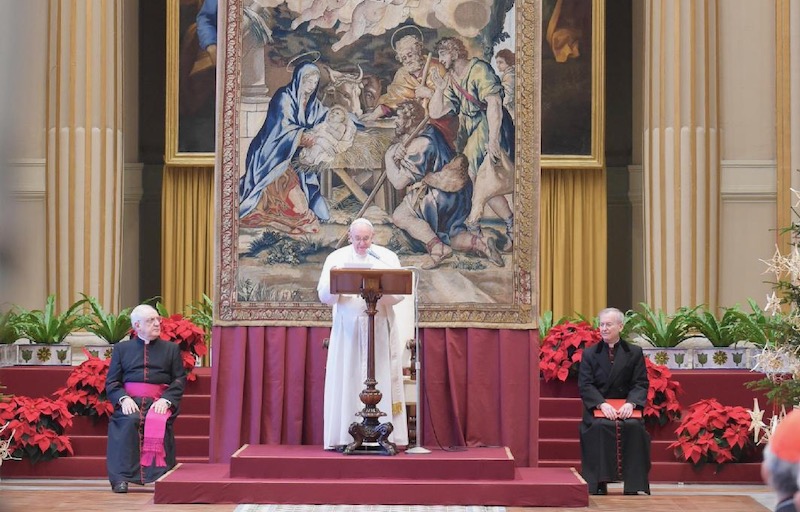 The Church should not be judged too swiftly by past scandals as every crisis offers the opportunity for a new beginning, Pope Francis told the Roman Curia in his Christmas message.

After a year in which the Vatican has grappled with a global pandemic and financial scandals, and where Covid-19 restrictions saw the closure of church buildings across the globe, the Pope urged his closest collaborators not to try and shield themselves from difficulties.

But he also warned the Church's central administration against using crises to fuel internal church conflicts which Francis denounced as an “occasion for evil” and like being trapped in a labyrinth.

“This is the Christmas of the pandemic, of the health, economic, social and even ecclesial crisis that has indiscriminately struck the whole world,” Francis, 84, told the cardinals and bishops who had gathered under an array of renaissance frescoes inside the 16th century Clementine Hall.

“The pandemic has been a time of trial and testing, but also a significant opportunity for conversion and renewed authenticity.”

In previous years, the Pope has used his Christmas address to deliver tough words to the Roman hierarchy including on one occasion when he listed the spiritual “diseases” afflicting the Vatican.

This year, the message to those present in the Vatican’s apostolic palace today was more upbeat.

Francis pointed out that the great figures of the Old Testament – Abraham, Elijah and Moses – all underwent crises, as did the Apostle Paul who experienced a “religious crisis” following his conversion on the Road to Damascus. Jesus, the Pope went on, suffered the “indescribable crisis” of “solitude, fear, anguish” followed by death on the cross, and it is the message of the Gospel which “is the first to put us in crisis.”

Too often, however, Catholics forget these salient details.

“This reflection on crisis warns us against judging the Church hastily on the basis of the crises caused by scandals past and present,” Francis said. “Those who fail to view a crisis in the light of the Gospel simply perform an autopsy on a cadaver.”

It is our unwillingness to face a crisis, the Pope added, which leaves us “forlorn and fruitless”, and by running away from dramatic difficulties “we hinder the work of God’s grace”.

The Jesuit Pope then offered some spiritual guidance.

“If a certain realism leads us to see our recent history only as a series of mishaps, scandals and failings, sins and contradictions, short-circuits and setbacks in our witness, we should not fear. Nor should we deny everything in ourselves and in our communities that is evidently tainted by death and calls for conversion,” he said.

“If we can recover the courage and humility to admit that a time of crisis is a time of the Spirit, whenever we are faced with the experience of darkness, weakness, vulnerability, contradiction and loss, we will no longer feel overwhelmed. Instead, we will keep trusting that things are about to take a new shape, emerging exclusively from the experience of a grace hidden in the darkness.”

But the Pope emphasised that crisis should not be turned into conflicts. For Francis a “crisis generally has a positive outcome” while “conflict always creates discord and competition,” and leads to the formation of different camps. He urged the curia to stop gossiping and beak out of the “stifling state” of self-absorption.

“When the Church is viewed in terms of conflict – right versus left, progressive versus traditionalist – she becomes fragmented and polarised, distorting and betraying her true nature. She is, on the other hand, a body in continual crisis, precisely because she is alive,” the Pope said.

“A crisis is itself movement, a part of our journey. Conflict, on the other hand, is a false trail leading us astray, aimless, directionless and trapped in a labyrinth; it is a waste of energy and an occasion for evil.”

Renewal in the Church, Francis explained, can only come if people have the “courage to be completely open” and stop seeing reform “as putting a patch on an old garment” or just “drafting a new Apostolic Constitution.” A new constitution for the Roman Curia is set to be released in 2021 and is designed to ensure the whole of the Vatican is focussed on missionary evangelisation.

At the end of his address, the Pope asked for a “Christmas gift” from the curial officials in the form of “generous and whole-hearted cooperation in proclaiming the Good News above all to the poor.” He then cited a saying from the late Brazilian archbishop, Dom Helder Câmara: “when I give food to the poor, they call me a saint, but when I ask why the poor are hungry, they call me a communist.”

He then gave his collaborators two books as Christmas presents. The first was a life of Blessed Charles de Foucauld, the priest, hermit and martyr who served in North Africa, and who Francis described as “the master of crisis”. The second is Olotropia, written by Fr Gabriele Maria Corini, and only available in Italian which is a Christian guide to coming through the pandemic. The word “Olotropia” is means to “move towards the whole” and is derived from the Greek words “òlos” and “trepèin.” Fr Corini is a biblical scholar from the Diocese of Albenga-Imperia in northern Italy who Francis said was a disciple of the late reform-minded cardinal and biblical expert, Carlo Maria Martini.