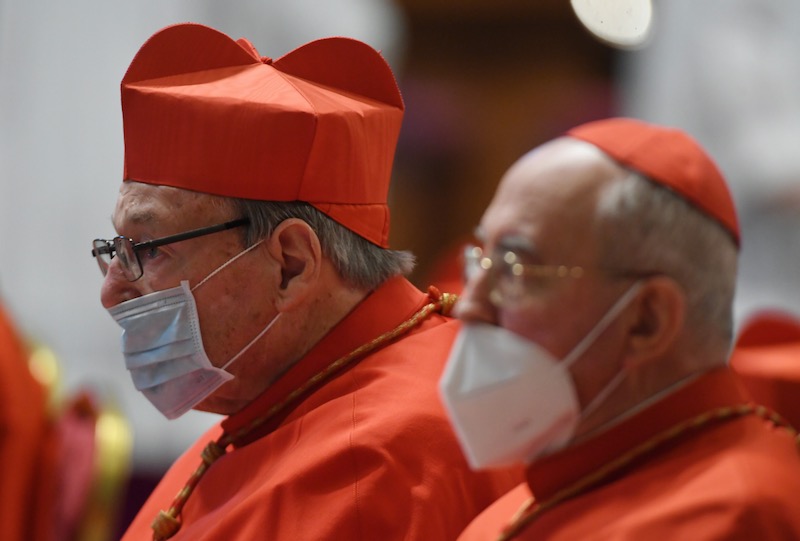 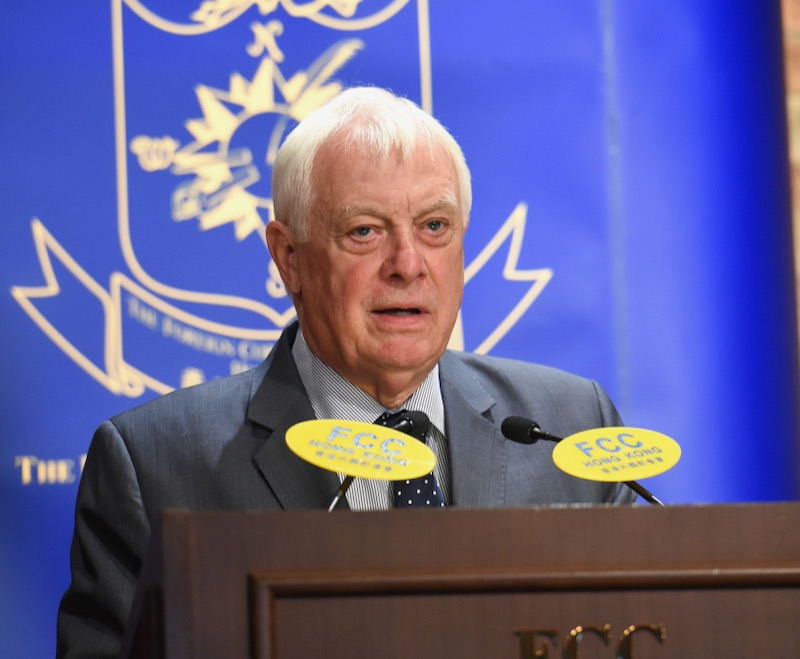 Baron Patten of Barnes has strongly criticised the Vatican’s bilateral agreement with China as “wholly wrong” and said the Holy See has been “exceptionally badly advised” on the matter.
In an online discussion, China and the Liberal Democracies – do we face a new Cold War? for The Tablet’s webinar series, Chris Patten, who was as the 28th and final Governor of Hong Kong from 1992-1997, acknowledged that in making the deal, the Vatican was trying to protect priests and bishops in China but he said: “Exactly the opposite has been happening”.
He continued: “The idea that this is a good time to do deals with the Chinese Communist Party is, I think, astonishing.” He highlighted how the rise to power of President Xi Jinping had seen a crackdown on human rights and freedom of religion.
Noting that the terms of the Vatican-China deal, which was renewed in October, have not been published, Baron Patten said that what had been gleaned about it suggested it would not pass the “Dietrich Bonhoeffer test”.
Bonhoeffer, the Chancellor of Oxford University recalled, had said that “silence in the face of evil is itself evil. He said that not to speak is to speak, not to act is to act, when people are doing terrible things.”
He appealed to the Vatican to “tell us what is in the deal; tell us how many priests and catholic members of the laity have been freed from prison since the deal was made. They should tell how many have been put in prison or stopped from celebrating Mass. They should tell us how many churches have survived and whether it is true that crucifixes are still being torn down.”
He said the Church’s status in the world was as an organisation which expresses a moral view about peace and justice and moral concern about what is happening as Pope Francis had said in his most recent encyclical and in the book, Let Us Dream – A Path to a Better Future.
“If people aren’t concerned about the harvesting of human organs, if they are not concerned about repression in Tibet and terrible repression in Xinjang – then they really should be,” a reference to the treatment of the Uighur Muslims by the Chinese authorities.
The former Minister for Overseas Development and Chairman of the Conservative Party likened the repression of the Uighurs to the treatment of the Jews in 1930s and 40s in Europe.
“If we are honest the Catholic Church doesn’t have a brilliant record – I don’t think that we have always been at our best when we deal with authoritarian regimes,” he said.
But Lord Patten also paid tribute to Cardinal Bo in Myanmar for his courage in speaking up “bravely” against China over the pro-democracy protests in Hong Kong and the plight of the Uighurs, just as he spoke out bravely against the treatment of the Rohingya in his own country.
He also reminded listeners of the number of Catholics among Hong Kong’s democracy movement and the movement in favour of the rule of law. Martin Lee Chu-ming, the founding chairman of the United Democrats of Hong Kong and its successor, the Democratic Party, the flagship pro-democracy party, is a daily communicant.
Other Catholics include Anson Maria Elizabeth Chan and pro-democracy tycoon Jimmy Lai who was recently seen taken into court in handcuffs and chains.
The former British Conservative politician also decried the Vatican’s treatment of Cardinal Joseph Zen, who has been outspoken on China’s restrictions on human rights, political freedom, and religious liberty.
Describing the former bishop of Hong Kong as “feisty”, Patten said that when Zen goes to Rome to try to see the Pope “he is kept standing in St Peter’s Square and nobody will see him – that is disgraceful. When Catholic leaders are still prepared to shake hands with the Chinese foreign minister, it seems to me extraordinary not to see a Cardinal just because he disagrees with the political line taken on the Chinese communist leadership by the Vatican.”
Recalling his and his family’s time in Hong Kong, Baron Patten said: “I was so proud to be a Catholic in Hong Kong – prouder than I have ever been anywhere else because I saw how much wonderful work the Catholic Church was doing: the Maryknoll Fathers, the Pontifical Institute for Missions Overseas as well as others. There was great liturgy and great schools. Will those schools now be obliged to teach young people to be patriotically Chinese and will they be asked to forget about Tiananmen Square?” he challenged.
“I am a huge, unqualified admirer of the Pope but I think this policy which has been visited upon him is wholly wrong.” He added, “What we have to do when the Chinese behave badly – we have to all be prepared to stand up to them and to do it together.”
Back to articles