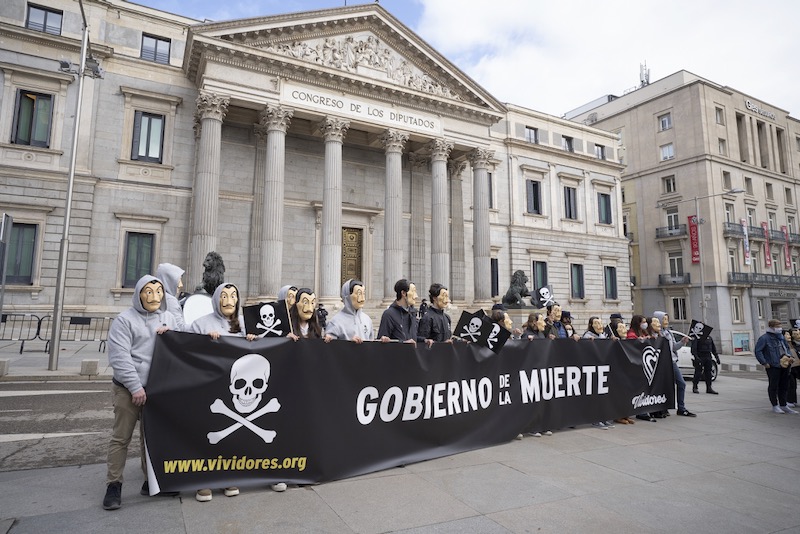 A Catholic bishop in Belarus has warned his Church is being barred from “telling the truth” and “living under a system of repression” after the arrest of four priests on charges of incitement and participation in unauthorised events.

“We are trying to speak the truth, and this truth is pushing us to oppose all forms of repression,” said Bishop Yuri Kasabutsky, an auxiliary now running the Minsk-Mohilev archdiocese on behalf of its exiled leader, Archbishop Tadeusz Kondrusiewicz. “I myself have received a warning notice from the authorities for words I've spoken, and been told they will arrest me if I don't stop. But I've told them I feel no fear.”

The 50-year-old bishop spoke as a Catholic priest, Fr Vyacheslav Barok, was freed in the eastern city of Vitebsk after 10 days’ imprisonment, while three others remained in detention for speaking out against regime violence.

He told Italy's Servizio Informazione Religiosa (SIR) that accusations of incitement were being “used to control actions by the Church”.

However, he added that local judges appeared uncertain how to handle the arrested clergy, suggesting the justice system in Belarus does not depend on the law.

“We are living under a system of repression and the Catholic Church is also suffering from this,” said Bishop Kasabutsky, who was summoned by prosecutors in November in connection with his public statements. “The government authorities say there's no violence here, and this is why they are pressuring the Church and arresting priests. They want to force us to say everything is fine and the government is doing well. Telling the truth is now prohibited.”

With four dioceses and around 500 parishes, the Catholic Church claims around 15 per cent of Belarus's 9.4 million inhabitants as members, and has appealed repeatedly for dialogue since disputed August elections, in which President Alexander Lukashenko, in power since 1994, was declared the winner with 80 per cent of votes, triggering nationwide protests.

However, prominent clergy have also spoken out against harsh actions by the security forces, who have arrested up to 30,000 people in the last five months, killing at least six and leaving thousands injured.

Fr Barok was detained in late November with Fr Vitaly Bystrov, from the country's Greek Catholic minority, after sending an appeal to the Pope, accusing President Lukashenko's regime of “starting a war on its own people” since the “rigged elections” while “laughing at truth and trampling on justice”.

“Those who disagreed with this injustice are now thrown into prisons, fired from work, expelled from universities, beaten, tortured, denigrated and killed,” said the priest, who appeal was posted on social media. “As someone who opposes lies and violence and is consequently against fascism, communism and all ideologies built on these teachings, I've had to explain to the law enforcers why I am taking a stand against this evil.”

A Jesuit priest, Fr Viktar Zhuk, and another Greek Catholic, Fr Alyaksei Varanko, were also arrested last week on charges of participating in authorised events. However, in his SIR interview, Bishop Kasabutsky insisted Catholic clergy were unafraid, and routinely gained strength from popular faith among Belarus's Catholics, thousands of whom were currently flooding the country's churches.

“We are asking Europe's churches to pray for us, and we know many people, not just in Europe, are already doing so,” the Minsk-based auxiliary said. “The strength of this prayer gives us the spirit of Jesus, who helps us be close to our people, promoting fraternal love, reconciliation and forgiveness at all levels. These are the only ways we can build a new future for our country together.”

Archbishop Kondrusiewicz, who heads Belarus's eight-member Bishops Conference and was barred by border guards from returning home from neighbouring Poland on 31 August, is to submit his formal resignation to Pope Francis when he turns 75 on 3 January.