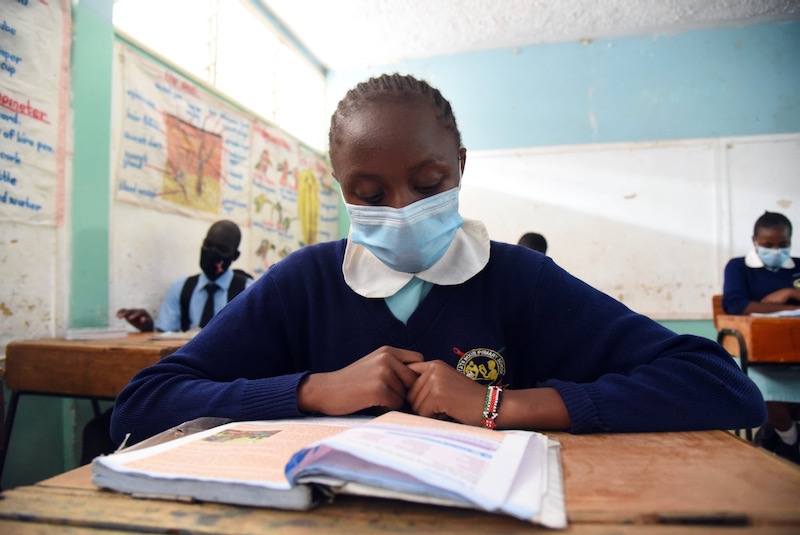 Cardinal Vincent Nichols pictured reading out an apology for child abuse scandals back in 2010.
ohn Giles/PA

Devastated head teachers, teachers and other education experts have spoken of their anger regarding the Catholic Church’s handling of the case of Fr Joseph Quigley, an authority and adviser to bishops on Catholic education, who has been convicted of child sex abuse.

Quigley, 56, was found guilty on December 3 at Warwick Crown Court of physical and sexual abuse – but 12 years after Birmingham archdiocese, when it was led by Archbishop Vincent Nichols, first learned of his abuse and did not immediately report Quigley to the police.

Now survivors of abuse have complained to the papal nuncio about the handling of the case. It emerged during Quigley’s trial that the Archdiocese of Birmingham chose not to inform the local constabulary when it first heard of allegations against him in 2008 but instead sent him for treatment.

Even when he was first diagnosed in the UK as a sexual sadist, the archdiocese still declined to inform investigating officers, opting instead to seek advice from a police officer member of the Birmingham safeguarding commission and then send him to the US for treatment for six months. Legal experts and police say this is not equivalent to reporting an allegation to police investigators.

Quigley’s trial heard evidence about a case from the 1990s which the archdiocese learned about in 2008 and which triggered its decision to send him for diagnosis. But it focused on another case which took place from 2006-2008 when he abused another boy and was reported by a third party in 2012. He was convicted of sexual activity with a child, sexual assault, false imprisonment and cruelty.

Judge Peter Cooke echoed the assessment centre’s diagnosis of him being a sexual sadist and voyeur. He will be sentenced next month.

Now a group of survivors of child sexual abuse has written a letter of complaint to the papal nuncio, Archbishop Claudio Gugerotti, about the case and protested that Cardinal Nichols is still in post.

The cardinal came under pressure to resign following severe criticism of his handling of abuse cases by the Independent Inquiry into Child Sexual Abuse (IICSA) which published its report into the Catholic Church in November.

Before the report was published, Cardinal Nichols informed Pope Francis of his resignation, as is the convention when a bishop reaches 75. The Pope asked him to stay on.

In their letter to Archbishop Gugerotti, in which they also ask to meet him, the survivors write that they are “astounded that Cardinal Nichols has not stepped down”. And they complain that the Pope’s standing by Cardinal Nichols is “an endorsement of a culture that has allowed the Church to prioritise the protection of its own reputation over the interests of victims and survivors,” and referred to the Quigley case.

During Quigley’s trial the court heard that the UK clinic which assessed Quigley warned that: “He must be considered at risk of repeating the same or similar behaviours in the future.”

In early 2009, Quigley was flown to the US for six months of “rehabilitation” at a centre for Catholic clergy.

At the time that the first allegations against Quigley were made in 2008, he was both director of education for the Birmingham archdiocese and national adviser on religious education for the Catholic Education Service (CES), of which Archbishop Nichols was chair.

But when he disappeared for his rehabilitation treatment, CES staff were not informed of the allegations against Quigley and the potential risk to children. They and others were led to believe that he was ill.

As well as heading the CES, Archbishop Nichols was chair of the Catholic Office for the Protection of Children and Vulnerable Adults (COPCA),which had commissioned a review of the 2001 Nolan child protection regulations, from Baroness Julia Cumberlege.

She reported in 2007, recommending that when an allegation against a priest was made, a diocese “must, if there is any suspicion that a criminal offence has been committed, bring it to the notice of the statutory agencies for their consideration and investigation”.

Cumberlege also made clear that the ultimate responsibility rested with the bishop of the diocese.

In 2009, when Archbishop Nichols had moved to be Archbishop of Westminster and was succeeded in Birmingham by Bernard Longley, Quigley returned to the UK and was placed under restrictive measures.

However, a photograph taken in 2009 shows him celebrating Mass in St Thomas More Primary School, surrounded by children, and a 2011 report, posted online, reveals that he made an section 48 inspection of religious education at Rye St Anthony, a Catholic independent school in Oxford, within the Archdiocese of Birmingham.

Such an inspection is initiated by a diocese. For years Quigley had been a much-respected expert on Catholic education.

In 2001 he produced Birmingham’s sex education manual, All That I Am, in which he recommended children of nine should be taught about sex.

This led him to be consulted by the authors of a Department of Health study on sexuality. In it he was quoted as saying for children, sexual “maturation is taking place earlier. We don’t want to leave children hostage to society. If we talk about sexuality as a gift, clearly we want to introduce them to that at an appropriate level.”

Now, educators have spoken out by Fr Quigley’s involvement in sex abuse, describing it as the last straw and that it beggars belief. Last week, Archbishop Longley, said that he would pray for those who suffered and for Fr Quigley.

Birmingham Archdiocese says it is committed to improving safeguarding and is further reviewing the Quigley case.

In a statement the Archdiocese said: “The Archdiocese was not legally represented at the recent court proceedings, however it has fully co-operated with the police and statutory agencies and in light of the outcome of this trial, is reviewing its past records in relation to this matter with a view to informing and improving its safeguarding practice and responses.”

Cardinal Nichols said: “I am sorry for all the suffering and damage that Joseph Quigley’s actions have caused.”

One Birmingham teacher said: “I feel absolute horror. That the archdiocese sent him to conduct an section 48 inspection when he came back from America beggars belief.”

Cyril Cooper, a former headteacher who worked in Catholic schools in the Birmingham archdiocese for more than 30 years, said: “Many excellent colleagues who worked beyond the call of duty to help vulnerable children will feel betrayed by these revelations.

“How do Cardinal Nichols and Archbishop Longley imagine the laity can ever trust them to protect our children? There is currently a crisis in the church, not because there have been child sex abusers, but because bishops protect them at the expense of children.”

Francis Davis, a professor of religion and public policy at the University of Birmingham, said: “After IICSA, Quigley is the final straw and surely causes us as Catholics to doubt the Cardinal can continue in his position”.

Diana Klein, who worked with Quigley when he was chair of the National Board of RE Inspectors and Advisers, said she was “dismayed to learn that a man I worked closely with and respected has turned out to be guilty of such abuse”.