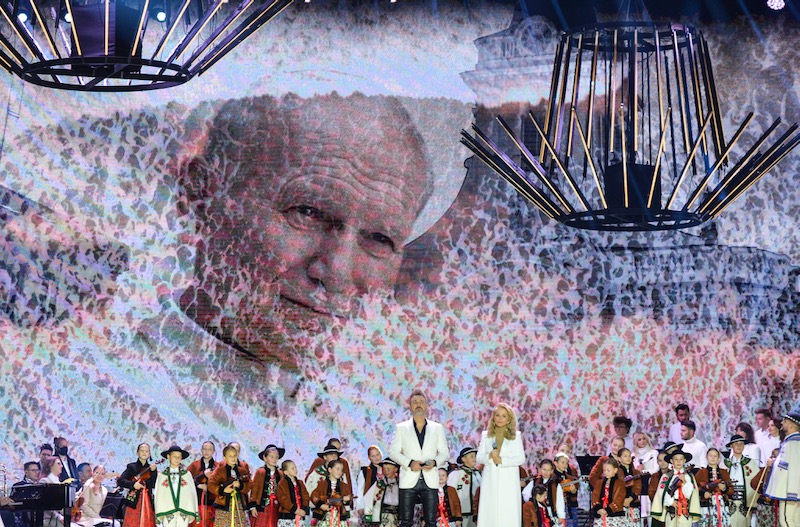 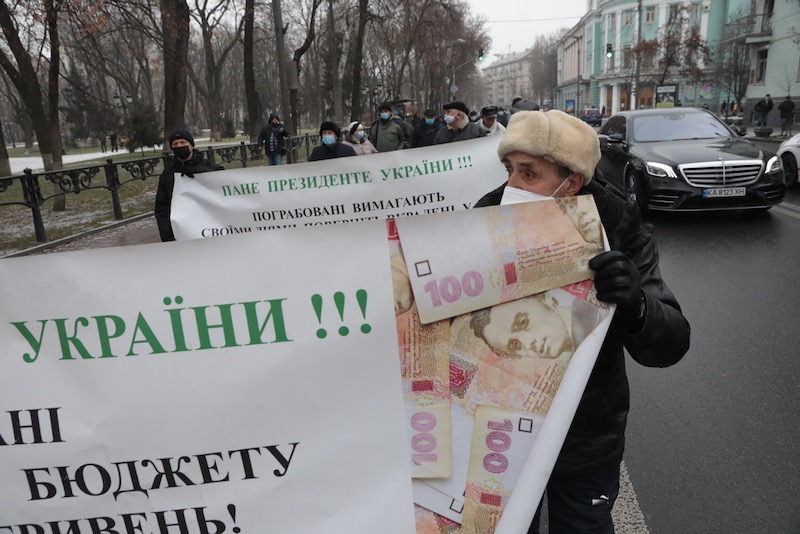 Veterans protest yesterday in Kiev calling for improvements to the police and military pensions of more than half a million people.
Hennadii Minchenko/PA

The head of Ukraine's Greek Catholic Church has attacked his country's rich oligarchs, accusing them of ignoring the common good, while “gaining property but not wisdom”.

“The list of such madmen can be read at each year's end, when the world's magazines compile their rich ratings for our time”, said Major Archbishop Svietoslav Shevchuk of Kiev-Halych. “Being rich in God means using and rejoicing in what God gives you and being able to use it properly, but never putting earthly wealth, property and money in God's place. For then your labour and its fruits become a weighty tyrant taking away your freedom.”

Preaching to Ukrainian Catholics on Armed Forces Day, the 50-year-old archbishop said the Church's “prophetic voice” warned oligarchs they risked “having life and soul taken away” by the “cruel slaver-owner” comprising their own wealth.

“An oligarchic state cannot be strong and independent, because such madmen do not know how to do wise deeds for the common good”, added Archbishop Shevchuk, whose Kiev-based Church combines eastern rites with loyalty to Rome. “Any state which seeks to be powerful and enduring must take care not only of itself. But such people can be more dangerous for a country than its external enemies.”

Church leaders have warned repeatedly of the need to curb graft and strengthen the rule of law in Ukraine, which is widely considered Europe's most corrupt country after neighbouring Russia. In 2017, the country established a Special Corruption Prosecutor and National Anti-Corruption Bureau, while its president, Volodymyr Zelensky, pledged at his 2019 election to take further measures.

The prevalence of corruption and excessive wealth differentials is widely seen as a key vulnerability in Ukraine's current war with Russia-backed separatists in its eastern Donetsk and Luhansk regions, which has left at least 13,200 dead since April 2014.

In his Sunday homily, Archbishop Shevchuk said the country's armed forces could serve as “teachers of wisdom to the oligarchs” in demonstrating there was “something more valuable than money”.

“For freedom and independence, for the native land and the possibility of peaceful work, each of them has given and is still giving the most valuable thing a person has – his life”, said the Greek Catholic leader. “As we pray for our soldiers, we remember all those who gave their lives defending our independent state, who acted wisely and became truly rich in God.”