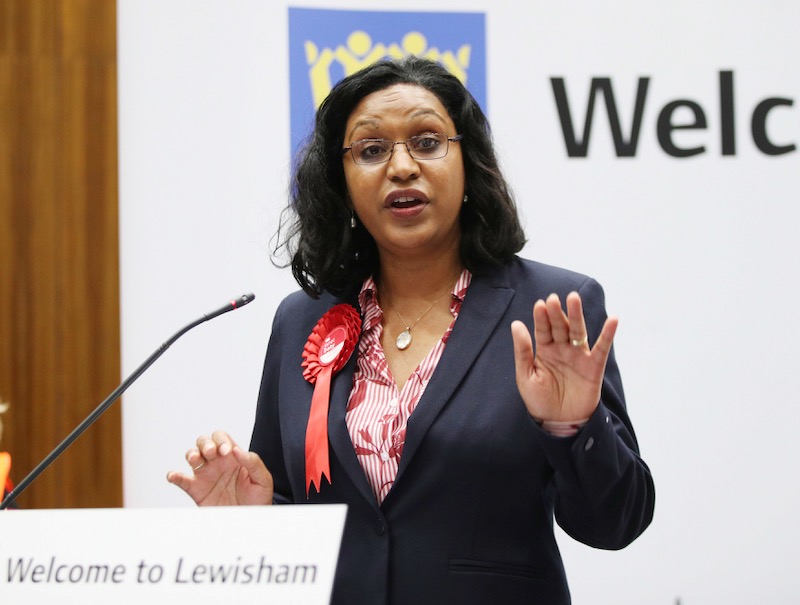 Pope Francis with the President of Iraq Barham Salih in the private library in the Apostolic building at the Vatican, earlier this year..
Evandro Inetti/PA

Pope Francis is to become the first Pope to visit Iraq by travelling to the country in a trip designed to show solidarity with persecuted Christians, promote peace in the Middle East and inter-religious harmony.

The Vatican announced that Francis, who turns 84 this month, is to make the historic visit on 5-8 March 2021 which will see him to travel to the city of Ur, the birthplace of Abraham, along with Baghdad, Erbil, Mosul and Qaraqosh on the Nineveh plain.

It will be the first foreign trip for a Pope in 15 months with Francis grounded in the Vatican due to Covid-19 restrictions. The Holy See said the trip “will take into consideration” the “worldwide health emergency” while the Vatican has reportedly ordered doses of the Covid-19 vaccine. Francis and his entourage are expected to be vaccinated before the trip takes place.

A papal trip to Iraq has been on the cards for some time, with the Pope repeatedly talking about his desire to travel there. On 10 June 2019, he said: “I think constantly of Iraq, where I want to go next year,” while Cardinal Pietro Parolin, the Holy See’s Secretary of State, spent Christmas 2018 in the country.

Francis’ trip is likely to highlight the plight of Christians in the country who have seen their numbers radically reduce over the last two decades due to Islamic State and extremist groups driving out minority groups. Since the United States’ led invasion of Iraq in 2003 the number of Christians has gone from 1.5 million to 250,000 pushing the ancient church community close to extinction. Iraq is one of the few places in the world where Aramaic, the language of Jesus, is still spoken.

The security situation in the country makes the Pope’s visit risky, but Francis has shown in the past he is willing to put his life in danger for causes close to his heart. One of those is building bridges between religions and in 2015 he travelled to the war zone of the Central African Republic to appeal for an end to fighting between Christian and Islamist-inspired militia groups.

His trip to the land of the Old Testament offers an opportunity to show the commonalities between the Abrahamic faiths – Christianity, Islam and Judaism – and the importance of dialogue between religions. In 2019, the Pope said he hoped Iraq “can face the future through the peaceful and shared pursuit of the common good on the part of all elements of society, including the religious, and not fall back into hostilities sparked by the simmering conflicts of the regional powers.”

Previous Popes have wanted to visit Iraq. In 2000 John Paul II  announced he wanted to go to the city of Ur in a three-part tour which would include Egypt and Israel. But the visit never happened when negotiations between the Vatican and the government of then-Iraqi leader Saddam Hussein broke down.

St John Paul II would later adopt a strong stance against the 2003 war, saying that it failed to satisfy just war requirements and dispatching envoys to Washington DC and Baghdad to appeal for dialogue rather than conflict. The Polish Pope also opposed the 1990-91 Gulf War in Iraq describing it as an “adventure with no return”, although he did condemn the Hussein-led invasion of Kuwait. Francis' trip takes place 30 years on from the end of hostilities for the first Iraq war, and the Pope is due to make his visit a pilgrimage of peace.

Catholics in Iraq belong to the Chaldean Church, which is led by Cardinal Louis Sako, the Patriarch of Babylon of the Chaldeans. He was made a cardinal in 2018 by Francis. In the same year, the Pope appointed a Dominican priest, Fr Najib Mikhael Moussa, as Archbishop of Mosul, who has spent years preserving Iraq’s ancient heritage, and digitising manuscripts. At one point, when Islamic State had been sweeping through the northern part of the country, he filled up his car with rare manuscripts and moved them to safety. The archive includes Christian, Muslim, Jewish, and Yazidi papers on theology, mathematics, literature, and history. He was nominated for the 2020 Sakharov Prize for Freedom of Thought.