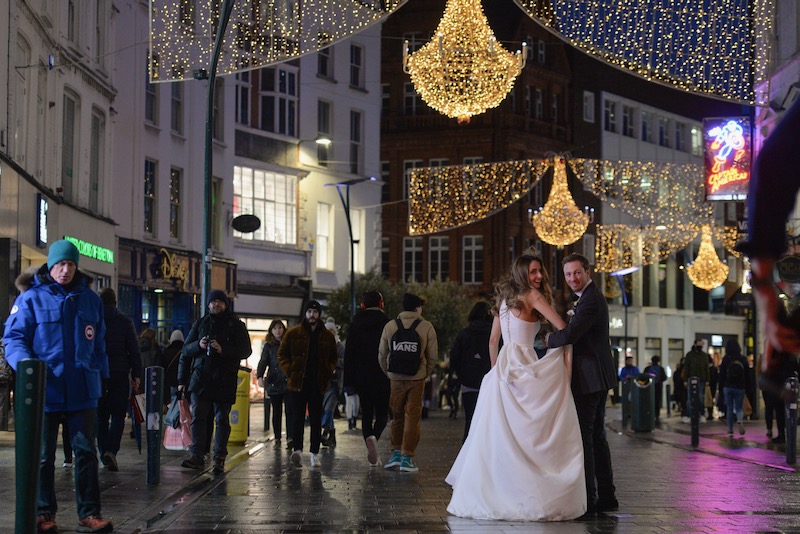 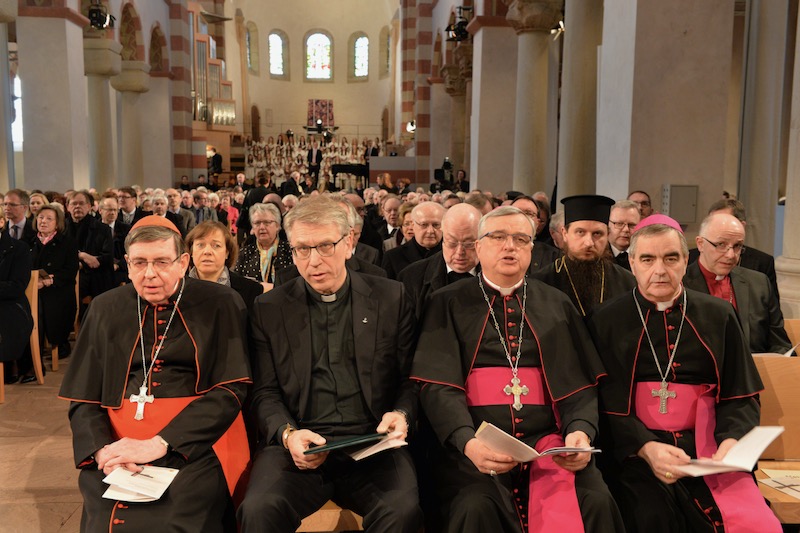 Cardinal Kurt Koch, left, at an ecumenical gathering in Germany in 2017.
Julian Stratenschulte/PA

Working for Christian unity can no longer be seen as “optional” by bishops and Catholics should avoid polemics when it comes to ecumenical dialogue, according to a new document released by the Vatican.

The Pontifical Council for Promoting Christian Unity has released a guidebook, known as a “vademecum”, offering practical recommendations for bishops on how to promote unity between Christians.

“The bishop’s ecumenical engagement is not an optional dimension of his ministry but a duty and obligation,” it states. “Concern for unity must inform every part of his ministry: in his teaching of the faith, in his sacramental ministry, and through the decisions of his pastoral care, he is called to build and strengthen that unity for which Jesus prayed at the Last Supper.”

The document encourages bishops to pray “personally and publicly for other Christian leaders” to promote ecumenical work online and appoint ecumenical officers and commissions.

It also warns against using disputatious arguments or “misrepresenting the positions of other Christians” and that Catholics should focus on “weighing truths rather than simply enumerating them”.

Theological disagreements, the guide explains, need to be addressed “in a manner which lays aside the polemical language and prejudices of the past”.

But one of the biggest stumbling blocks in Catholic-Anglican unity efforts remains Pope Leo XIII’s 1896 papal bull that Anglican orders are “absolutely null and utterly void”.

During a 4 December press conference at the Vatican to release the document, Cardinal Kurt Koch, the president of the pontifical council, was asked by The Tablet whether, in light of the document calling for an end to the polemical language of the past, Leo XIII's teaching could be revised.

“I think we must have a better interpretation,” Cardinal Koch said. The question of validity, he said, needs to be studied and should go beyond “is it valid, or is it not valid?”

He added: “I think it's a very important question because the validity of the ordination is the biggest obstacle for sharing the same altar and in this sense, we must work on this question very hard.”

But the Swiss prelate pointed out that the ordination of women as priests and bishops created “a new problem” as “the Catholic Church cannot accept this decision in our Church”.

Three years ago, one of the Vatican’s most respected legal minds suggested Leo XIII’s bull could be revised. Cardinal Francesco Coccopalmerio, now the former President of the Pontifical Council for Legislative Texts, said: “When someone is ordained in the Anglican Church and becomes a parish priest in a community, we cannot say that nothing has happened, that everything is ‘invalid’.”

The 26-page guidebook was approved by Pope Francis who throughout his pontificate has adopted an approach of “walking together, praying together and working together” with other Christians. He has focussed on what unites denominations rather than that which divides and in 2016 travelled to Sweden to mark the 500 years since the Reformation.

The question of sharing communion with Christians from other denominations is also addressed in the new document, although effectively re-states current rules which allow this to happen in “certain circumstances”.

It is an issue that has been hotly debated during the Francis pontificate. In 2015, the Pope suggested that Lutherans could take communion during Mass, although he later put the brakes on proposals by German bishops for greater eucharistic sharing between Catholics and Protestants.

The general thrust of the latest Vatican initiative is to encourage bishops to embrace ecumenism, and do what they can to build up unity.

Cardinal Luis Antonio Tagle, Prefect of the Congregation for the Evangelisation of People, was among those who took part in the press conference to launch the guidebook and he stresses that a “lack of unity among followers of Jesus” undermines evangelisation.

“The non-Christians are scandalised, really scandalised, when we all claim to be followers of Christ, and they see how we are fighting one another,” he said. “The lack of unity and even this almost outright anger toward one another – it weakens evangelisation.”