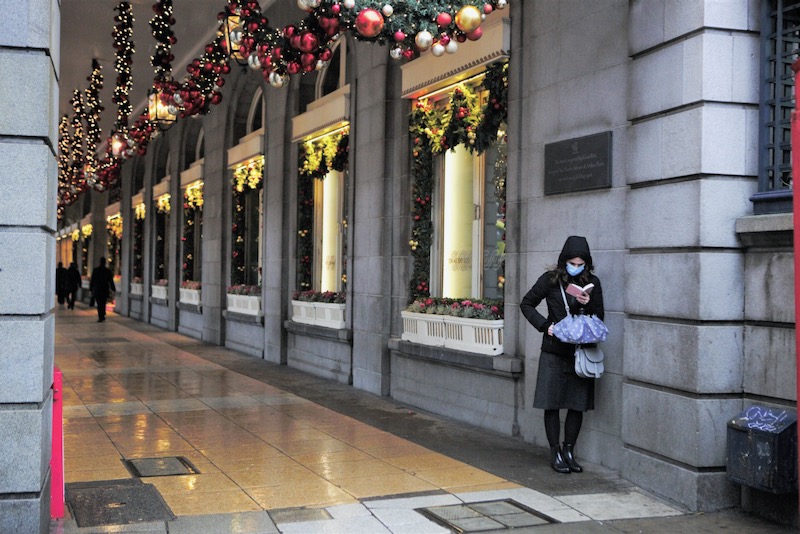 Catholics 'do not sin' by receiving vaccine The US Supreme Court in Washington
CNS/Tyler Orsburn

The Archbishop of San Francisco has pleaded once more for Catholics to be allowed to attend Mass after the Supreme Court's order saying federal judges should take another look at pandemic limits on California churches.

Archbishop Salvatore Cordileone said: “The time is overdue for our civil officials to work with us and other churches on worshiping safely.

“Catholics need the body and blood of Christ this Christmas, in California as everywhere else. And they have every right to access it.” s

The court's decision was based on an earlier ruling to lift similar restrictions on congregations in New York due to the pandemic.

For now, the unsigned order leaves the state restrictions on indoor worship in place, but it sends the challenge, issued by the California's Harvest Rock Church and Harvest International Ministry, an apostolic Christian church in Pasadena, back to a lower court. This court will likely stop the state's governor from prohibiting most indoor religious services.

This summer, California's Governor Gavin Newsom issued restrictions prohibiting most indoor religious services in California counties that have experienced a surge in coronavirus cases and hospitalisations.

Attorneys for Harvest Rock Church said these restrictions discriminated against religious institutions since the state allowed nonreligious entities to assemble with fewer restrictions.

“Even in a pandemic, the Constitution cannot be put away and forgotten,” the court's majority opinion said. “The restrictions at issue here, by effectively barring many from attending religious services, strike at the very heart of the First Amendment's guarantee of religious liberty.”

In October, a three-judge panel of the US Court of Appeals for the 9th Circuit ruled against Harvest Rock Church's challenge to the governor's restrictions that included a ban on singing and chanting in places of worship.

Newsom divided the state's counties into four “tiers”, with tier one being the area where the risk is highest and in-person services are banned. Los Angeles County, were Pasadena is located, is tier one. Restrictions in the other tiers vary with the level of coronavirus risk.

The Supreme Court in November lifted the pandemic restrictions on congregation sizes at houses of worship imposed by New York Governor Andrew Cuomo. The Diocese of Brooklyn, New York, and two Orthodox Jewish synagogues in separate filings appealed to the nation’s high court, claiming the governor's executive order violated their free exercise of religion and was particularly unwarranted during a time when area businesses were open.

The New York State Catholic Conference, the public policy arm of the state's bishops, said the court's five-to-four decision was “an important one for religious liberty.”

The decision was a reversal from the decision, also five-to-four, that the court issued in the summer when Justice Ruth Bader Ginsburg was on the bench. The court then upheld Nevada's limits on congregation sizes, denying a request by a Nevada church for permission to have larger gatherings, like those permitted in the state's casinos, restaurants and other businesses.

Archbishop Cordileone has been critical of the California governor's restrictions on worship as well as San Francisco Mayor London Breed's restrictions on the city. In mid-September, he wrote a memo to archdiocesan priests about it and an op-ed in The Washington Post.

In a homily during a Mass in September that followed eucharistic processions to a plaza near San Francisco's City Hall, the archbishop said Catholics are asking to be able to exercise their right to worship in public at a “level consistent with other activities” in the city, like shopping, protesting and gathering in a public park.

In his statement this week, he said: “Catholics and other responsible faith communities should not be lumped in with a few irresponsible bad actors. This is not done with anyone else, and it should not be done with people of faith. And the timing now is critical, lest Christians be deprived of celebrating the Christmas holy days in their churches, even if with limited numbers and other reasonable safety precautions.

“Worship is not less important than shopping for shoes; it is certainly more important to people's spiritual and psychological health; it is a natural and constitutional right,” he continued, “and we Catholics have shown for months that we can worship safely – with masks, social distancing, ventilation, and sanitation.”

The archbishop said church officials would prefer to not to go to court to win this fight but to continue to work to resolve “this impasse with mutual understanding and respect. That would save a lot of valuable time and resources. It would also help to build up goodwill.”

”Let my people worship,” he said.