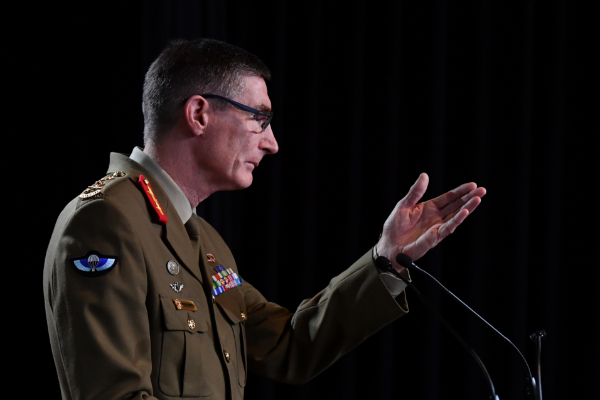 ‘Shame and guilt’ over Brereton report 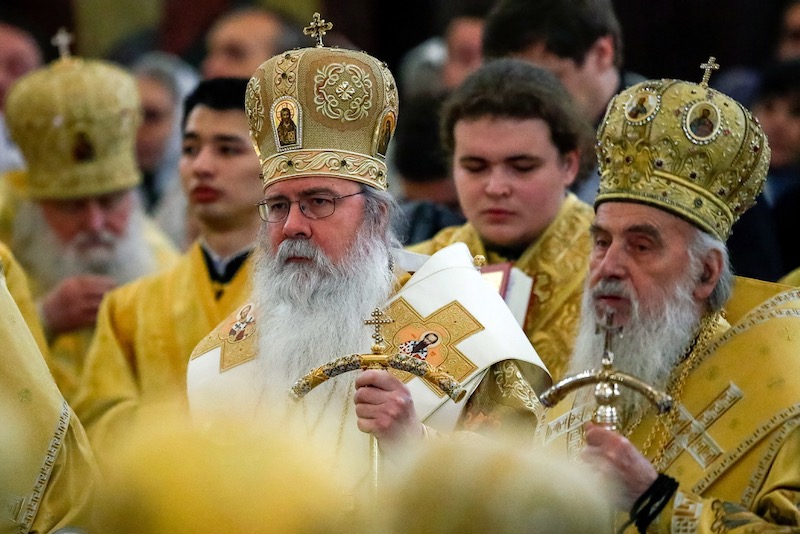 Patriarch Irinej of Serbia, on the right, with Metropolitan Tikhon of All America and Canada in Moscow last year.
Artyom Geodakyan/PA

Serbia has declared three days of mourning following his death from Covid-related complications – the second Serbian Orthodox bishop to die of the virus in a few weeks.

Irinej was last seen in public presiding over the funeral of the Church’s second most senior bishop, Metropolitan Amfilohije of Montenegro, who died on October 30 aged 82.

The Patriarch’s sudden illness prompted claims that he caught the virus at Amfilohije’s crowded funeral, at which few of those attending wore masks.

A third bishop in Serbia, Milutin of Valjevo, died of Covid-related complications during the pandemic’s first wave, in March.

The deaths of the Church’s two most senior bishops has created a vacuum in an institution of great political as well as religious importance in both Serbia and Montenegro.

Most senior Serbian politicians, the president included, attended the Patriarch’s funeral, lavishing praise on him as a unifying force among Serbs.

By tradition, Serbian governments look to the Church – to which almost all Serbs belong – for support, a role the late Patriarch undertook without qualms, regularly delivering panegyrics to President Aleksandar Vucic.

Last October, the Patriarch presented the President with the Church’s top decoration, the Order of St Sava, 1st Degree, for his “tireless struggle for the integrity of Serbia”.

Ironically, Irinej and Amfilohije had been rivals for the Church’s top post after the death of Patriarch Pavle in 2010.

However, the political authorities in Belgrade, whose wishes influence the selection process, were wary of Amfilohije’s political ambitions and ultra-nationalist views; in the Yugoslav wars of the 1990s, he had publicly embraced some of most notorious architects of Serbian “ethnic cleansing”.

Irinej was less controversial and made fewer waves, beyond warning the Belgrade government not to recognise the independence of the former province of Kosovo – a red line for the Church. Beyond that, he did not interfere with the government’s occasional peacemaking initiatives in Bosnia and Montenegro.

On a visit to a tense and divided Montenegro last autumn, he notably declined to get involved in his fellow bishop Amfilohije’s public battles with the country’s pro-Western government over the country’s NATO membership, or over legislation that the Serbian Church considers hostile to its interests, merely thanking God for the Church’s revival in the country.

At home, Irinej towed a socially conservative line, saying he felt “sorry” for the fact that LGBT “deviants” were now parading in public in Serbia. But he refrained from using the kind of fiery language that Serbian nationalists usually reserve for such phenomena. Amfilohije, in Montenegro, took a far tougher line, describing Gay Pride events as “parades of Sodom and Gomorrah”.