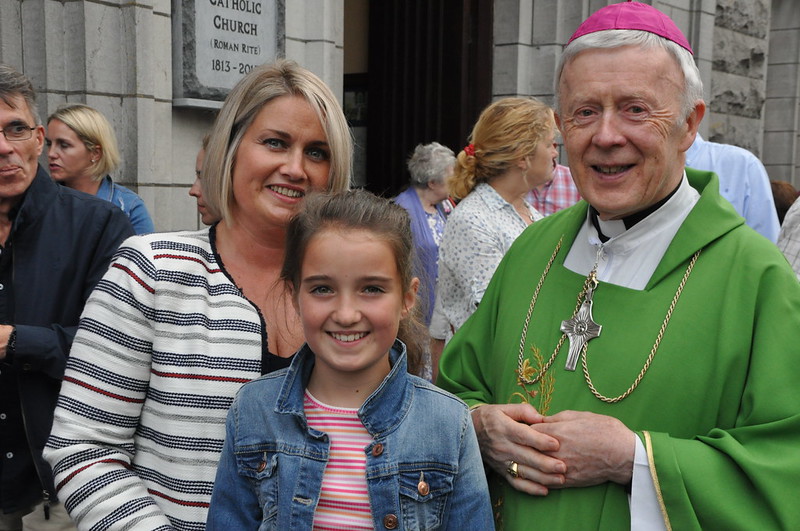 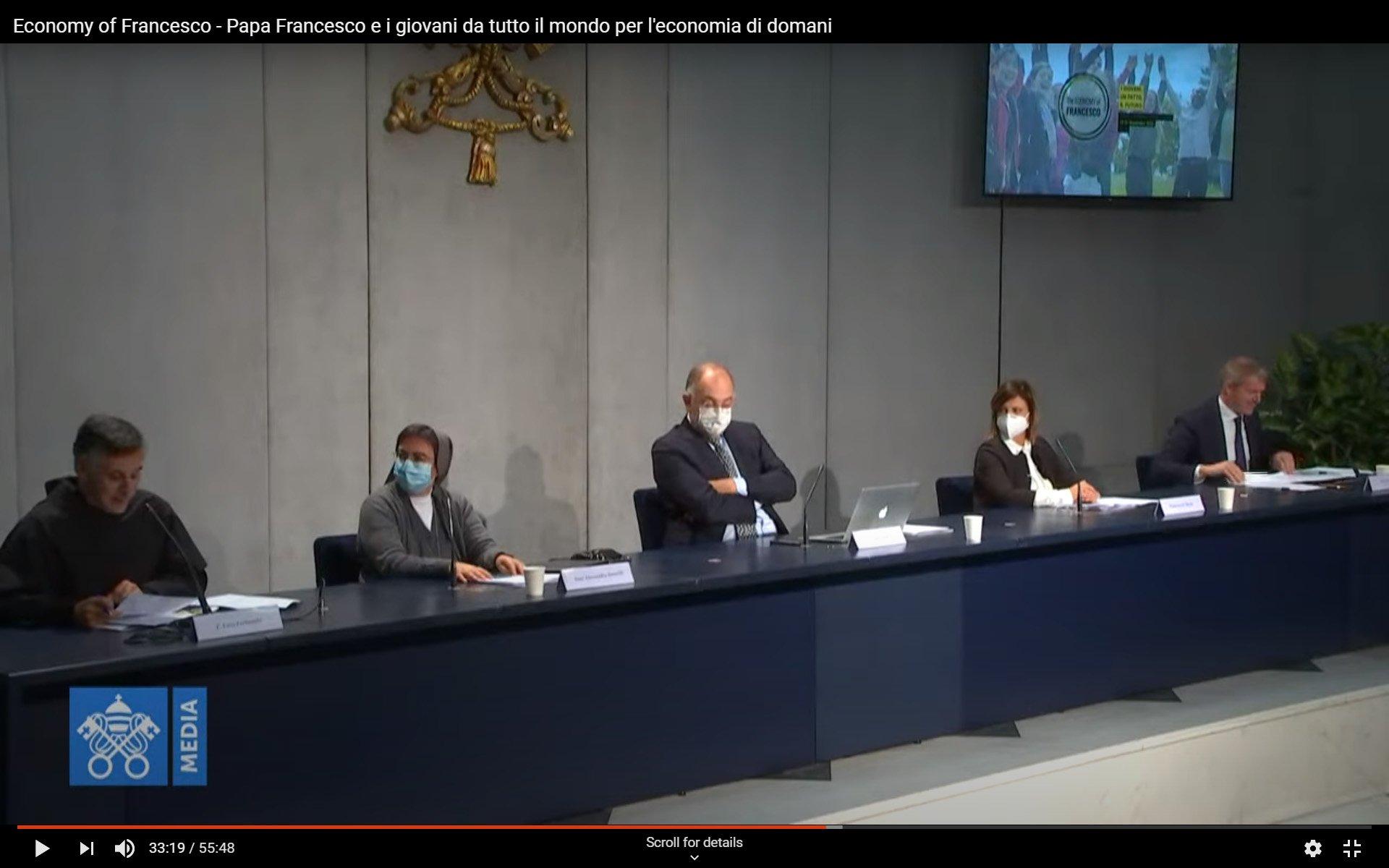 The religious sister advising Pope Francis has called for a rethink of the economy in light of the Covid-19 pandemic.

The Economy of Francesco, a virtual gathering of more than 2,000 young entrepreneurs and economists currently which is now underway, is part of Pope Francis’ attempts to build a more just and sustainable financial system.

One of the key figures behind the event is Sr Alessandra Smerilli, a 46-year-old Salesian sister, economist and adviser to the Pope. She sits on the governing council of the Vatican City State administration and was among the first women to be chosen as consulters to the Synod of Bishops’ office last year. Following the Coronavirus outbreak, Francis asked her to co-ordinate the economy task force on the Vatican’s Covid-19 commission.

“The message is that there is a lot that needs to be changed,” Sr Alessandra said in an interview with The Tablet about the Economy of Francesco event. Originally due to take place as a large in-person gathering in Assisi in March it was pushed back to November 19-21 and is being live-streamed due to the Covid-19 pandemic.

Some have described the event as the “Pope’s Davos,” and when launching the initiative last year, the Pope said he wanted it to “give a soul to the economy of tomorrow." But rather than a jamboree for the world’s elite in the Swiss mountains, the Assisi event is for those aged 35 and under and draws inspiration from the Pope’s namesake, St Francis, the friar who rejected a life of wealth to become il poverello (the poor man).

“I think it is a bit simplistic to talk about a Catholic Davos,” Sr Alessandra said, adding that Francis sent invitations to a whole range of people, not all of them Catholics. “It is seeking to be a basis for thinking about the economy in a new and different way.”

She pointed out that St Francis of Assisi’s example of “detachment” from material goods is not just a nice story from the past but “makes it clear what is really important, and where the value of things lie”. Sr Alessandra added: “Today we need to find a new way to give value to what is produced and to give value to work.” She has spent a lot of time thinking about this topic.

Along with her Vatican advisory roles, she teaches political economy at the Pontifical Faculty of Educational Sciences “Auxilium”, and undertook research at the University of East Anglia under Professor Robert Sugden, a specialist in behavioural economics.

When it comes to economic models, the Salesian sister explained, the figure of St Francis points the way for a new approach. In the 15th century, Franciscan friars helped set up the first small lending institutions known as “montes pietatis”, which provided loans with reasonable interest rates for the poorest in society. This was a time when usury was rife and Sr Alessandra describes it as the first example of microcredit.

She argued similar thinking is needed today, particularly in light of the Covid-19 pandemic and lockdowns which have caused a massive shock to the economic system like no other.

“The strong message of Pope Francis that young people have received is that from a crisis you cannot come out of it the same,” she explains. “Worse than the drama of this crisis is the prospect of wasting this crisis.”

As a result, the Economy of Francesco is giving young people the leading role. Participants from 120 nations will be connected for 4 hours each day and on 20 November will see a 24-hour marathon of presentations.

“I think the voice of young people can be a fresh, clear one. They are not afraid to say uncomfortable things, they don't have much to lose,” Sr Alessandra said. “And they can get the right messages to leaders too.”

Over recent months those involved in the event have been working with experts to examine topics such as management and relationships; finance and the common good; work and caring for others and the earth; energy and poverty; women and economic sustainability. It is an attempt to apply the Church's Social Teaching.

Speakers during the first session included Cardinal Peter Turkson, who leads the Vatican’s human development department, who argued it was time for economic models “aimed not at serving a few but at benefiting all” and Professor Stefano Zamagni, President of the Pontifical Academy of Social Sciences, who stressed that “economic value should not be reduced to market value.” There is an urgent need, Zamagni stressed, for “a re-wiring of finance” and for companies to find a sense of purpose that goes beyond simply making a profit.

Other contributors to the event include Jeffrey Sachs, an economist and environmental expert based at Columbia University; Mariana Mazzucato, from University College London and who this month was appointed to chair a new economics council for the World Health Organisation, and Leonardo Boff, a Brazilian theologian and former Franciscan who helped with some ideas for the Pope’s environmental encyclical, Laudato si’. Francis will address the gathering as the event closes.

Throughout his pontificate, the Pope has repeatedly critiqued the global capitalist system, including the theory of “trickle-down” economics which argues that the richest in society should be allowed to accumulate more wealth as it will eventually “trickle-down” to everyone else. The papal critiques have led some to accuse Francis of advocating Marxism or being a secret communist. But the Pope has stressed that the Gospel “does not condemn the rich, but idolising wealth,” and neither is the Church opposed to free trade or capitalism.

“I am the first person to believe that the free market is a condition of development,” Sr Alessandra explained. “But what doesn't work must be reported.”

She added: “Pope Francis is a pastor, and he speaks as a pastor, he does not speak as an economist.”

The Vatican’s Economy of Francesco event brings together men and women from across the world, something that Sr Alessandra said she wants to see the Church do more often.

She says the lack of the presence of women at the highest levels of the Church is a “vicious cycle” as it means women become disinterested “because it is a male environment”. She wants the Church to focus on the female protagonists found in the Gospel and for it to become “normal that men and women can collaborate in simplicity and service”.

Her hope for the future is a Church that is not turned inwards but one taking its message to the world, as the Economy of Francesco event is seeking to do.

“I dream of a Church that is truly missionary not focused on itself, but on bringing the good news to everyone,” she said. “The Gospel is not just for Catholics. The light of the Gospel is for everyone"