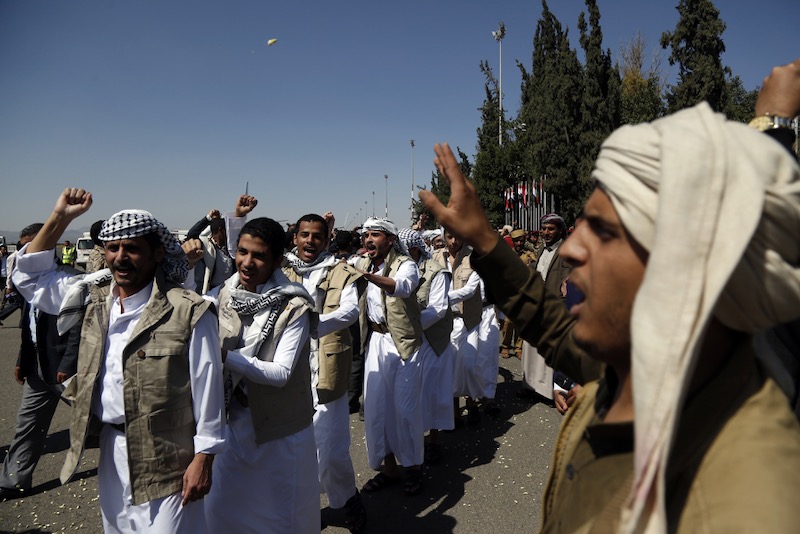 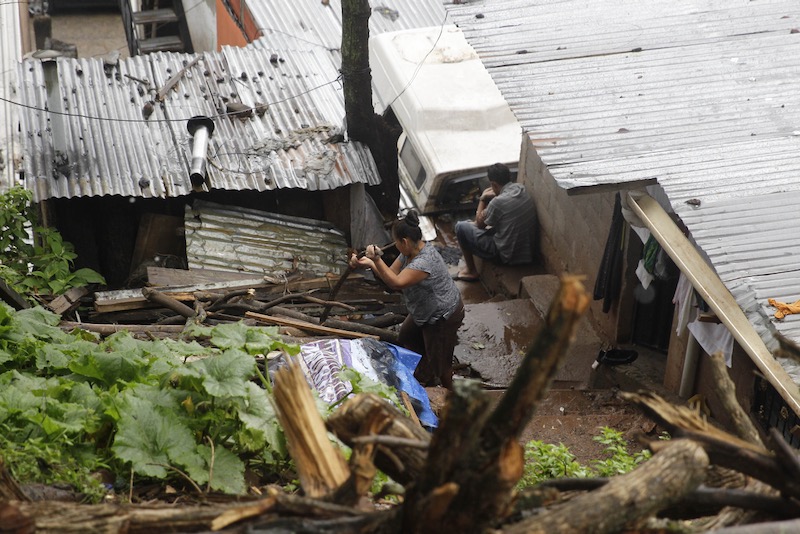 President-elect Joe Biden, in one of his first policy pronouncements since the projection of his victory, announced that he planned to raise the annual quota for refugees to 125,000, writes Michael Sean Winters. The policy is a significant change from that of President Donald Trump, who had capped the number of refugees permitted into the country at 15,000 a year. Mr Biden announced the new quota during a virtual celebration marking the fortieth anniversary of the Jesuit Refugee Service (JRS). “This is a great organisation. [It] was founded to serve the needs of some of the most vulnerable among us,” Mr Biden said in a video message to the group. “JRS believes that, in the stranger, we actually meet our neighbour and that every society is ultimately judged by how we treat those most in need.” The announcement came on the same day that the president-elect received a congratulatory phone call from Pope Francis. JRS executive director Joan Rosenhauer praised Mr Biden’s policy change, saying: “President-elect Biden has promised to welcome and protect refugees, and we are honoured he has made that commitment to us and to the millions of people who have been forced to flee their homes.”

Egypt’s Minister for Religious Endowments reported last week that under the presidency of Abdel Fattah al Sisi, Egypt is becoming "a model of religious coexistence". He said the country is gradually overcoming sectarian discrimination and ensuring full equality between citizens of different faith communities. Mohammed Mukhtar Juma, who is Muslim, was speaking at a forum for coexistence and mutual respect organised by the Dar al Hilal Cultural Foundation in Cairo. Representatives of the government, intellectuals and religious communities took part in the event.

Ten days after four people were shot and 23 injured in an Islamist terror attack in the heart of Vienna on the Feast of All Souls, the Austrian bishops’ conference called for “dialogue on the danger of politically instrumentalised religion”. The Austrian bishops wanted to continue an “honest dialogue with Islam”, the bishops said at a press conference in Vienna on 13 November. “We decisively reject all blanket defamation of religion, however,” they said, recalling that in 2019 Pope Francis and the Grand Imam of Al-Azhar, Ahmed el-Tayeb, had agreed that God must never be abused to justify murder, expulsion, terrorism or suppression. “Every religious leader is therefore called upon to be a dialogue partner and peacemaker,” said the bishops.

The damage of Hurricane Eta was still being determined across Central America as Tropical Storm Iota neared landfall in Nicaragua and Honduras. In Central America and southern Mexico, many communities remain flooded from torrential rainfall during Eta’s passage. At least 159 people were killed in the hurricane in the region and the UN reports that 3 million people were impacted overall. Twenty-seven deaths were reported in Southern Mexico. In Honduras, 88,000 people were evacuated.

In Guatemala, the search was called off last week for victims trapped in a landslide in the town of Queja, Alta Verapaz; 100 people in the Indigenous Poqomchi town are feared dead after their homes were buried. It took days for rescue crews to reach the site, and they determined the search too dangerous to continue. The Guatemalan Episcopal Conference called for international solidarity with hurricane victims and for “all Guatemalans to create national fraternity”.

Luis Arce was sworn in as Bolivian President on Sunday 8 November, returning the Movement to Socialism (MAS) party to power. Arce, the economy minister under former president and MAS leader Evo Morales, has said he is committed to leading Bolivia out of a year of upheaval. Morales re-entered the country the following day, after nearly a year of exile. Arce has assured Bolivians that Morales will not assume any government office. Head of the bishops’ conference Archbishop Ricardo Centellas said, “Bolivia is a country with great potential to develop, but it must work in unity and responsibly. We ask for one thing from the newly elected government, that is respect for the constitution.”

Last week, Catholic bishops in Indonesia met with government officials to express concern about the violence in resource-rich Papua province after a Catholic catechist was shot and killed by security forces on 26 October. The Justice and Peace Commissions of two dioceses and of the Franciscans and Augustinians also complained last week that human rights violations in Papua should be stopped immediately, in particular by members of the Indonesian security forces, and an independent investigation into the murder of Catholic catechist Rufinus Tigau, 28, be set up.

In Pakistan the Muslim cleric who celebrated the Islamic wedding of Catholic minor Arzoo Raja, in a case raising concerns about abduction, forced conversion and underage marriage was arrested last week. He has denied being involved in any illegal actions or committing any offence, but Christian groups welcomed the arrest. "There is an urgent need to enforce existing laws and to punish those involved,” said Sabir Michael, President of the Karachi-based Peace Welfare and Development Association.

Ghana’s Catholic Bishops’ Conference has said it received “with shock, the sad news of the death of the former President of the Republic of Ghana, Jerry Rawlings.” Rawlings, 73, was a Catholic and former altar boy who considered in his youth becoming a priest. The former military leader was twice-elected president of Ghana and dominated the country’s political life for two decades in the 1980s and 90s

Many Armenian Christian leaders resent the peace deal signed last week by Prime Minister Nikol Pashinyan, ending hostilities in the Armenian enclave of Nagorno-Karabakh  in which more than 4,000 have died, according to an estimate by Russian President Vladimir Putin. “When weapons are silent there is always hope, but for many Armenians, the ceasefire agreement represents only a surrender,” reflected Archbishop Boutros Marayati of Aleppo. The Armenian archbishop hoped that “Nagorno Karabakh remains a land where Armenians can continue to attend their churches and maintain their traditions”. On 12 November the Catholic Patriarchs of Lebanon declared solidarity with “Armenian brothers and sisters in Nagorno-Karabakh and Armenia, whose dignity has been wounded”. The deal signed on 9 November involved Armenia ceding territory to Azerbaijan that it had gained in the 1990s war, including the town of Kalbajar, many of whose Armenian residents burned their houses and moved their parents’ graves before leaving.

A sexual assault trial against Archbishop Luigi Ventura was held on Tuesday last week in Paris, despite the absence of the former apostolic nuncio to France, who was excused by a doctor’s note. A doctor said it was too dangerous for the 75-year-old Ventura, who is living in Rome, to travel to Paris while the coronavirus is surging in France. Lawyers for  alleged victims asked for the trial to be postponed to when the archbishop could attend, but the court ruled for the trial to go forward. It heard testimony from several men who allege that Ventura groped their buttocks at public events in 2018 and 2019. Ventura has denied the claims. The former nuncio was tried in absentia on five counts of alleged sexual assault and three of his alleged victims were present at the trial. The court said it would deliver its verdict by 16 December.

Polish bishops defended St John Paul II on Friday last week against evidence that he rejected reports that ex-Cardinal Theodore McCarrick slept with his seminarians. The head of the Polish bishops’ conference, Archbishop Stanislaw Gadecki, said in a statement that John Paul II had been “cynically deceived” by McCarrick as well as other US bishops. It was the Polish bishops’ first response to the publication last week of the Vatican’s two-year investigation into McCarrick, which implicated John Paul and his secretary in failing to address McCarrick’s history of sexual abuse.

The Marian sanctuary at Lourdes has become a national sanctuary after a vote by the French bishops’ conference.  While this should make no difference to the pilgrims who visit the site in southwest France annually, it amounts to an internal clarification of who is responsible for the sanctuary.  Until now it depended on the local diocese of Tarbes and Lourdes, but now the bishops’ conference will be responsible for naming its rector. It will also name a council to discuss the site’s future development with the local bishop and rector. This also brings Lourdes in line with similar pilgrimage sites like Fatima, which is a national sanctuary in Portugal.  The sanctuary at Lourdes, which is now open with social distancing, suffered economically during this year’s first lockdown and the absence of pilgrims from abroad.

On the occasion of Pope Francis's fourth World Day of the Poor, St Gilles church in Brussels has decided to fill the coffers of its social service unit with revenues from a sure-fire seller in Belgium — beer.  The church, located near the Eurostar train station of Bruxelles-Midi, is now selling 12,000 bottles of a specially brewed beer to help finance its soup kitchen, laundry, showers and computer services for the needy. The pale beer is called The Doe of St Gilles after the legend that the seventh-century hermit monk honoured by the parish’s name had a pet doe. The “solidarity beer” was officially launched on Sunday 15 November, the World Day of the Poor, at St. Gilles, a nineteenth-century church in a mixed neighbourhood that parishioners said was suffering because of the lockdown. “We wanted to do something to link the parish with the parvis,” said Diane de Talhouët, a member of the pastoral council, referring to the plaza outside the church where cafés are closed and the needy gather. The beer costs 2 euros per bottle and is available behind the church, where the needy are received by the parish charities. Crates of 24 bottles are delivered free within Brussels.