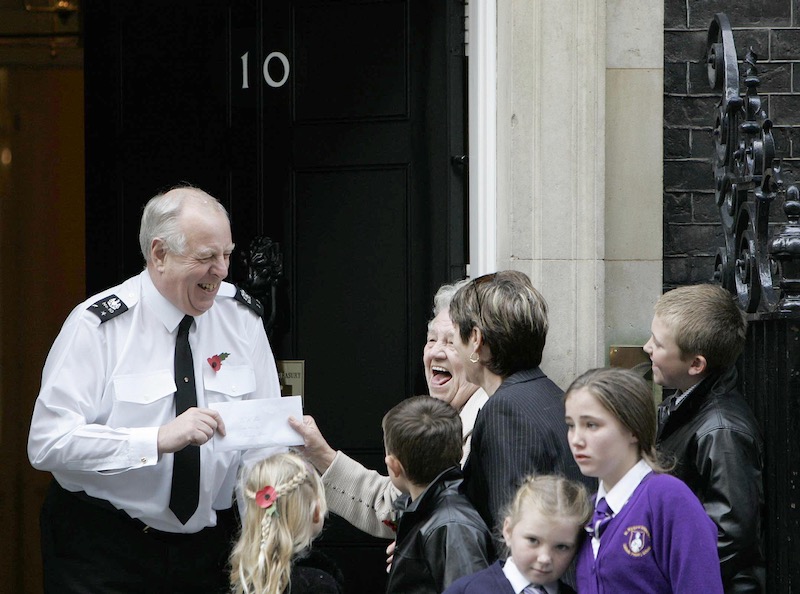 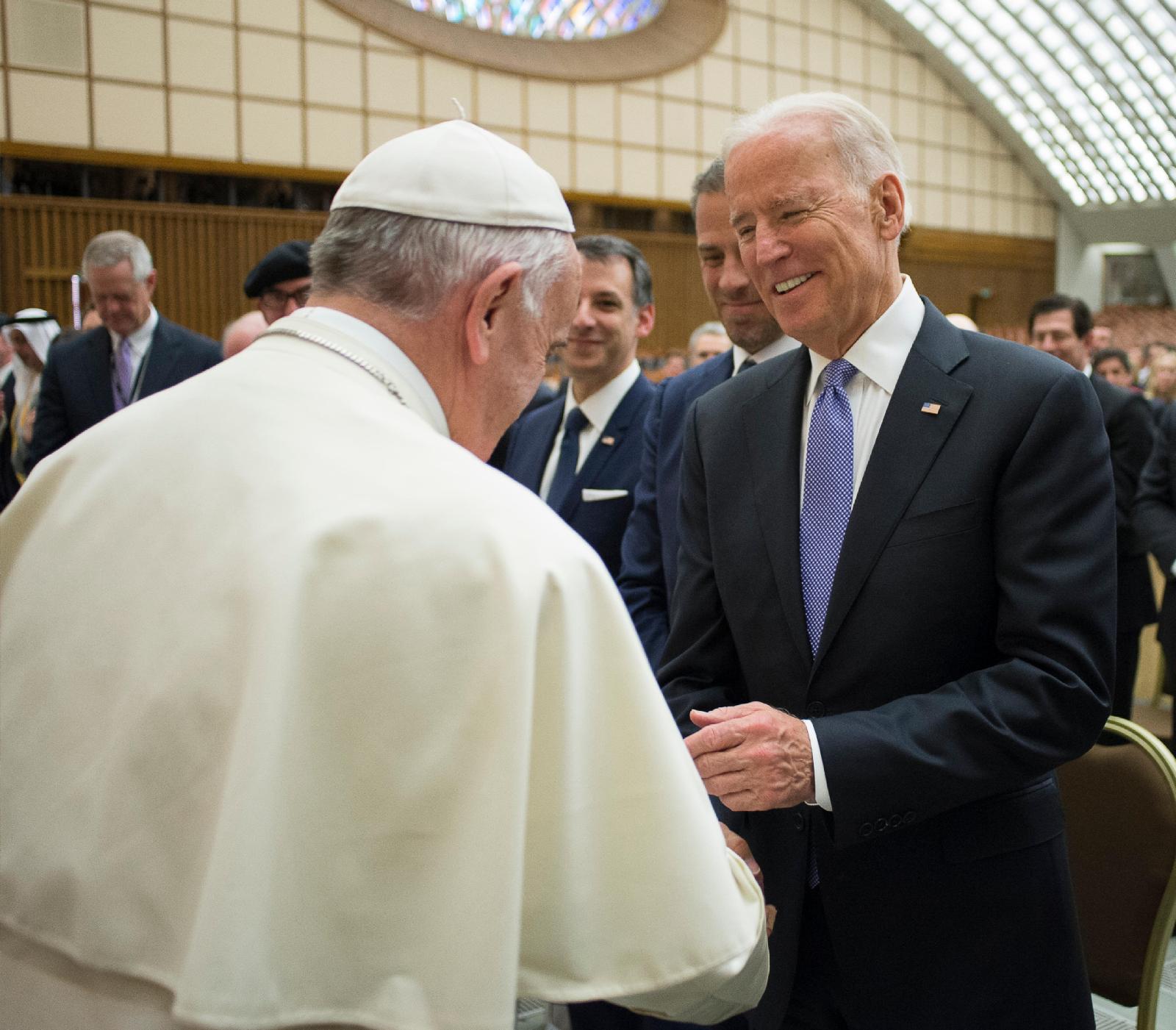 Pope Francis greets President-elect Joe Biden after both spoke at a conference on adult stem-cell research at the Vatican in 2016.
CNS/L'Osservatore Romano

Pope Francis has telephoned US President-elect Joe Biden, to congratulate him on his victory and also extend his blessing.

In the conversation yesterday, they spoke about the plight of the poor and marginalised, about the importance of welcoming refugees and about the need to address the climate change crisis.

President-elect Joe Biden, a life-long Catholic, tweeted about the call in a statement that was also published on his website.

Biden's office said: “President-elect Joe Biden spoke this morning with His Holiness Pope Francis. The President-elect thanked His Holiness for extending blessings and congratulations and noted his appreciation for His Holiness’ leadership in promoting peace, reconciliation, and the common bonds of humanity around the world.

“The President-elect expressed his desire to work together on the basis of a shared belief in the dignity and equality of all humankind on issues such as caring for the marginalised and the poor, addressing the crisis of climate change, and welcoming and integrating immigrants and refugees into our communities.”

Archbishop of Los Angeles José Gomez, president of the bishops' conference, congratulated him as the second Catholic president, after John F Kennedy.

They also congratulated Kamala Harris, the first woman ever to become vice-president.

Archbishop Gomez said: “The American people have spoken in this election. Now is the time for our leaders to come together in a spirit of national unity and to commit themselves to dialogue and compromise for the common good.”

As Catholics and Americans, the priorities and mission are clear, he continued. “We are here to follow Jesus Christ, to bear witness to His love in our lives, and to build His Kingdom on earth. I believe that at this moment in American history, Catholics have a special duty to be peacemakers, to promote fraternity and mutual trust, and to pray for a renewed spirit of true patriotism in our country.”