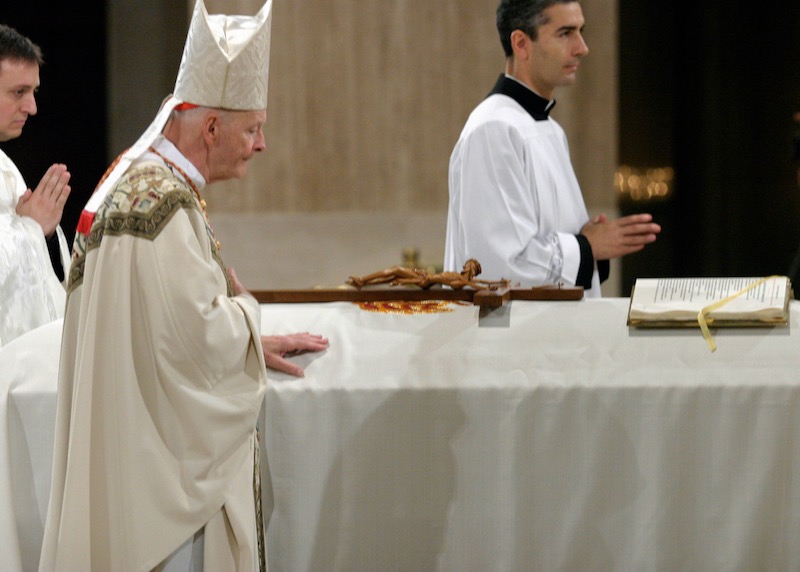 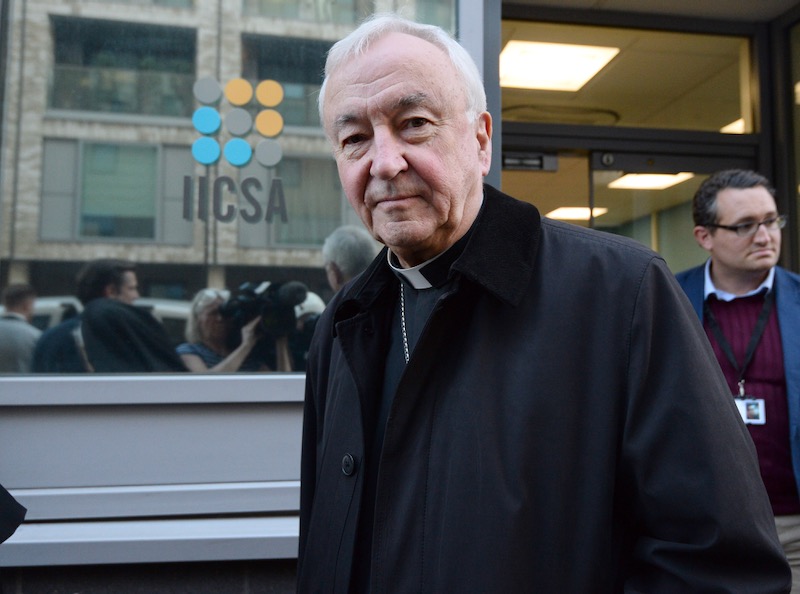 The Catholic Church betrayed its moral purpose by prioritising its own reputation over bringing child abusers to book and turning a blind eye to sex assaults, according to the official report from the Independent Inquiry into Child Sexual Abuse.

Survivors of child sexual abuse by Catholic priests, monks and other Church figures have called for mandatory reporting of assaults in the wake of the damning report, which accuses the Catholic Church of repeated failures to protect the vulnerable and of showing more interest in protecting its own reputation.

In an exclusive letter, published in The Tablet (below), 20 survivors of abuse appeal for mandatory reporting and an independent body to be responsible for the oversight of safeguarding in the Catholic Church. IICSA says that the Church’s moral purpose has been betrayed by not only those who abused children but also by those who turned a blind eye to the assaults and failed to take action against the perpetrators. It says that the Church prioritised its own reputation.

It has particularly harsh words for Cardinal Vincent Nichols, whose record as Archbishop of Birmingham from 2000 to 2009 and after as Archbishop of Westminster was examined by the inquiry. It says that although he apologised for the Church’s failings during an IICSA hearing in 2018, he did not show any personal responsibility or show compassion for victims in the recent cases it examined. During the hearing Cardinal Nichols said that he had met several victims but those who gave evidence to the inquiry said he was reluctant to speak to them.

The report says that Cardinal Nichol’s “acknowledgement that ‘there is plenty for us to achieve’ applies as much to him as it does to everyone else in the Church. He did not always exercise the leadership expected of a senior member of the Church, at times preferring to protect the reputation of the Roman Catholic Church in England and Wales and in Rome”.

Richard Scorer, of Slater and Gordon solicitors, who represented 32 survivors during the IICSA hearings said this week that Cardinal Nichols should resign.

“Cardinal Nichols needs to go right away – in any other walk of life he would be gone immediately. This is a church that  cannot be trusted to protect children. The only way forward now is a mandatory reporting law, so that abuse cannot be covered up, and independent external oversight of church safeguarding. The church cannot be relied on to put its own house in order, and so without these changes, children will continue to be at risk.”

However, on Monday, the day before the report was published, Cardinal Nichols issued a statement in which he said that as was the custom in the run-up to his 75th birthday on November 8, he had tendered his resignation to Pope Francis as an archbishop. But Pope Francis had indicated he should stay in office for the time being. Cardinal Nichols wrote: “So, on we go!”

The 147-page report says that between 1970 and 2015, the Catholic Church in England and Wales received more than 900 complaints involving 3,000 sexual abuse incidents but it believes that the scale of abuse in the past 50 years is much higher. It also noted that there have been more than 100 allegations of abuse reported every year since.

IICSA heard from survivors of abuse that abuse ranged from touching to rape and was sometimes accompanied by sadistic beatings. The abuse was swept under the carpet, said the report, with a lack of action against the perpetrators and often efforts to cover up their crimes. IICSA chair, Professor Alexis Jay, said: “It is clear that the Church’s reputation was valued above the welfare of victims with allegations ignored and perpetrators protected.”

The paramountcy principle that the Nolan Report first mentioned, making children’s welfare the priority was still not being enacted, and efforts to have a One Church approach across England and Wales, first mooted by Nolan in 2001, was still not fully implemented, IICSA said.

Although the report focuses on England and Wales it said it was also critical of the Holy See, especially the failure of the apostolic nuncio to provide a witness statement. In May 2019, Pope Francis said there needed to be action, not just words on child sexual abuse, but this was “in direct contrast to the limited information the Holy See provided to the inquiry”, it said.

The report did acknowledge efforts the Church in England and Wales to reform child protection, with inquiries headed by Lord Nolan in 2001 and Baroness Cumberledge in 2007, and improvements made such as more formal handling of reports of abuse, better training for the clergy and religious and those in volved in safeguarding. There was more cooperation with authorities such as the police and social services. But the progress was far too slow with one of the Cumberledge reforms 13 years overdue and efforts to set up the Safe Spaces pastoral and therapeutic support project jointly with the Anglicans taking six years.

The IICSA report makes seven recommendations although it is leaving its comments on mandatory reporting to its final report on child sexual abuse, which will examine the problem across society. It urges mandatory safeguarding training, a lead cleric on safeguarding, policies on non-compliance on safeguarding, external auditing of safeguarding, national complaints policy, a review of the Catholic Safeguarding Advisory Service, a national policy for complaints, and a revision to canon law on crimes against the child.

On Tuesday Cardinal Nichols, as president of the Bishops Conference, and Archbishop Malcolm McMahon, as vice-president, said in a statement that the IICSA report would “inform the ongoing reform and improvement of safeguarding in all aspects of the Church’s life” and would be discussed at the bishops’ plenary session next week. The statement said: “By listening with humility to those who have suffered, we can contribute to the healing of the wounds of abuse, as well as learn from those most directly affected how we must improve the Church’s safeguarding standards, policies and procedures”.

We want to thank IICSA for its report on the Catholic Church. We welcome its findings, highlighting the Church’s gross failings to protect children and others from abuse.

We are grateful that the Inquiry has exposed the Church’s treatment of victims and survivors when it comes to reparation and care, showing how the Church perpetuates an adversarial culture in their dealings with us.

The report clearly shows the Church’s lack of willingness and ability to change of its own accord.

There should be no comments or crocodile tears from Church hierarchy, saying this Inquiry report is a ‘wake-up’ call. The Catholic Church has been here before, with the Nolan Report in 2001 and the Cumberlege Report in 2007, both followed by broken promises and shocking inertia.

The Church has had victims and survivors hammering on its door for decades, pleading with it to listen to our cries for help, to stop the abuse of us and others, and to put proper safeguarding measures in place, a theme repeated in evidence given to IICSA.

Colossal amounts of charitable status Church wealth have been used to employ lawyers and insurance companies, to fight civil claims and to overpower victims and survivors, with tactics to put us off pursuing cases or speaking out, exploiting any legal loopholes they can.

Every effort has been going into protecting the reputation of the Church, its resources and focusing on providing care and support for our abusers, while neglecting us, the victims and survivors.

So many lives have been ruined and some tragically ended, not just because of horrendous sexual, physical, psychological and spiritual abuse, but by appalling cover-ups and a lack of action to protect us and others in the Church’s care.

While we recognise some changes and improving attitudes in a few areas of the Church, they do not go far enough. We very much hope that IICSA will be as hard hitting in its final report, when making more specific recommendations.

We believe there is clear evidence that there must be mandatory safeguarding reporting laws and an independent body to be made responsible for the oversight of safeguarding. Without this, there is little hope of meaningful change, when the Church has repeatedly failed to regulate itself, with catastrophic consequences for so many.

There must be an end to the damage still being caused by a dysfunctional Church, with poor leadership and legal barricades, that keep victims and survivors at arms-length. The immense harm the Church continues to inflict shows a complete lack of Christian values, which the Church publicly claims to live by.

Many of us were children when we were abused. For many of us, our abusers have now died, but we have the rest of our lives to live, carrying the damage and injury done to us. We are not here to be assigned to history and an inconvenient past that can be swept under the carpet. We are part of the future.

Nothing will cause us more despair than to be hearing more of the same, with a future inquiry a few years from now. This is not a time to read and reflect. It is an unconditional demand for change.