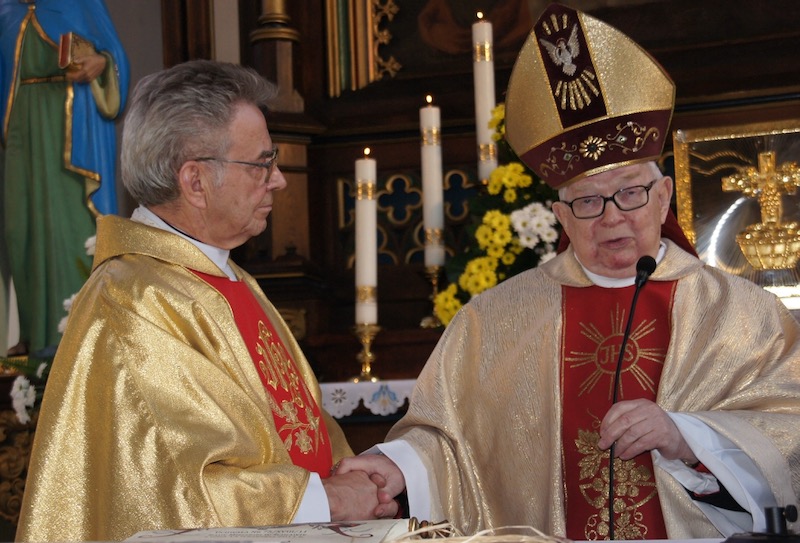 A Polish archdiocese has apologised and promised to make amends to victims after its former leader, Cardinal Henryk Gulbinowicz, was banned from further public appearances and denied the right to a cathedral funeral after being implicated in sexual abuse.
“That this matter has been taken up, clarified and pursued to the end shows there is no concession in the Church for such a crime, which will never be tolerated,” the western Wroclaw archdiocese said in a statement.
“We may be talking about deeds which took place decades ago, but they will never be considered to have expired. This enables us to trust that the Church will react with total firmness and not allow such situations to recur.”
The archdiocese was reacting to a Vatican nunciature decree, also barring 97-year-old Gulbinowicz, the oldest of Poland's six cardinals, from using episcopal insignia, and ordering him to pay an “appropriate sum” to the St Joseph Foundation set up a year ago by the Polish Bishops’ Conference to help abuse victims and co-ordinate prevention and protection.
It said the severity of the measures showed the accusations against him had been proved, adding that it was “deeply pained” that people had been “seriously harmed” by the archdiocese's former spiritual head.
Polish Church leaders had yet to comment on the Vatican decree by Monday. However, the director of the Church's influential Catholic Information Agency (KAI), Marcin Przeciszewski, said it revealed “painful truths”, and would intensify a crisis which was already “one of the deepest in the Polish Church's history”.
Przeciszewski said in a weekend commentary: “One of our most honoured hierarchs, enjoying undeniable authority for decades, is now found guilty of very serious abuses. It shows the absolute determination of Pope Francis to cleanse the Church of its dirt, a far-reaching determination which will ensure neither age nor health saves anyone from justice.
“It is a pity the reaction is happening only now, when the odd behaviour of this Wroclaw metropolitan and the pathologies of his court have been talked about for at least 20 years in church corridors.”
Accusations against the Lithuanian-born Gulbinowicz, who was made a cardinal in 1985 and widely praised for defending human rights under communist rule, were made in a May 2019 TV film by a former Catholic student, Przemyslaw Kowalczyk, and referred to Rome by the Wroclaw archdiocese the following September after a local prosecutor declined to take action.
The scandal is the latest to confront the Polish Church, which conceded there had been “a certain ignorance” of canonical rules on against molestation in a March 2019 report, and has since introduced procedures and trained safeguarding officers to combat abuse and help victims.
In October, the Pope accepted the resignation of Bishop Edward Janiak of Kalisz, after claims in a follow-up film that he had violated Polish law and Vatican guidelines by brushing aside complaints against local priests. In February, a Krakow auxiliary, Bishop Jan Szkodon, was also suspended and ordered to leave his see after being accused by the Gazeta Wyborcza daily of abusing an under-age girl.
Up to 20 legal petitions are being investigated against other bishops, while the Vatican nunciature said last week it had ordered enquiries into the retired Archbishop Slawoj Glodz of Gdansk, who was publicly accused by 16 local priests in October 2019 of covering up claims of sexual harassment.
In his KAI commentary, Przeciszewski said he regretted the accusations against Gulbinowicz, who suffers dementia, had not been made public, adding that the crisis had been worsened by the Church's “strong clericalism” and a culture of “untouchability”.
“On one side, the Church in Poland has been unbreakable, demonstrating exceptional concern for the person, with their rights and dignity, and opening a sphere of freedom”, the Catholic director said. “On the other, we are now seeing how this sphere of freedom has been, and still is, disrupted by an internal gangrene, which merely shows how the mystery of evil can also set down roots in the Church's structures.”
Back to articles
Back to articles