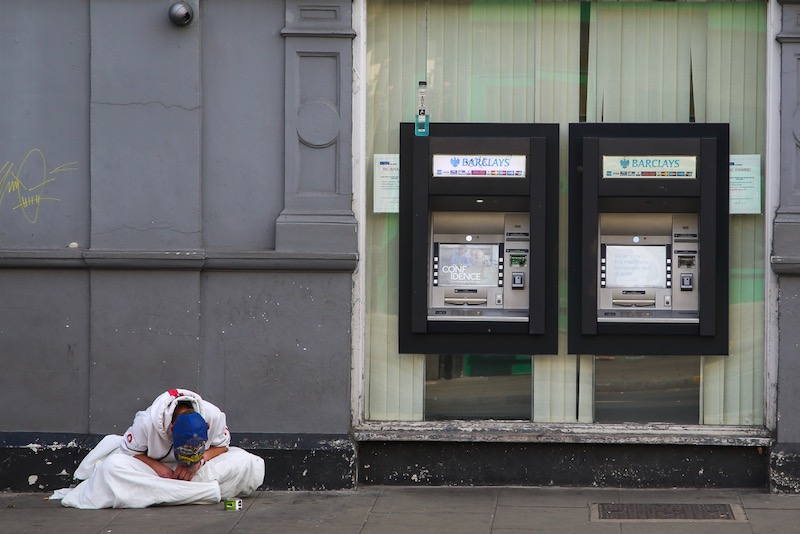 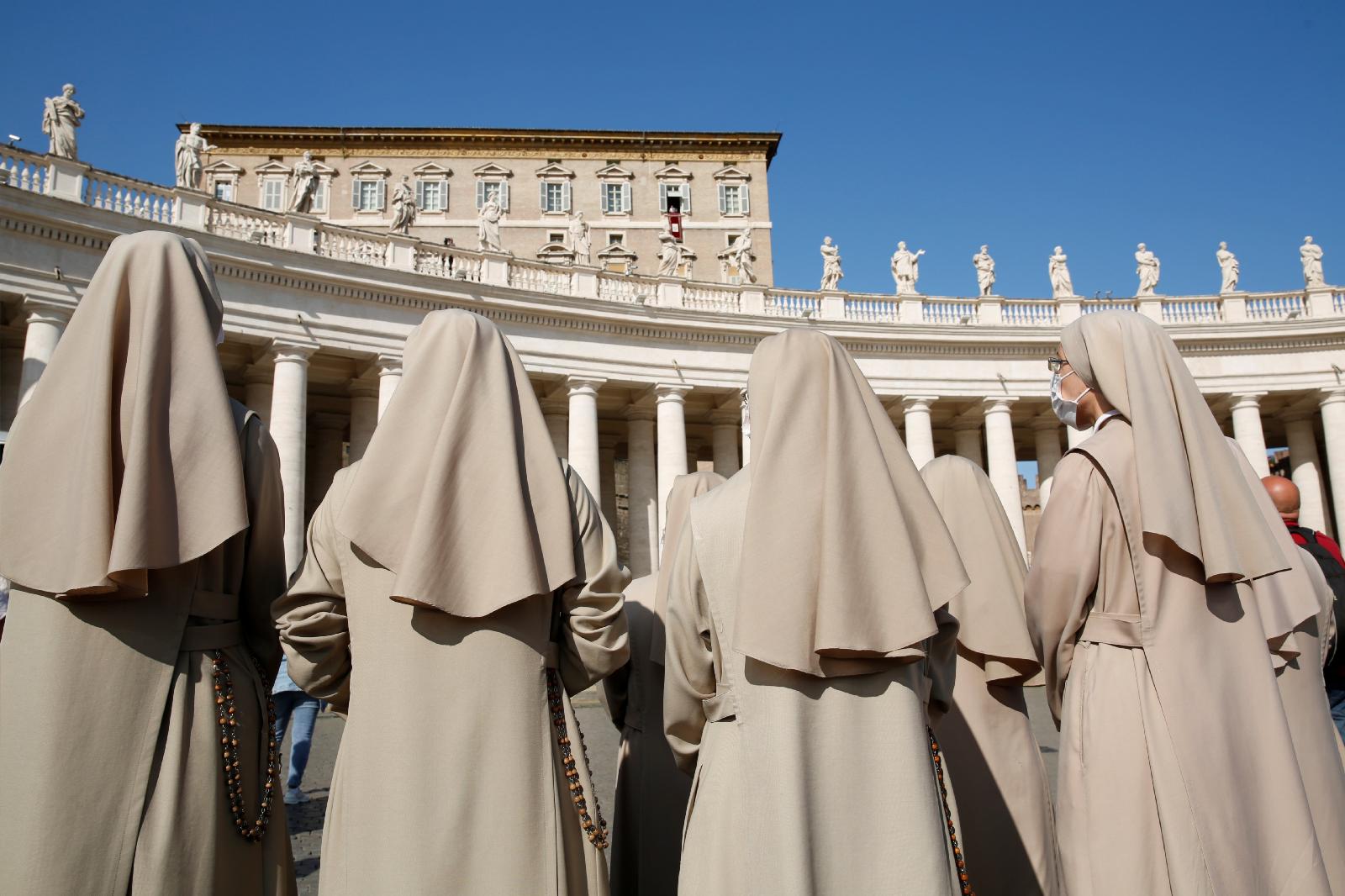 Pope Francis has ruled that new religious orders must receive Vatican approval before being established. It is a significant move that is likely to prevent the hasty establishment of small groups of religious and seeks to put an end to the sexual abuse scandals that have bedevilled such institutes in recent decades.

Francis has amended Canon Law meaning that local bishops will now need written permission from the Holy See before approving the setting up of communities of religious in their diocese. It also signals that bishops will be required to undertake a more credible and rigorous discernment than they have in the past before establishing congregations.

A proliferation of new “institutes of consecrated life or societies of apostolic life” have been established during the latter part of the 20th century, although many of them similar to one another. In an alarming number of cases, the founders of new orders have sexually and spiritually abused their members.

The Vatican has investigated a range of problems inside newly established congregations. These include cults of personality developing around the purportedly orthodox or charismatic founders; how members are formed; an excessive focus on traditionalist liturgies out of sync with the local church; authoritarian leadership styles; psychological manipulation oft those inside the groups and financial mismanagement.

“The faithful have the right to be advised by their pastors about the authenticity of the charisms and about the trustworthiness of those who present themselves as founders,” the Pope explained in the ruling. “It is the responsibility of the Apostolic See to accompany the Pastors in the process of discernment leading to the ecclesial recognition of a new institute or a new society.”

In a sign the Vatican is taking the issue very seriously, Archbishop José Rodríguez Caraballo, the secretary of the Holy See’s congregation for religious, recently wrote the foreword for a new book published this year Risques et dérives de la vie religieuse (Risks and deviations of Religious Life), which examines sexual and spiritual abuses and how to combat them. The book is written by Dysmas de Lassus, the minister general of the Carthusian Order who is based at the historic Grande Chartreuse monastery in the French Alps. Carthusians, who follow a strict rule of silence, do not normally give their names publicly to what they write but in this case, de Lassus has made an exception.

In the past new congregations could establish themselves in a diocese simply by winning the approval of the local bishop. After they attracted members they would then seek pontifical recognition like other well-established religions orders.

But the Jesuit Pope has for some time tried to place stricter oversight over the procedures and in 2016 ruled that bishops must consult with the Holy See before setting up religious institutes. Francis’ new law goes even further.

“This is a big step. It is tightening up what he [the Pope] started in 2016,” Kurt Martens, a professor of Canon Law at the Catholic University of America, said. “I think it can only be to the benefit of dioceses, the whole Church and the new institute to share the Holy See’s expertise in the process.”

Professor Martens explain that a local bishop may give permission to a new religious order which appears to be successful in attracting new recruits. In the long term, however, the group turns out not to be viable and this can cause greater problems for a diocese. He stressed that the involvement of the Vatican, though the Congregation for Institutes of Consecrated Life and Societies of Apostolic Life, would not deny local churches autonomy but help diocesan bishops make wise decisions.

“It is a service to local bishops to offer the knowledge and competency of the Holy See in this area so that institutes don’t become a burden in the long run,” he explained.

Following news of the Pope’s decision was released, a Benedictine nun took to Twitter to applaud the move.

“It’s not heavy-handed, it’s very prudent”, Sister Miriam McNulty of Turvey Abbey in Bedfordshire, UK, wrote. “Consider the case of a young woman who leaves everything, joins a new formed institute etc, is asked to leave and no financial provision is made for her. It happens and it nearly breaks people.”

The most serious scandal involving a religious institute in recent years concerns the Mexican Legionaries of Christ, set up in 1941, which presented itself as the model of orthodoxy and produced a huge number of vocations to the priesthood. But it later turned out that its founder, Fr Maciel Macial, had sexually abused at least 60 of his seminarians while fathering as many as six of his own children.

Then there is the Peru-based Sodalitium Christianae Vitae whose founder, Luis Fernando Figari, has been expelled from the order after a Vatican investigation ruled he had abused minors. The Sodalitum received diocesan approval in 1994 and pontifical recognition in 1997. Meanwhile in France, the Community of St John - established in 1975 under the authority of the Bishop of Autun - has admitted their founder, Father Marie-Dominique Philippe, sexually abused religious women inside the order.

This year the Pope took action against a community in his home country of Argentina by removing Miles Christi founder Roberto Juan Yannuzzi from the priesthood. A Holy See inquiry found Yannuzzi, who set up the group in 1991, had committed sexual misconduct with members of his order and abused power.

When he was Archbishop of Buenos Aires, the Pope had also sought to place restrictions on another Argentine religious order, the Institute of the Incarnate Word (IVE), set up in 1984. In 2016, a Vatican tribunal ruled that the IVE founder, Father Carlos Miguel Buela, had committed acts of sexual misconduct against his seminarians. The IVE had received support and patronage from Theodore McCarrick, the former Cardinal Archbishop of Washington DC who was removed from the priesthood in 2018 for abusing minors and seminarians.

A significant percentage of the new orders also include traditionalist groups who sometimes operate a rigidly hierarchical ecclesial model.

Early on in his pontificate, the Pope decided to continue an investigation started by Benedict XVI into the Franciscan Friars of the Immaculate, which started in 1998 and grew quickly. But disagreements erupted in the order over the use of the old rite, and they became divided. During the Francis pontificate, the Vatican has also investigated ultra-traditionalist Heralds of the Gospel group in Brazil, who appear to be at odds with the Second Vatican Council.

Attention is also turning to groups in the United States. During the presidential election campaign a group of sisters known as “The Children of Mary” were seen at a rally held by President Donald Trump in Ohio last month wearing MAGA (“Make America Great Again”) face masks and holding up bibles.

Although they wear religious habits and were dubbed the “MAGA nuns” by the media they are technically a “Public Association of the Christian Faithful”, which means they are not a formal community of religious sisters, although becoming an association is the first step towards doing so. The group were established in 2016 under the authority of Archbishop Dennis Schnurr of Cincinnati. The new Church law promulgated by Francis means Archbishop Schnurr will need authorisation from the Holy See if he wishes to allow the Children of Mary group to become a religious community.

Despite the difficulties, new congregations are a part of the Church’s life and many make a positive contribution with the Community of St Martin and the Jerusalem Community often cited as examples.