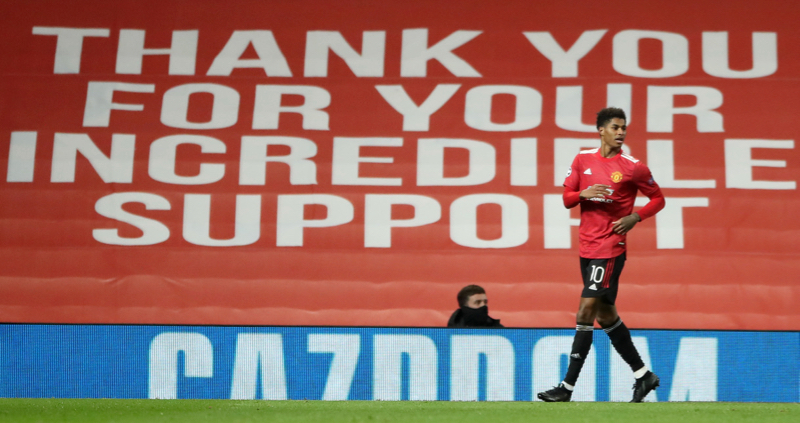 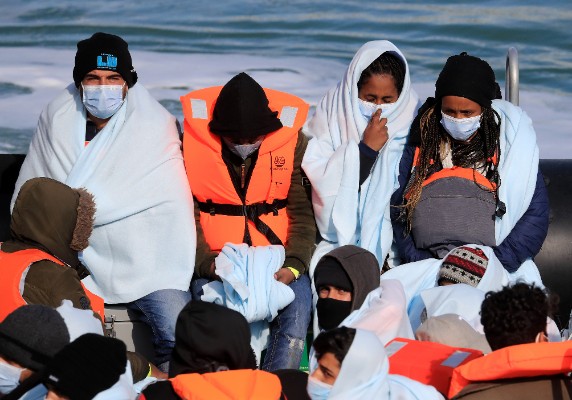 A group of people thought to be migrants are brought into Dover, Kent, by Border Force following a small boat incident in the Channel on 09 October
Gareth Fuller/PA Wire/PA Images

Campaigners have demanded the Government provide safe and legal routes into the UK for asylum seekers after an Iranian Kurdish family, including two children aged nine and six, drowned while attempting the dangerous Channel crossing.

Rasul Iran Nezhad and Shiva Mohammad Panahi’s 15-month old child is still missing, although French authorities said he may also have died when their boat sank on Tuesday.

The charity Care4Calais, which supports refugees in France, described their deaths as “a wake-up call” for the UK and French Governments.

Sarah Teather, Director of the Jesuit Refugee Service UK, said the young family’s death should “make us weep… we should cry out at the injustice that led to a family drowning on the doorstep of Britain.”

The Bishop for Migrants, Paul McAleenan, said this was a humanitarian tragedy, not a political opportunity.

“All who value human life, whatever their position on migrants and refugees, will be united in sorrow following yesterday’s tragedy in the Channel,” he said.

“Immediate thoughts should be with the adults and children who died, their families wherever they are in the world, and their companions who will remember forever what they witnessed. It is hoped that no one will want to make a mere political point because of the incident. What is truly needed is a meeting of minds.

“That will require a shifting of mindset on the part of those who set the rules, and the pursuit of heartless profiteers to ensure that no one feels compelled or encouraged to risk their life or that of their children, in a dangerous craft on the open sea.”

Care4Calais said everyone in the region was devastated, and called for international cooperation to end the unnecessary loss of human lives.

“We are grieving for the victims, we stand in sympathy and solidarity with their families and friends. It is cruel and horrifying that this time, young children are among the victims,” the organisation said in a statement.

“Refugees feel pushed to take these risks because of the policies of the French and British governments. Living in miserable conditions on the streets of Calais, hounded by the police, and left with no clear, legal process to have their UK asylum cases heard, refugees feel they have no other option but to take huge risks to make it to Britain, and some pay with their lives.

Instead of trying to put in place better laws that protect refugees, the UK Government is currently planning to scrap legal protections that allow refugee children in Europe to be reunited with their families in the UK.

This loss of life should be a wake-up call for those in power in France and the UK. We have to provide a safe and legal process by which refugees can have their UK asylum claims heard. That’s the way to put an end to terrifying, dangerous sea crossings and stop tragedy striking again.”

The call for the Government to re-establish and protect safe and legal routes for asylum seekers, particularly children, was echoed on Twitter by Sarah Teather.

“For weeks we’ve had ugly and ridiculous headlines: catching migrants in nets, wave machines to capsize dinghies in the channel and more besides,” she wrote. “Scapegoating and vilification of people seeking sanctuary threatens to close our minds, hearts and ears to real human lives.

Labour Peer Lord Alf Dubs, whose scheme to support unaccompanied child refugees find support and asylum in the UK was wound down by the Government when it reached 480 children, said in a message: “[The] tragic loss of life in the Channel, involving children, is heartbreaking. These deaths are a result of the increasing desperation of refugees as their legal routes to safety close. Without legal routes their journeys are dangerous and traffickers are the only winners.”

Currently family reunion rules known as the Dublin III regulations are the most effective legal route for asylum seekers seeking to enter the UK. These regulations, which are protected by EU law, will no longer be operational after the Brexit transition period ends this year. The Government has rejected an amendment to its immigration bill that would have ensured the route could remain open.

None of the Government’s resettlement programmes, intended to help the most vulnerable asylum seekers, have been restarted since they were closed in March because of the pandemic.