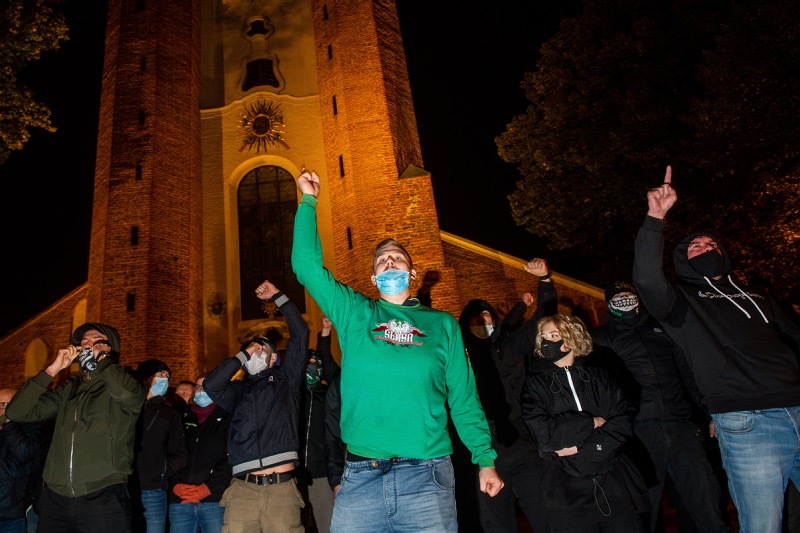 Poland's Catholic Church has welcomed a Constitutional Court ban on “eugenic abortions”, while warning the move will also require greater assistance for families with handicapped children.

“This court ruling has changed the legal situation, but we shouldn't just celebrate it without remembering the women who have such children and now also have a right to help,” said Bishop Wieslaw Smigel, chairman of the Polish bishops' Family Commission. “Far from ending the matter, the judgment presents us with the even greater task of standing with the parents of handicapped children, and especially with women.”

Speaking on Monday to the country's Catholic Information Agency (KAI), he said the Church opposed abortion, as well as euthanasia and the death penalty, but also ran many centres caring for sick children, which would need added support alongside state institutions in the new situation.

Meanwhile, the president of Poland's Bishops’ Conference condemned a wave of attacks on church buildings by opponents of the court ruling and called for"dialogue and restraint, reminding Poles the Church was not responsible for passing and scrutinising laws.

“The Church cannot stop defending life or proclaiming the need to protect every human being from conception to natural death, on this question, as Pope Francis often recalls, we can accept no compromise,” Archbishop Stanislaw Gadecki said in a statement. “The Constitutional Court's decision to defend the life of sick children has caused unusually emotional reactions... However, the vulgarities, abusive daubings, service disruptions and profanations seen in recent days are not a proper form of action in a democratic state, however much they may help certain people unburden their emotions.”

The court ruling, in response to a 2019 petition by centre-right parliamentarians, will prevent most abortions in Poland, where all but 26 of the 1100 terminations allowed in 2019, according to Health Minstry data, involved handicapped foetuses.

It was welcomed by Polish Church leaders, but protested by pro-choice groups, who disrupted Masses last weekend in Warsaw, Krakow, Poznan and other cities, waving placards and shouting slogans outside church buildings and offices of the governing Law and Justice party.

Pro-life organisations hailed the judgment as an “historic victory for the civilisation of life”, but also called on central and local government to ensure effective programmes for families with handicapped children.

“A small noisy group is trying to create the impression of mass action, using a model learned from the West, where a radical, neo-Marxist left acts just the same way,” the minister said. “We in Poland have seen over many years the results for those countries – dictatorship of political correctness, absurd regulations and a widening gender ideology. I'm sure most women, even those dissatisfied with the Constitutional Court ruling, will condemn these barbarous attacks and attempts to disrupt Holy Mass.”

Besides “severe and irreparable foetal damage”, Poland's 1993 law also allowed abortion in cases of rape, incest and threats to the life and health of a mother. It also required government bodies to provide all necessary help to pregnant women and single mothers, although critics said this part of the law had been ignored and forgotten over later years.