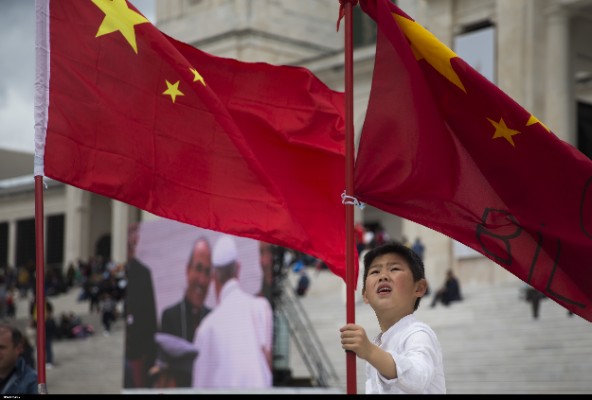 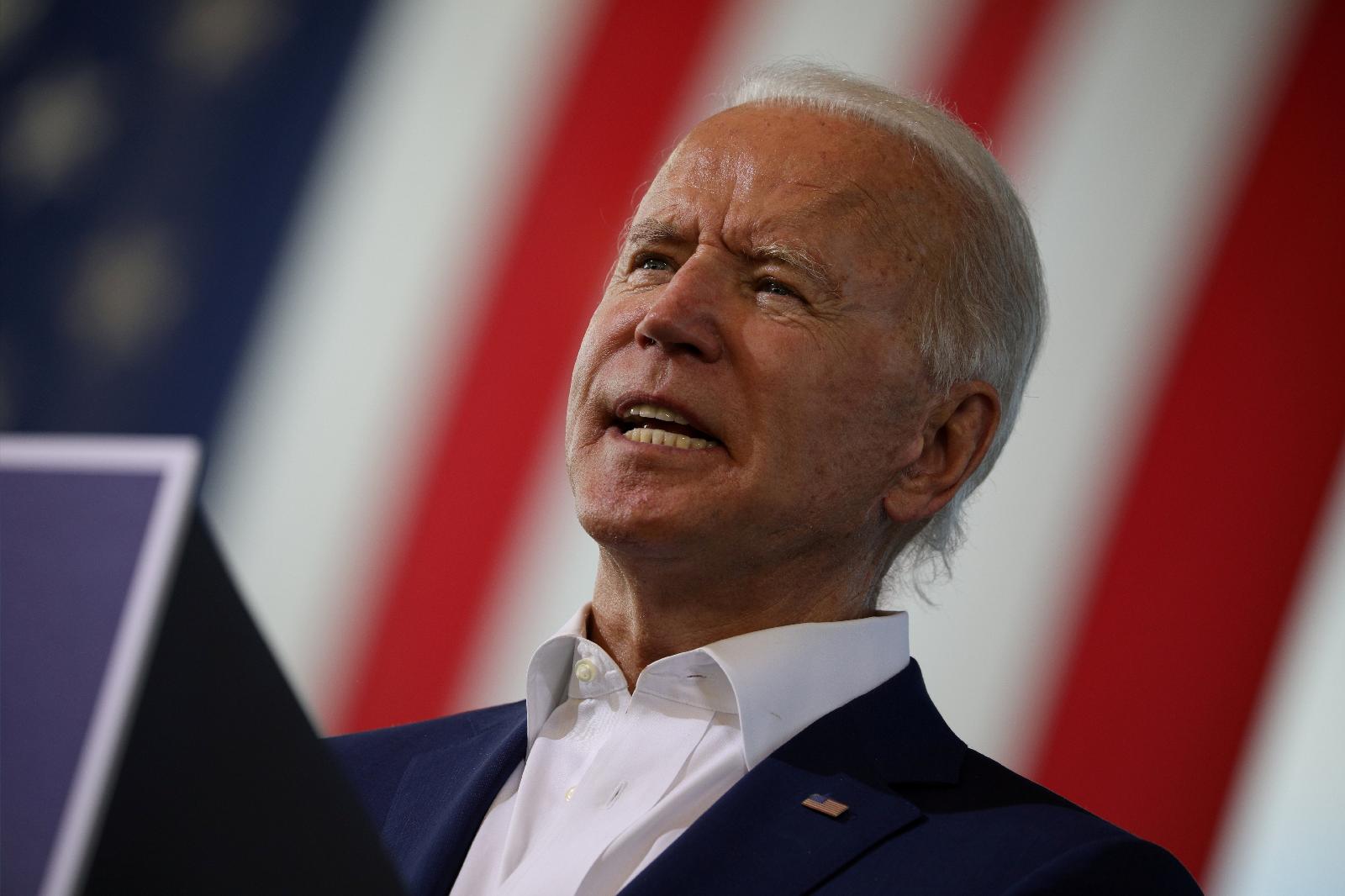 Both are Catholic, but their views couldn't have been more different.

The views expressed by the two women showed the divide among Catholics about who to vote for when the nation casts ballots in the  presidential election on 3 November.

“We see, basically, Catholics are split like Solomon's baby between the two parties,” said Emma Green, a reporter for The Atlantic magazine and one of several panelists who took part in a debate on Faithful Citizenship: Moral and Political Choices for Catholics in the 2020 Election.

The livestreamed panel, sponsored by the Initiative on Catholic Social Thought and Public Life at Georgetown University in Washington, was seeking to foster dialogue and understanding days before the culmination of one of the country's most rancorous elections anyone alive remembers.

“It's interesting how all of this could exist in one Catholic Church under a roof of people who share a faith, certain principles and teachings,” said Green, who writes about religion.

But it also showed how politics has seeped into the life of the church, as it has into so many other institutions, and how people have become shaped more by a political identity than a religious one.

“Catholics are more Republican and Democrats than they are Catholics,” she said.

With name-calling, bullying and denunciations on social media, including by some religious officials, the initiative was aimed at letting Catholics with different points of view have their say in a conversation unusual for its absence of rancour.

“We think that no one should be written out of our Catholic family for how they form and follow their conscience about how to cast their ballot,” said Kim Daniels, the initiative's associate director and panel moderator.

The dialogue drew much from the document that inspired the panel's name: Forming Consciences for Faithful Citizenship, by the U.S. Conference of Catholic Bishops, which aims to educate US church members about political responsibility.

John Carr, the initiative's executive director and a former USCCB staffer who participated in drafting the bishops' first document on Catholics and voting in the 1970s, said the most countercultural aspect of Faithful Citizenship is its central message: that politics is good and Catholics should take part, and that “if we focus on people, nothing else matters”.

Carr said it outlines what the church should be: “Political but not partisan, principled but not ideological, civil but not silent, engaged but not used.”

Against that backdrop, the program offered Karina De Avila and Mary FioRito, both of Illinois, an opportunity to present their reasons for backing, respectively, former Vice President Joe Biden, the Democratic nominee, and the Republican incumbent, President Donald Trump.

“As a Catholic, I have accepted the invitation of the bishops of the United States and educated myself about what's at stake,” said panelist De Avila. “It's naive and almost irresponsible to think that there's only one issue that defines an election.”

She said she considered the common good and also was affected by her experience working with immigrant communities, whose members have found themselves living in fear and adversely affected by the Trump administration's policies. She said she couldn't reconcile the contradictions of the Trump administration and how they went against her religious views.

“In conscience, I cannot vote for a man who is the opposite of everything that is humane and Christian,” she said. “He has failed the Catholic world by promoting racism implicitly and explicitly. In my opinion, it's horrendous. He has lied by using the pro-life (stance), arguing he's against abortion, yet the administration restored the federal death penalty ... and now he wants to take away basic health care for millions of people including the most young and poor.

“He has failed the American nation and has failed the Catholic world, by lying, distorting reality, disregarding the advice of scientists and advisers and making a mockery of the presidency of the United States.”

Neither Biden nor his party is perfect yet the decision was clear for her, she said.

FioRito said she was voting for Trump, concerned with what a possible Biden administration would mean for issues such as the legal protections for the unborn and for religious communities such as the Little Sisters of the Poor and their fight against providing birth control for employees, which violates their religious beliefs, and the Hyde Amendment, which bars the use of federal funds to pay for abortion except to save the life of the woman or in case of rape or incest.

Of not voting for Biden and running mate Kamala Harris, FioRito said: “They are not neutral on abortion.” Biden, a Catholic, and Harris both support legalised abortion.

And there was something about Trump, she said, that correctly tapped into a part of the population of the United States that “felt very much marginalised and had been called stupid and deplorable”.

She continued: “I think he tapped into some real anger and hurt from American citizens who had just been going out there, blue-collar people, out there trying to do their best, and didn't particularly want government to be involved in their lives.”

And that hurt and resentment was not coming from vengeful hatred but from a place of “woundedness”, and many responded and still support Trump because of it.

If something characterises this election, said Green, it's voting for a candidate out of fear of what his opponent or his party might do.

Among conservatives, there's a general fear that if Democrats win back political power, not just in the executive branch, but in the legislative branch, conservative Christian religious views will be pushed out of the public square. But certain religious communities and people of colour, including Latinos and Muslims, fear what they'll deal with next given Trump's “discriminatory language” and policies aimed at them, Green said.

“Depending on where you're sitting, there's a lot of fear that one or the other side (political party), is going to push one side out of the public square and there's no space for pluralistic coexistence in public life,” Green said.

US Catholics, who swung from Republican to Democrat and back in recent elections, have been a religious bellwether of sorts. And the church's emerging Latino population, the second largest ethnic group among Catholics, seems to be making a difference in pulling the group toward Biden this time around.

“They are the ultimate swing constituency,” Green said of US Catholics. “In three-fourths of presidential elections of the last 50 years, Catholics sided with the winner. So, you can see why presidential candidates would be eager to recruit Catholic voters to their cause.”

Perhaps understanding how crucial the Catholic vote remains, both presidential candidates were busy in the last days of the campaign, making pitches to the Catholic constituency.

Biden made a special appeal to Catholics in places such as the crucial battleground state of Pennsylvania, touting his religious bona fides and ties to Catholic life in Scranton. Trump, on the other hand, touted that he's about to place a female Catholic judge on the highest court of the land.

Carr, citing the guidance of Faithful Citizenship, said it was important to look at the issues, not at the candidates.

“Biden's appeal is personal; Trump's appeal transactional, what he's going to do for us,” he said. “What the bishops want us to be is principled.”