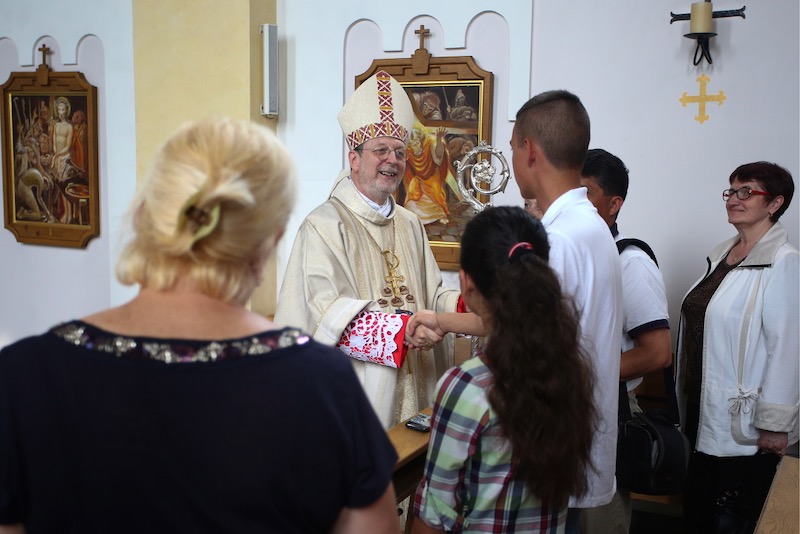 Trump lead collapsing among US Catholics 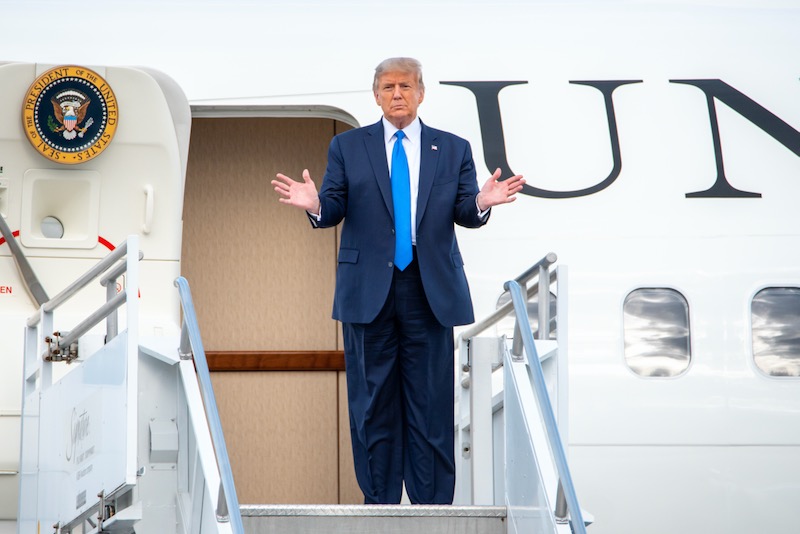 A new presidential poll by the Pew Research Centre shows Catholic former Vice President Joe Biden, the Democratic nominee, ahead by 10 percentage points, 52 per cent against 42 per cent, over the Republican incumbent, President Donald Trump.

Pew, unlike other pollsters, breaks down voter preferences by religious affiliation.

And the latest poll, which was taken over the period that Trump had contracted Covid-19, showed that over a two-month period, Trump's advantage has withered to just eight points, 51 per cent-43 per cent.

A Pew poll taken in July and August had showed a Trump lead of 19 points, 59 per cent over 40 per cent, among white Catholics.

Meanwhile, Biden maintains strong support among Hispanic Catholics, who account for 37 per cent of Pew's Catholic respondents. Biden's numbers more than doubled Trump's, 67 per cent against 26 per cent. This figure is up from 65 per cent who said they would vote for or were leaning toward Biden in the July-August poll. For all Catholics, Trump still leads by 51 per cent over 44 per cent.

Trump continues to draw majority support among Protestants, but those numbers slumped from the summer, according to Pew. One possible reason for Trump's slippage may that the new poll included the nominees of the Green and Libertarian parties, who jointly accounted for 5 per cent, said Elizabeth Podrebarac Sciupac, a Pew senior researcher.

Greg Smith, Pew associate director of research, said religious and political identity are coalescing. The Republican Party is increasingly made up of white Christians. Members of the Democratic Party, he said, are of “racial and ethnic minority backgrounds (who) tend to be deeply religious on average, combined with a large and growing group of mostly white people who by and large are not particularly religious. It's an interesting dynamic in play.”

Trump's job approval rating among all U.S. adults has slipped from 44 per cent in February 2017, a month after he took office, to 38 per cent. Among white Catholics, it has dipped from 58 per cent to 54 per cent. The chief executive took a pronounced drop in job approval among all religious groups from the last time Pew asked the question in a June 16-22 survey.

In the 2016 election, white Catholics and Protestants threw their support to Trump, while Hispanic Catholics cast their ballots for his Democratic rival, former secretary of state Hillary Clinton, said Sciupac, which is “consistent with trends from other presidential elections”.

The trends, Sciupac added, are “not just about candidate preference. These groups also have distinct views about how religions should, or should not, play a part in public life.”

Majorities of all religious groups in the Pew survey said they are against religious leaders and organisations getting involved in political matters and making candidate endorsements. The Catholic majority on political involvement was 62 per cent, and it was 76 per cent on endorsements.

Hispanic Catholics’ identification as Democrats has ticked upward from 66 per cent in 2002, when Pew first started tracking it, to 68 per cent currently. GOP identification has stayed steady at 27 per cent.

Having a Catholic on the ticket, or even at the top of the ticket, is no guarantee that Catholics will vote for that candidate. Smith said that in 2004, Catholic voters broke narrowly for the incumbent Republican president George Bush over John Kerry, the Catholic Democratic senator from Massachusetts.

“Joe Biden's Catholicism is no guarantee that he will get a majority,” of Catholic voters, Smith said, adding that may ultimately prove to be the case come election day on 3 November.

In January, before the first primaries, Pew did some preliminary polling about the Democratic aspirants. Joe Biden was the favourite of many Christian groups. He didn't have a majority, but he was the leading candidate, Smith said. “Bernie Sanders, along with Elizabeth Warren, were the favorite candidates of Democratic voters who say they are not religious.”

Pew's poll interviewed 10,543 US registered voters nationwide. Its margin of error is plus or minus 1.5 percentage points. It mirrors other recent national surveys that show Biden maintaining, and even expanding, his lead over Trump.

Pew identified nine states as battleground states where the vote could go either way. The website fivethirtyeight.com collects polls of voters in all states, including those battleground states. The surveys run the gamut: adults, voters, registered voters and likely voters. Fivethirtyeight also graded each poll on its reliability, from A-plus to D-minus. Those added to fivethirtyeight's collection Oct. 13-14, listed alphabetically by state, are:

– Iowa (6): Two polls with Trump ahead by two and six points, and a third poll with the candidates running even.

– Michigan (16): Six polls, all with Biden ahead from five to nine points.

– North Carolina (15): Eight polls, all with Biden ahead from one to eight points.

– Ohio (18): Three polls showing Trump ahead with leads of two, three and four points, and one with Biden ahead by one point.

– Pennsylvania (20): Five polls, all with the Pennsylvania-born Biden up by two to eight points.