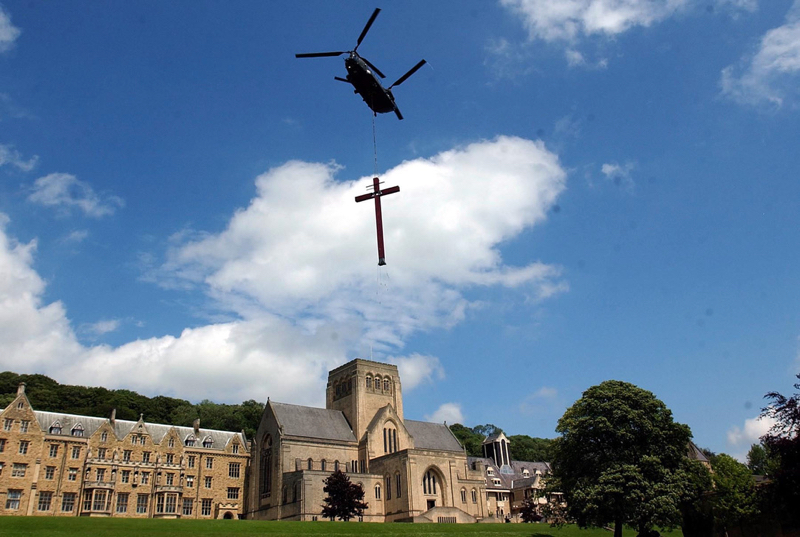 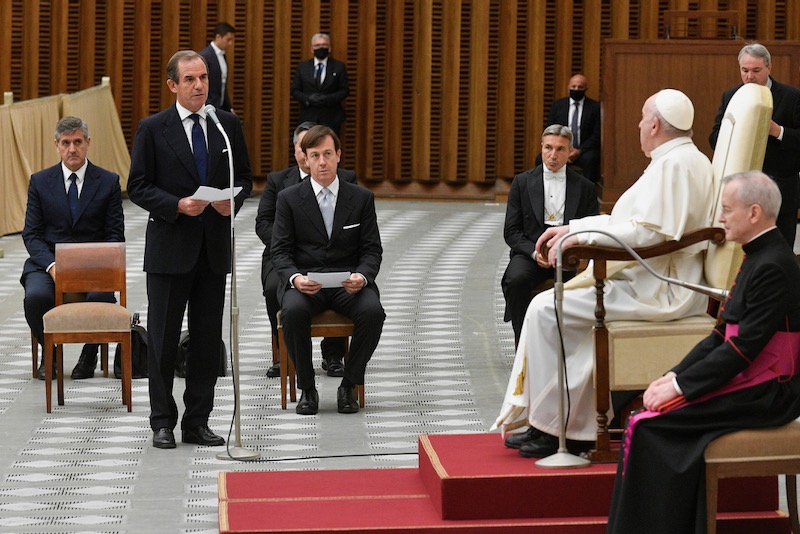 'Brothers all': Pope Francis in Rome on Monday.
Vatican Media/PA

Catholic Church leaders in Britain and Ireland have welcomed Pope Francis’ new encyclical, Fratelli Tutti, and its call to solidarity and social friendship.

Head of Cafod Christine Allen described it as putting forward the unflinching argument that “politics is failing the poor”.

In England and Wales Bishop Richard Moth, the lead bishop on Fratelli Tutti, described it as a “new world view” that advocates for listening and dialogue to achieve the common good.

In an interview with The Tablet Bishop Moth noted that the parable of the Good Samaritan was central to the text, which challenges individuals and governments to treat other nations and peoples with the same compassion the Samaritan showed his wounded neighbour.

“This calls us to a new world view. If I may take the example of the refugee, and the Holy Father recognises the situation of the refugee a number of times in the document, the temptation is there to ask: ‘Where have you come from? Why have you come here?’ The Holy Father asks us to look deeper and say, you are a brother, a sister, that dignity is yours because you are a human being. The only valid response will be that of welcome,” he said.

“I’m sure that many people will about the death penalty and about war. He recognises the possibility of the use of arms for defence but warns of the broadening of the principle of defence. His questioning of the applicability of the Just War tradition in our modern times calls us to think in new ways, calling the world to the often difficult and slow path of listening, dialogue and the development of all peoples for the common good.”

The director of Pax Christi, Theresa Alessandro, welcomed the Pope’s reading of “the signs of the times”.

“We deeply appreciate his continuing affirmation of the human dignity of all and our responsibility as Christians to be artisans of peace,” she said. “We are encouraged that in the ‘Injustice of war’ section, Pope Francis continues to find Just War theory wanting in the modern world.”

Cafod’s Christine Allen said the encyclical warned against a return to politics “as normal” after the pandemic. “This encyclical is a radical blueprint for a post-coronavirus world. Now is the time to change the framework of our economic systems, through debt relief for the poorest countries, the reduction of inequality, and invest- ment in local, green sustainable economic development.”

The leader of the Irish Church called the encyclical a “timely and provocative” call to solidarity with all of humanity. “Perhaps the real social distancing is the way that the great majority of people in the world can get on with their lives seemingly oblivious or ‘anaesthetised’ to the tremendous suffering, inequality and neglect of the poor and the most vulnerable among us,” the Primate of All Ireland, Archbishop of Armagh Eamon Martin, said.

Dr Anna Rowlands, St Hilda Associate Professor of Catholic Social Thought and Practice at the University of Durham, and Christopher Lamb, The Tablet’s Rome correspondent, discuss the Fratelli Tutti shortly after its publication by Pope Francis in Assisi.

Catholic women continued to express concern over the encyclical’s use of exclusive language, including its title, which the Bishops’ Conference of England and Wales said could be translated as, “‘All Brothers’, ‘Brethren all’ or ‘Brothers and sisters all’”. No women are cited in the encyclical, which describes itself as presenting “a new vision of fraternity”.

Theologian Tina Beattie noted: “Women might struggle to believe we’re part of a fraternity that excludes us in so many ways. Not a single woman quoted. Nothing to suggest deep dialogue with women thinkers.”

Papal biographer and journalist Austen Ivereigh said on Twitter that those who resent that the Pope had “ignored” or “overlooked” particular groups “miss its point”.

“Fascinating how all the faux indignation about Fratelli Tutti’s supposed gender exclusivity has vanished in the hours since its publication. People can see for themselves how radically inclusive it is,” wrote Mr Ivereigh.