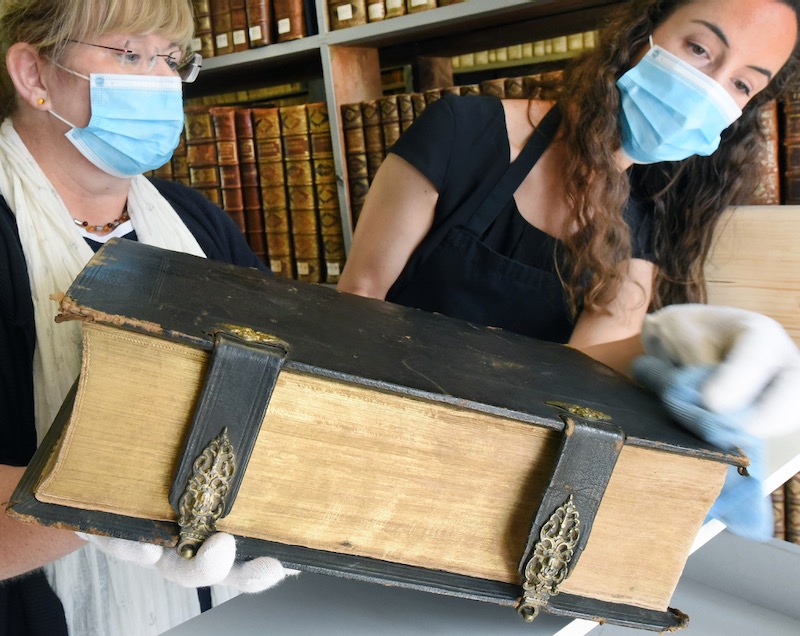 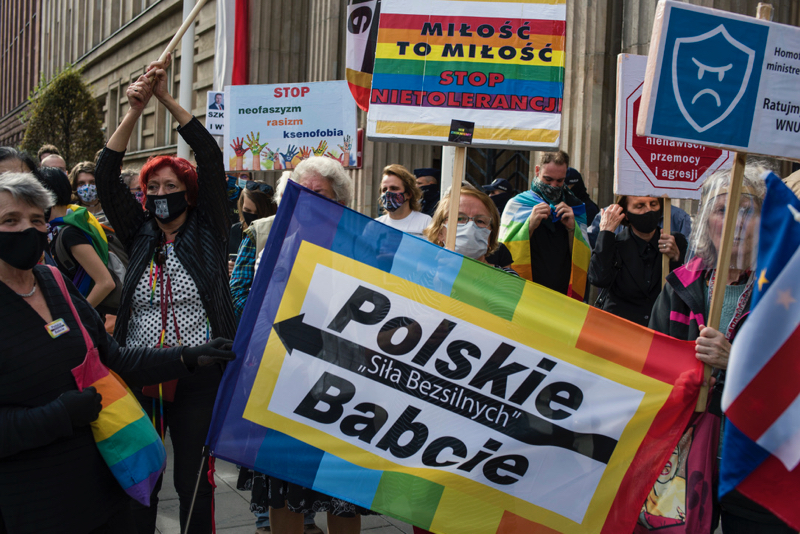 Protests outside Warsaw's education ministry this week, with several organisations calling for the resignation of Przemyslaw Czarnek, the new minister of education, known for his homophobic public statements.
SOPA Images/SIPA USA/PA Images

One of St John Paul II's former Polish students has resigned in protest from the country's main Catholic university after it reprimanded a fellow-professor for criticising the Polish Church's critical position on LGBT rights.

“I cannot continue co-operating with an academy whose directors treat their own professor so hurtfully, especially one who has the courage, for ethical reasons I share, to speak out on issues of such moral significance,” said Professor Andrzej Szostek, a Marian order priest who studied with the future Pope at the Catholic University of Lublin, serving as its rector in 1998-2004.

“Certainly, he has been critical of statements and decisions by certain Polish Church hierarchs. But this does not constitute a violation of the purity of doctrine or of the Church's teaching office”.

The 74-year-old philosopher was reacting to the Catholic University's reprimand of a fellow-priest and ethics professor, Alfred Wierzbicki, for publicly questioning a recent Bishops’ Conference statement on LBGT issues.

In a resignation letter, he said the university had given no reason for its reprimand, and had ignored messages of support for Fr Wierzbicki, a former head of the university's prestigious John Paul II Institute, from a dozen fellow-professors and 700 other Catholic signatories.

“I know referring this matter to the disciplinary commissioner is not officially a sentence, but it sets a worrying precedent”, said Fr Szostek. “It also sounds like a sentence, and it fills me with great pain”.

In a lengthy late August statement, Poland's bishops called on Catholics to show respect for LGBT activists. However, they also urged resistance of LGBT demands for a “social and cultural transformation” in conflict with Church teaching, and said the Polish Church would support clinics for LGBT people wishing “to regain their sexual health and natural sexual orientation”.

The bishops said: “It is absolutely right to respect every person, including those identifying as LGBT+, and a democratic state should ensure none of the basic rights of such people, when not in obvious conflict with human nature and the common good.

“But we must also highlight the proper expectations of the rest of society that the rights of other society members are respected, especially their religious feelings, as recognised by principles of morality and public order”.

The 27-page document, which attracted both international criticism and support, says Pope Francis had personally demonstrated, through “warmth and understanding” towards LGBT people, that the Church was open to dialogue with “every person of goodwill who seeks the truth”. However, this did not mean avoiding “a clear presentation of Church teaching on gender ideology, and on practices against nature and human dignity”.

In several media commentaries, Fr Wierzbicki said the bishops' statement contained “muddled assertions” and appeared to have been written “on the moon, not in Poland, where people are being persecuted”. He also called on the Polish Church “to be more careful, rather than endlessly repeating that homosexuality is a sin”, and said he believed same-sex partnerships posed no danger to families.