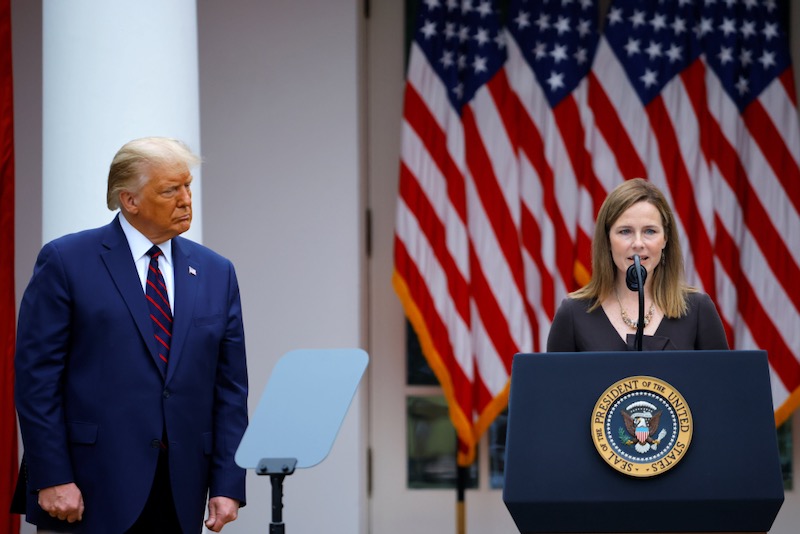 Warnings of anti-Catholic bigotry in opposition to Judge Barrett 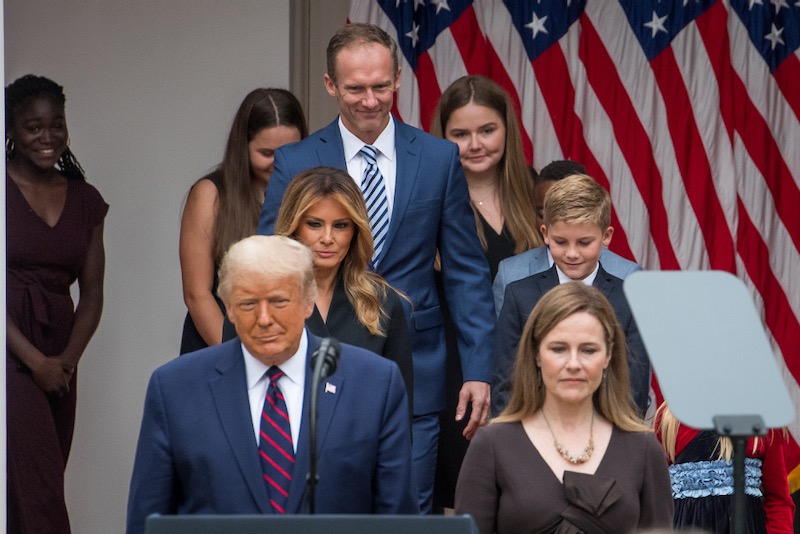 President Donald Trump announces Amy Coney Barrett, 48, as his nominee for Associate Justice of the Supreme Court of the United States during a ceremony in the Rose Garden on Saturday.
Rod Lamkey – CNP/DPA/PA Images

Senate majority leader Mitch McConnell has pledged to hold a vote on the nomination of Judge Amy Coney Barrett before the election, after President Donald Trump nominated her to the US Supreme Court.

Barrett, age 48, who will fll the vacancy caused by the death of Justice Ruth Bader Ginsburg, was appointed to the 7th Circuit federal Court of Appeals in 2017. Before that, she was a professor at the University of Notre Dame Law School for fifteen years and clerked for conservative Supreme Court Justice Antonin Scalia. A native of Metairie, Louisiana, a suburb of New Orleans, she will become the first graduate of Notre Dame Law School to serve on the Supreme Court. A mother of seven children, including two adopted children, she would be the first woman on the court with school-age children.

A self-described originalist in judicial philosophy, Barrett stated in her appearance at the White house that if confirmed, “I would discharge the judicial oath, which requires me to administer justice without respect to persons, do equal right to the poor and rich, and faithfully and impartially discharge my duties under the United States Constitution.”

Barrett would join the court’s conservative majority, giving them a six-three margin on most issues. All six were raised Catholic and five remain practising Catholics with Justice Neil Gorsuch having converted to Episcopalianism.

President Trump made clear in several interviews that he wants Barrett confirmed before the election so that she would be in a position to rule on challenges to the election results. As well, the week after the election, the court is scheduled to hear a case that could result in the overturning of the Affordable Care Act, the landmark 2010 law that extended health insurance to millions of working poor Americans. The Supreme Court narrowly upheld the law with Chief Justice John Roberts joining the court’s liberals. Barrett has criticised Robert’s decision, saying: “Chief Justice Roberts pushed the Affordable Care Act beyond its plausible meaning to save the statute.”

Democratic presidential candidate Joe Biden announced his opposition to Barrett’s nomination on precisely this issue. “It's no mystery about what's happening here,” Biden said. “President Trump is trying to throw out the Affordable Care Act. He's been trying to do it for the last four years. The Republican Party has been trying to eliminate it for a decade.”

Biden’s running mate, Senator Kamala Harris, is on the Senate Judiciary Committee which will conduct hearings on the nomination. In past hearings, both for Barrett in 2017 and other nominees since, religious commitments have frequently been questioned by Senate Democrats, with Republicans claiming such questions evidence anti-Catholic bigotry.

In Barrett’s case, attention is likely to focus on her membership in a secretive, charismatic organisation, People of Praise. Former members have charged the group is authoritarian in nature but the group’s defenders say its members simply seek to live out their faith more fully than most.

Conservative supports of Barrett began mounting a pre-emptive defence. “I and many other Catholics worry that a Supreme Court with a strong, long-term presence of self-identifying Catholics (there are currently five) could create the mistaken impression that the court’s decisions are driven more by theological concerns than legal ones,” wrote conservative commentator High Hewitt in the Washington Post. “But that worry does not license the exercise of anti-Catholic bigotry against a particular nominee.”