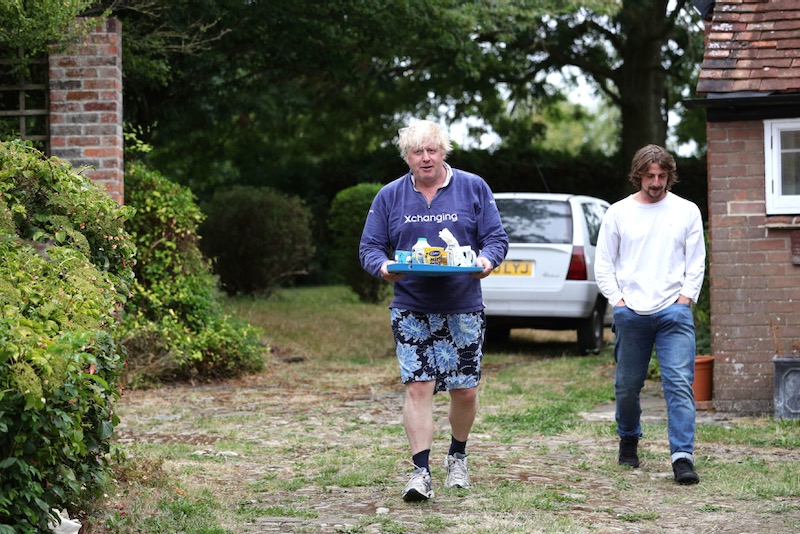 The CDF and euthanasia – analysis by Christopher Lamb

Cardinal Ladaria at the presentation of the new document at the Vatican this week.

Listen to Christopher Lamb on the new CDF document in our latest Tablet podcast.

The Vatican’s doctrine congregation, for decades feared for its investigations into theologians, is starting to flex its muscles once again.

One of the sea changes of the Pope Francis era has been the diminishing influence of the Congregation for the Doctrine of the Faith, the former Holy Office of the Inquisition.

It began when the Pope told a group of religious three months after his election not to worry if the CDF asked them questions. “Explain whatever you have to explain,” he told them, “but move forward.”

The forthcoming constitution for the Roman Curia intends to solidify these changes by placing the Congregation, the oldest institution in the Vatican and once known as La Suprema, behind a new department for evangelisation in order of precedence. This went down badly inside the Palazzo Sant’Uffizio, the CDF’s imposing 16th-century headquarters.

Now the CDF is striking back. The Pope may have curtailed the CDF’s powers but he has not yet been able to reform its doctrinal rigidity and inquisitorial culture.

The most striking example is the case of Fr Tony Flannery, a popular 73-year-old Irish Redemptorist. The CDF has told Fr Flannery that he can only return to public ministry if he signs a document assenting to Church teaching on women priests, homosexuality, same-sex marriage and gender theory.

The priest had been suspended in 2012 after raising questions about the priesthood, women’s ordination and same-sex marriage – although he hadn’t written about gender. Fr Flannery has refused to sign. At a recent Vatican press conference, Joshua McElwee of the National Catholic Reporter asked Cardinal Luis Ladaria, the Prefect of the Congregation for the Doctrine of the Faith, about the Fr Flannery case. The cardinal defended the congregation’s actions stressing that it had done “everything possible” to dialogue with the Irish priest. Fr Flannery disputes this.

Anyone who has been subject to a CDF investigation will attest to the psychological and emotional toll that one of them takes.

The Fr Flannery case is part of a wide picture of a CDF which doesn’t seem on-message with a pontificate focussed on dialogue, discernment and opening the processes of reform.

At the press conference where Cardinal Ladaria was asked about Fr Flannery, he was presenting a new document on euthanasia. The strongly-worded text describes euthanasia and assisted dying as “homicide” while adding that the sacraments should be withheld from those planning to end their lives.

While the document understandably reiterates Church teaching,  and has some rich passages on accompanying the sick and the dying, language is of the culture-warrior variety.

The Euthanasia document came a few days after the congregation sent a letter to the German bishops warning that proposals in the 2019 ecumenical document “Together at the Lord’s Table” to allow Catholics and Protestants to share communion were unacceptable. And over the summer the CDF ruled that baptisms performed using the incorrect form of words are invalid, generating widespread confusion, and unintended consequences.

Cardinal Ladaria is, like the Pope, a Jesuit and is more loyal to Francis, than his predecessor, Cardinal Gerhard Müller who claimed his role was to “provide the theological structure” for the pontificate because Francis is “more pastoral.”

Nevertheless, Ladaria is steeped in CDF culture and not a natural reformer. The word in Rome is that Archbishop Giacomo Morandi, the secretary of the CDF, is increasingly influential. It was his signature on the Fr Flannery document.

Along with doctrinal matters, the CDF’s responsibilities include processing clerical sex abuse cases, and helping tackle the abuse crisis.

But there is now an urgent need to make it clear what the CDF is for.

Rather than demanding that priests sign statements, might the congregation be more usefully employed promoting a deeper understanding of Catholic teaching and – if being the Church’s doctrinal police is to be part of its role – bringing into line those groups who brazenly reject the Second Vatican Council?

The CDF has to find its place within the missionary, outward-focussed Church that Francis sets out in his manifesto document Evangelii Gaudium.

One possible reform for the CDF could be to no longer have a prefect which could make it less of an empire and closer to the mission of the Pope. Not having a prefect would also be a return to tradition. Until 1968, that title was reserved to the Roman Pontiff.