Pope to take Covid concerns to global stage at UN 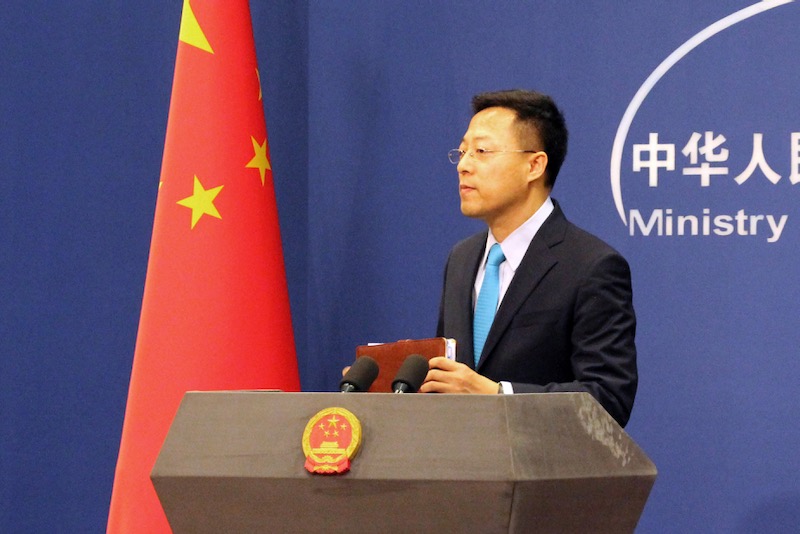 Amid growing international concerns about human rights abuses, the Chinese government has alluded to the “successful implementation” of the Sino-Vatican agreement.

Signed two years ago, the agreement is about to expire. Addressing the issue for the first time in months, the Chinese government declared an openness to it being renewed.

Pope Francis is understood to have signed off a renewal and Vatican Secretary of State Cardinal Pietro Parolin has also confirmed the plan to extend the agreement.

He said: “Since the beginning of this year, the two sides have lent mutual support to each other amid the Covid-19 pandemic….. and accumulated more mutual trust and consensuses through a series of positive interactions.”

The provisional agreement was signed in September 2018 between the Holy See and China, although its details have never been made public. Informed observers expect it to be extended for at least a year.

It acknowledged the role of the state-controlled church in the appointment of bishops, although the Vatican maintained a veto over choices, and aimed to unify the underground Church with the state-controlled patriotic church under Vatican leadership. Since then, seven excommunicated Chinese bishops have been welcomed back into the fold, and this summer three underground bishops loyal to Rome were granted official Chinese recognition.

The Church is likely to be reluctant to go back on the deal, despite evidence of China’s repression of Christian and other religious groups over the past two years.

China’s 12 million Catholics remain divided between a state-run authority and an underground Church whose first loyalty in religious matters is to Rome.  Many Chinese Catholic bishops and priests still refuse to sign up to the Chinese Patriotic Catholic Association, citing their objection to official pledges to the state authority and to communist ideology which they are required to sign.

Government officials have retaliated by harassing them and shutting down churches. There are many accounts of crosses being removed and unofficial communities being repressed. Religious education is banned for minors under the age of 18 and some dioceses, such as Shanghai, have seen underground priests stopped from leading prayers at funeral parlours.

Cardinals in the region, like Cardinal Charles Maung Bo of Myanmar and Cardinal Joseph Zen of Hong Kong, have been outspoken in their opposition to China’s tally of human rights abuses. Human rights groups and Western governments have catalogued severe crackdowns on Uyghur Muslims and Buddhists.

Christian Solidarity Worldwide said in a statement that Catholics inside China and observers worldwide have raised concerns about the decision to extend the controversial agreement, at a time of increasing violations of the right to freedom of religion or belief in the country.

CSW said the authorities had continued to harass, intimidate and detain clergy.

“Prior to the extension, a number of CSW sources expressed their disappointment with the agreement, but said they were resigned to the deal being renewed, since they had no expectation that the Vatican position would change.”

One of CSW's sources said: “We cannot feel any benefit [from the agreement]... all religions are suffering – it is no surprise that Catholics are suffering as well.”

CSW continues to receive reports of violations against every major religious community in the country, including Christians, Uyghur Muslims, Tibetan Buddhists, and Falun Gong adherents.

Examples of violations include the demolition of places of worship, mass arbitrary detention, enforced disappearance, intrusive surveillance, and restrictions on freedom of movement.

CSW said those who defended religious rights were also being targeted.

Shortly before the renewal was announced, UCA News reported that several underground priests in Jiangxi had been issued notices banning them from celebrating the liturgy on grounds that they are not recognised by the state.

CSW’s East Asia team leader Benedict Rogers said: “We echo the concerns expressed by Catholics inside and outside the country about the renewal of the agreement between the Vatican and Beijing. This comes at a time of rapid and significant deterioration in the level of freedom of religion or belief for people across China, including Catholics.

“Catholic leaders not recognised by the government continue to be harassed, and sometimes even detained or disappeared, while registered churches are under pressure to show their loyalty to the party by flying the national flag, removing religious symbols, and stopping religious activities for under-18s. We are also deeply concerned about the lack of transparency concerning the agreement. We call on the Vatican to put freedom of religion or belief at the centre of all its decisions concerning Catholics in China, and to prioritise the release of prisoners of conscience still detained or disappeared in China, including Bishop James Su Zhimin.”