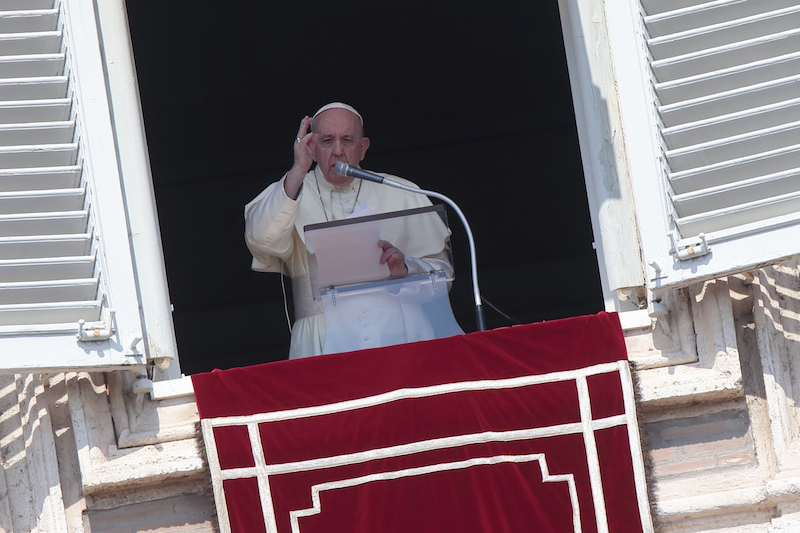 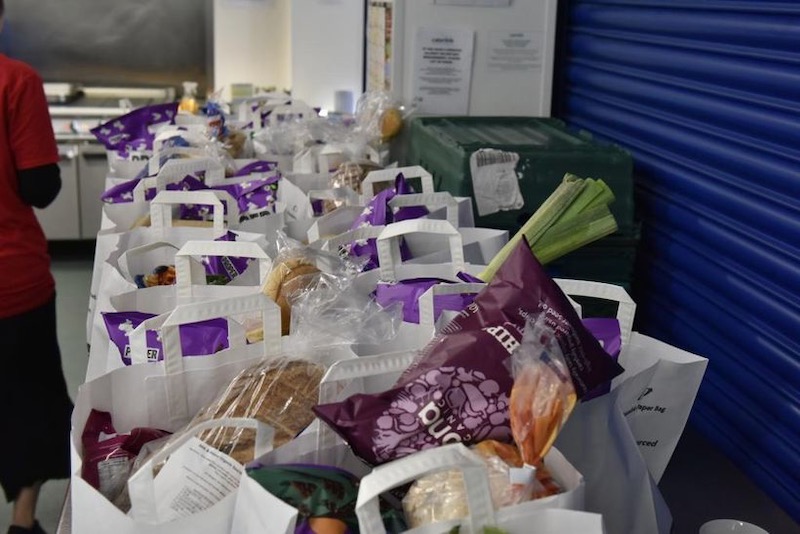 Some of the supplies being delivered to those who need them, by Caritas Westminster.

Westminster diocese’s Caritas development worker for North London has reported that the Church’s emergency food provision during lockdown was a lifeline to vulnerable people. Rosa Lewis said it has been “inspiring” to see how parishes responded to need in a time of great uncertainty and truly made the pop-up food stalls flourish, enabling thousands of people to access food for free.

As parish buildings stood silent during lockdown, once a week some became a hive of activity, receiving deliveries, assembling stalls and welcoming people to come and take bags and crates of food home. “In this way churches have continued fulfilling their mission, bringing Christ to the community,” said Ms Lewis.

By 8 April, three parishes had set up new'pop-up food stalls. For four months they ran once a week, every week, in Tottenham, Cockfosters and Palmers Green, handing out nearly 10,000 food parcels. Many people accessing the services did not have English as a mother tongue, which made it difficult for them to access other services. Ms Lewis said: “It is a testament to the trusted role of parishes in the community that people were able to receive help they needed.”

Caritas Westminster and the three parishes have thanked the Felix Project, FareShare and local councils, as well as various local supermarkets, for providing food. Morrisons in Enfield was singled out for providing a treat at Easter time: a chocolate egg or two in each food bag.

The parish priest at Tottenham, Fr David Lucuy Claros, said it was often “difficult to hear the tragic situations” people were in. “A number of them were single mothers with two to three children to feed and dependent on Universal Credit alone and some without income at all,” he reported; “another lady was made redundant and was heavily pregnant.” He added that “many of the parishioners expressed gratitude for having the opportunity to help.”

Gerry Bell, co-ordinator of the Palmers Green food stall, spoke of the joy of seeing lives transformed. "We had an uplifting moment when a homeless lady in her early twenties returned after a few weeks away” he reported. “She had got a job as a health care assistant and found a place to live,” he added “and was very appreciative of the support given to her."

The Tottenham food stall closed at the end of July having helped an average of 75 people and their families each week. Support is continuing in the form of food vouchers and non-perishable food. The Cockfosters stall closed at the end of August, after helping 15 people and their families. In Palmers Green, the stall is continuing to help around 300 people by delivering food to people's homes and hosting a drop-in lunch.

This week, the Trussell Trust, which supports a nationwide network of food banks, has predicted a massive increase in food bank use over the Autumn and Winter. A new report forecasts a 61 percent rise in food parcel distribution from October to December if urgent action is not taken now.

The Trust also warned that 670,000 additional people will be classed as destitute by the end of 2020. At the beginning of the pandemic around half of food bank users had never previously visited one, however, with furlough schemes ending, and unemployment rising to heights never before seen in the UK, this winter is likely to see even more people falling into food poverty. The Trust suggests the government’s comprehensive spending review and budget this Autumn “is a crucial opportunity to ensure support is there for anyone who needs it and we need the government to make sure an effective safety net exists for everyone.”