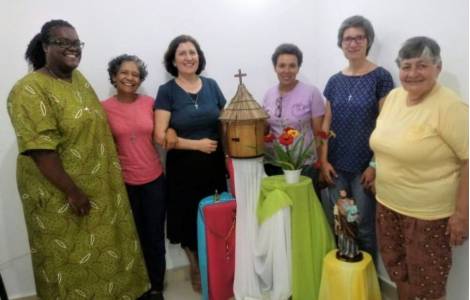 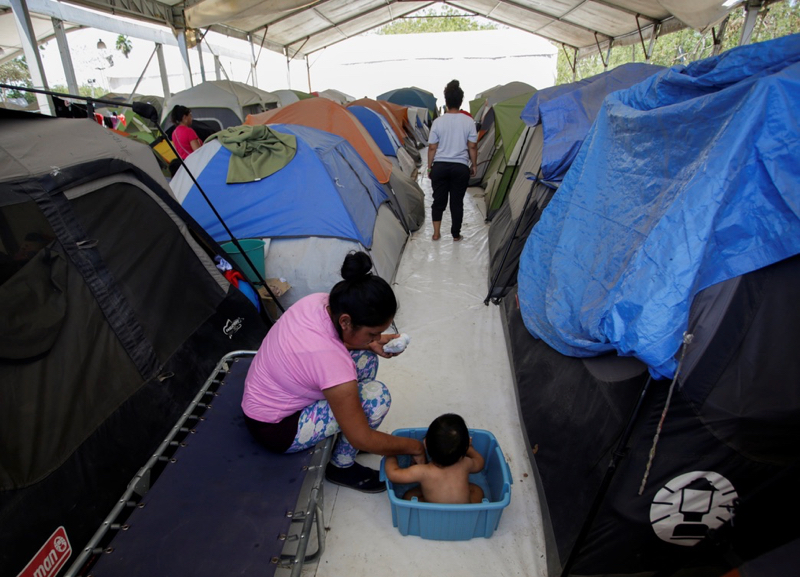 When Sister Norma Pimentel asked asylum seekers at a camp along the Rio Grande in this Mexican border city what they needed, they used to ask for items like utensils and blankets. Now when you talk to them, they express fear for their safety and ask how to get out.

He claims that they are entering a more desperate situation. “Get me out of here, I'm afraid for my son,” is what they tell him.

To the residents of Dignity Village, inhabited by asylum seekers who are waiting in Mexico for their cases to advance in the US courts as part of the Immigrant Protection Protocols plan, everything has happened. From waves From cold to hurricanes, they have seen rats and snakes, to bug infestations, and criminal gangs that kidnap them. Now they face the Covid-19 pandemic.

But fear has gripped the camp in recent weeks, when at least seven people were found killed and their bodies dumped along the riverbank in an area where camp residents used to wash and bathe.

“It is difficult to know what is happening because the authorities are not speaking and they are not identifying the individual. They say that the dead person is from the city of Matamoros, but most people do not believe it,” said the Sister Norma, of the Missionaries of Jesus Congregation and director of Catholic Charities of the Rio Grande Valley. “It's dangerous and everyone wants to leave.”

As time passes, despair takes hold of them, especially when those who occupy the temporary tents suffer events, such as Hurricane Hanna that hit them in August, almost flooding the camp. The Covid pandemic has forcesdthem to postpone their hearings in US courts for the immediate future.

”There is nothing in sight that can really help them move forward. They have endured months of hardship and Covid-19 is not helping,” Sister Norma said.

The camp's population has decreased to fewer than 1,000 residents, about a third of its maximum capacity. Some returned to their home countries, while others have moved to better accommodations. Some asylum seekers are settling in Mexico and applying to stay, although Sister Norma said many of them “do not see themselves as either thriving or living safely there, so Mexico is not considered” as an option.

Some of those living in the camp are also tempted to cross the Rio Grande into the United States. This is a risky proposition, according to three people who work with immigrants. They explained that the river has strong and deceptive currents and organised crime demands payment from those who try to cross.

“You have to pay them $500 to do that. They are not going to try to help you cross, they are just giving you permission to cross,” Sister Norma said. “If they happen to send you back, you're in trouble, and they make sure you know that.”

Rodrigo Castro, an asylum seeker from Guatemala and leader in the camp, was found dead on August 18 in the river. Castro was initially believed to have drowned while trying to rescue someone from the river, but rumours that he was murdered are common in the camp. A source who knows his family claims it was a murder to “send a message” to those who cross the river without paying.

At least six other dead people have been found in the sector although it is not certain whether they were living in the camp.

María, a resident of the camp from El Salvador, who spoke under a pseudonym to protect her identity, described a desperate situation in the camp that is prompting people to take risks on the river.

A person helping out at the camp said that people who have been severely beaten by organised crime gangs are receiving medical treatment. The beatings are called “tablazos”, in which a wooden stick is used to whip the person.

The control that elements of organised crime maintains over transmigration throughout the state of Tamaulipas has been going on for several years, according to people from the church who work with migrants. They warned that the Migrant Protection Protocols, released in early 2019 and later implemented in Tamaulipas, would send asylum seekers back to dangerous border cities.

The violent experience inside the camp has increased the vulnerability of the migrants, said Father Francisco Gallardo, who directs migrant ministries in the Diocese of Matamoros.

“That gave rise to strengthening the criminal groups for the economic issue because when a migrant remains stranded in Mexico what they are looking for is for the coyotes to cross them and they are charging them a lot of money,” said Father Gallardo. “And that strengthens the economy of criminal groups ... there are more deaths, more situations of vulnerability and more missing persons.”

Meanwhile, Father Gallardo continues to celebrate Mass at the camp and provide spiritual care. His team also works processing requests from camp residents to settle in Mexico or return to their countries of origin.

Sister Norma often coordinates with Mexican immigration officials, forwarding resident requests for consideration. He also listens to petitions, such as pleas from a group of pregnant women, who doubted whether US officials would grant them a hearing.

Despite all the desperation, she said, many have not given up hope of reaching the United States for one simple reason: “They cannot return to their countries.”