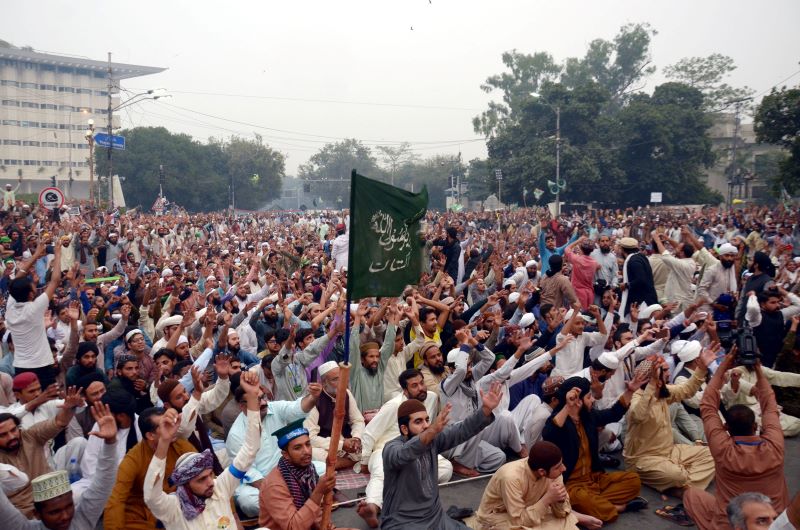 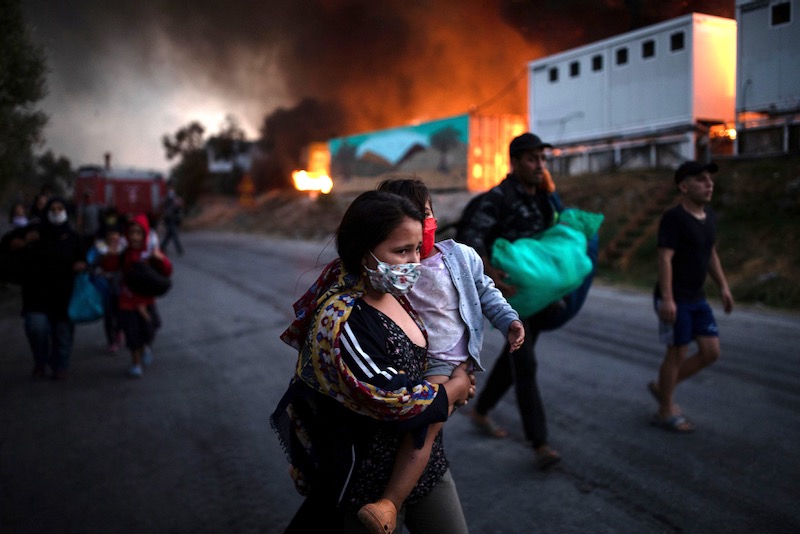 A displaced woman and child flee after fires broke out at the Moria refugee camp on the island of Lesbos, Greece, yesterday.
CNS photo/Alkis Konstantinidis, Reuters

Hours after a fire or fires sent thousands of migrants and refugees fleeing their tents and makeshift container homes at the Moria camp on the Greek island of Lesbos, a close aide to Pope Francis called for the permanent resettlement of all the residents.

“Since the time of the visit of the Holy Father (in 2016), we have been asking them to empty these concentration camps, but they let us take only the small groups that we have brought to Italy at the Vatican's expense in collaboration with the Community of Sant'Egidio,” said Cardinal Konrad Krajewski, the papal almoner.

Asked about the fire, the cardinal, who has visited the Moria camp several times and accompanied small groups of asylum-seekers to Rome, told Catholic News Service that sooner or later it had been bound to happen.

The refugees who entered Europe by arriving in Greece, but have been stuck in overcrowded camps there, are at the limit of supporting such an inhuman situation, the cardinal said. “It's like their hope is being killed.”

While government officials said they were investigating the cause of the fire, the Greek news agency ANA said it broke out at 2am after clashes began when some of the 35 refugees who tested positive for Covid-19 refused to move into isolation with their families.

While many were given shelter in portable containers, thousands of others lived in tents on a hillside olive grove.

Daniela Pompei, who coordinates the refugee-resettlement program of the Sant'Egidio Community, said she had been in contact that morning with many of the asylum-seekers at the camp.

She said: “The situation is dramatic. Our refugee friends in Moria are desperate.” Most of the 12,000 people who were in the camp are now on the road leading to the sea. Local media reported that the Greek police and nearby residents were preventing the asylum seekers from moving into town.

Pompei said it is necessary to find immediate housing at least for the families with children and other vulnerable people and to feed all of them.

“They must set up structures quickly with military tents or use hotels if possible. But even more importantly, they must transfer people to the mainland.”

As Pope Francis has said repeatedly, Greece, which is part of the EU, and Italy and Malta cannot be expected to enforce Europe's borders and its refugee policies alone.

Other nations must accept the transfer of family groups and unaccompanied minors, Pompei said. “It is necessary to help Greece and, particularly, to help the asylum seekers who are mainly Syrians, Afghans, Congolese and Cameroonians.”