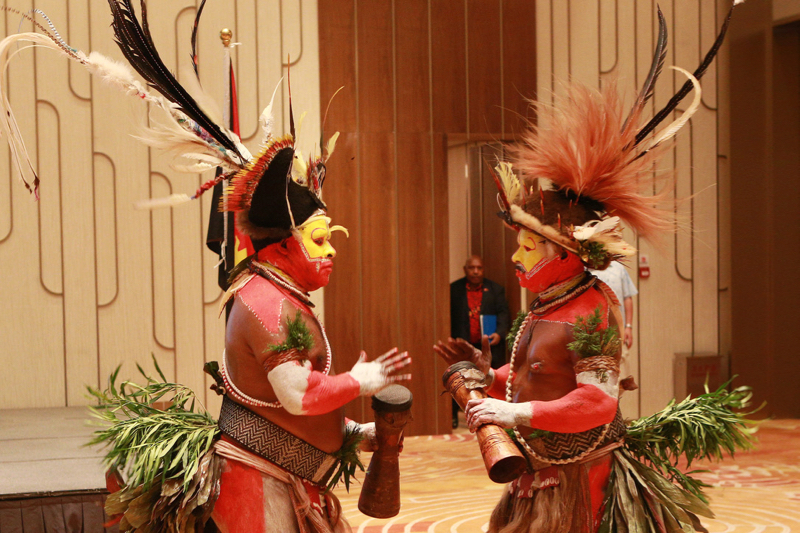 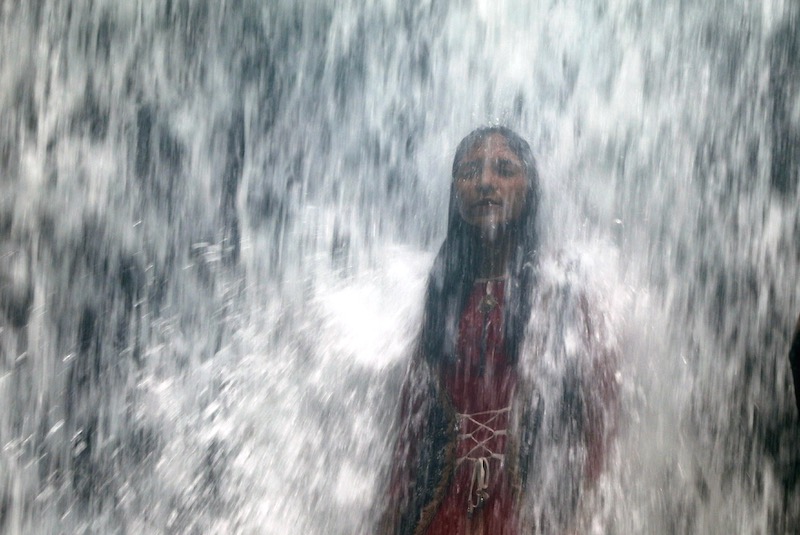 A woman stands under a waterfall as a lake overflows due to heavy rainfall in Mumbai, India, August 29, 2020.
CNS photo/Francis Mascarenhas, Reuters

Pope Francis flagged up the opening of the month-long Season of Creation last Sunday after the Angelus in St Peter’s Square. “The first of  September is World Day of Prayer for the Care of Creation,” he said, and, “from this date until 4 October we will celebrate with our Christian brothers and sisters from various Churches and traditions the Jubilee of the Earth.” He applauded initiatives around the world, “among them, the concert held today in the Cathedral of Port-Louis, capital of Mauritius, where, unfortunately, an environmental catastrophe has occurred recently”.

The Season of Creation is an annual ecumenical event. Catholics will mark the World Day of Migrants and Refugees during the Season on 27 September, highlighting the obligation, as Pope Francis says, to “listen to the cry of the Earth and the cry of the poor.” There is acknowledgement of refugees displaced because climate change.

In Europe, the presidents of the Conference of European Churches and the Council of European Bishops’ Conferences released a joint statement: “We invite you to celebrate the Season of Creation this year under the heading of Jubilee for the Earth. The lesson from the biblical concept of jubilee points us towards the need to restore balance in the very systems of life, affirming the need for equality, justice and sustainability and confirming the need for a prophetic voice in defence of our common home.” The Catholic Bishops of England and Wales have compiled resources for use during the season.

National celebrations include tree-planting programmes in the Philippines and several US dioceses, fresh commitments globally to disinvest from fossil fuels, and online prayer events and webinars organised by the Global Catholic Climate Movement.

Neil Thorns, Director of Advocacy at CAFOD, said: “We join Pope Francis in his strong and urgent call for just and sustainable societies, able to take care of both people and the environment. The Coronavirus has highlighted the inequalities and injustices that already existed in our world. Pope Francis urges us all to make sure the world’s poorest people are not forgotten as countries look to rebuild from this pandemic.

“His message at the start of the season of creation highlights the need for action on debt cancellation so poor countries can spend money on health not debt. He calls for urgent action on climate, nature, and biodiversity at the two big international meetings next year and that companies must stop illegal deforestation and the destruction of our world. Pope Francis is giving us hope, we know the problems and solutions now is the opportunity for politics and policies to change.”

The Columbans have produced a series of six podcasts focusing on biodiversity. One features Irish Columban Liam O'Callaghan, JPIC national coordinator in southern Hyderabad Diocese, who has served in Pakistan for two decades: “I tried to highlight diversity and interfaith dialogue, noting that 40 per cent of marine species have disappeared from the polluted sea of Karachi because of waste dumping and the discharge of untreated industrial sewage,” he told UCA News

The Columbans, a society of priests and lay people who live and share the good news of the Gospel by working in 16 countries with those who are poor and exploited, and who include care of the natural world, explore the beauty of biodiversity and the threats it faces in the podcasts.

Grounded in Catholic Social Teaching, the Columbans hope that these podcasts will help a growth in understanding of how caring for “our common home”, as Pope Francis calls it, is fundamental to life as people of faith and as global citizens.

The episodes will be released throughout the 2020 Season of Creation which ends October 4. Called Jubilee for the Earth: Biodiversity and Our Sacred Story, each of the six episodes will explore biodiversity and a related issue like economic justice, peace, migration, and other topics related to Catholic Social Teaching.

The first in the series, The Spirituality of Biodiversity features Fr Dan Troy, who runs environmental workshops in China and Professor John Feehan, a world expert on biodiversity.

The first podcast, The Spirituality of Biodiversity.

Catholic news A Season of Creation refugees and migrants