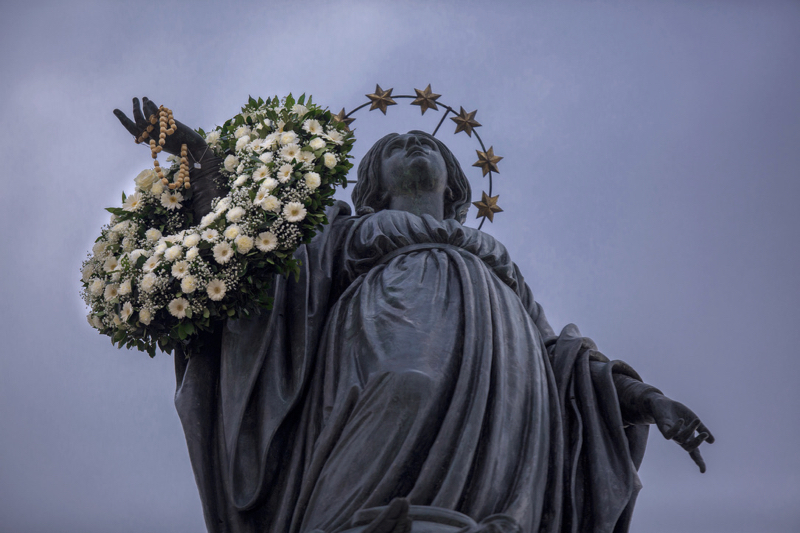 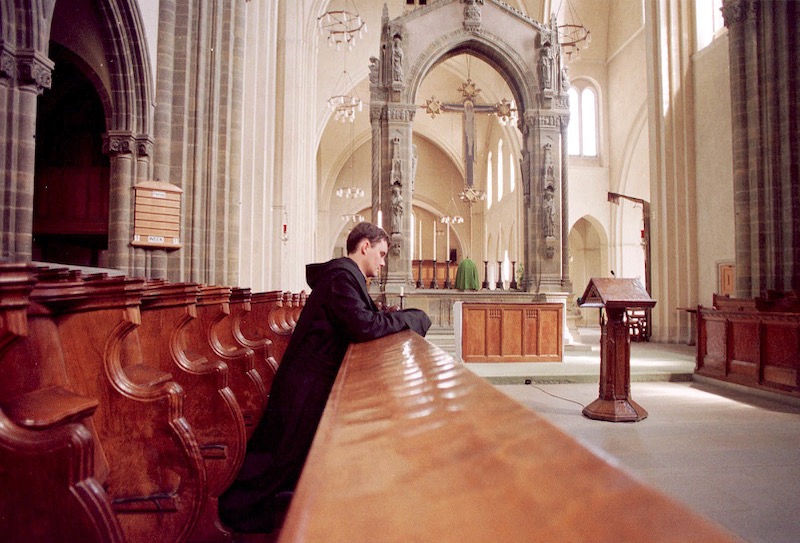 File picture from 1999 of a monk at prayer at Ampleforth Abbey.
Paul Barker/PA Archive/PA Images

Ampleforth Abbey is to elect a new Abbot in 2021 after the Holy See concluded that Fr Cuthbert Madden, who stepped aside from the role in 2016 during an investigation into alleged misconduct, should not return to the community.

Fr Madden stepped aside as Abbot in 2016 after allegations of sexual misconduct were made against him. He has always denied any wrongdoing. North Yorkshire Police investigated the allegations and did not bring charges; the Catholic Safeguarding Advisory Service (CSAS) Review Panel which examined Fr Cuthbert’s case did not find any sexual misconduct. He has been placed under restricted ministry.

Fr Madden began a civil action to be reinstated after not being allowed to resume his duties and issued legal proceedings against Fr Christopher Jamison, Abbot President of the English Benedictine Congregation, and three others, including the Catholic Trust of England and Wales. That civil action was struck out in the High Court in January, following a two-day hearing.

This week a spokesperson for Ampleforth revealed that the Holy See, which conducted a visitation at Ampleforth in 2018, has now concluded its own review and does not support Fr Madden’s request to return to the Abbey.

“It noted that, while it was appropriate to impose restrictions as part of normal safeguarding procedures, Fr Cuthbert has not committed any canonical delict nor been convicted of any civil crime. These restrictions, in line with standard practice, will now be reviewed. Fr Cuthbert sought a review of the process through the English courts who decided that his claims could not go to trial,” the statement reads.

“The Holy See has studied the case carefully, including the current external scrutiny of Ampleforth and the fact that Fr Cuthbert’s mandate as Abbot expires in January 2021. It does not support Fr Cuthbert’s return to Ampleforth as Abbot or as a resident member of the community but wishes him to be free to live in a Benedictine community of his choice with the consent of the host Abbot. The Abbot President is helping to facilitate this step. As it looks to the future, the Ampleforth monastic community will now prepare for an abbatial election in January 2021.”

Ampleforth’s Prior Administrator and Acting Religious Superior, Fr Gabriel Everitt OSB, announced the Holy See’s decision in a letter to The Ampleforth Society this week.

“At this time, I ask you to remember in your prayers all concerned and to pray for victims and survivors of abuse. Fr Cuthbert would like me to pass on his thanks to you all for your past and continued support of the work of the Abbey and he assures you of his continued prayers,” he wrote.

Richard Scorer, specialist abuse lawyer at Slater & Gordon, who acts for numerous victims of abuse at Ampleforth in Independent Inquiry into Child Sexual Abuse (IICSA) and in civil cases, said: “Irrespective of the allegations against him personally, Fr Cuthbert was one of the senior leaders at Ampleforth during the period when it was mired in scandal and safeguarding failures. It would never have been right for him to return to Ampleforth, and so I welcome this confirmation that he won’t be. That said, the problems at Ampleforth have been systemic and go well beyond any one individual, and will only be addressed in future by a combination of a mandatory reporting law and much more effective external oversight; I hope that IICSA will recommend both.”