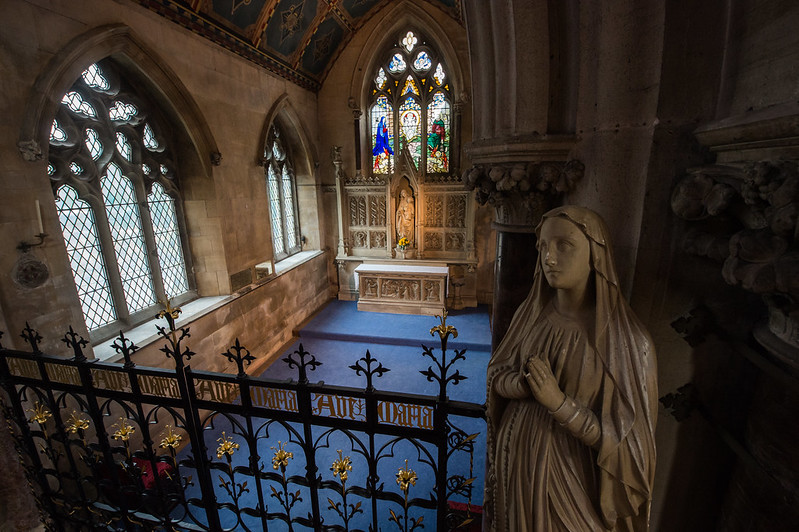 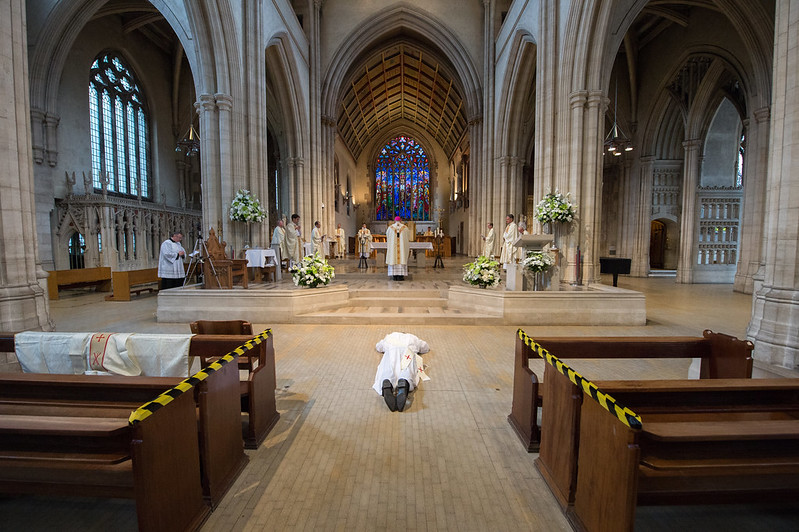 Ordinations to the priesthood in Southwark (file pic)
Mazur/cbcew.org.uk

The Catholic Church in Ireland is living through a vocations “pandemic” which will see more new bishops ordained this year than new priests, a well-known cleric has warned.

Fr Paddy Byrne, who is parish priest of Abbeyleix and Ballyroan in the Diocese of Kildare and Leighlin told The Tablet he was “genuinely concerned” for the Irish Church as someone who is “passionate about my ministry and very worried about my future”.

The 46-year-old, who is the second youngest priest in his diocese, described the number of diocesan priestly ordinations this year for the Irish Church’s 26 dioceses as “abysmal”. He said: “Could you imagine in the middle of a pandemic if there were only two or three doctors graduating for frontline service?”

This Sunday, Archbishop Michael Neary will ordain Rev Shane Costello to the priesthood for the Archdiocese of Tuam at Knock Basilica, Co Mayo.

The Diocese of Meath will ordain Deacon Norman Allred on Sunday 20 September in the Cathedral of Christ the King, Mullingar.

There may also be an ordination in the dioceses of Dublin and Kilmore later this year.

Meanwhile, the episcopal ordination of the new bishop of Achonry, Bishop Elect Paul Dempsey is due to take place on 30 August, while the new bishop of Kilmore, Bishop Elect Martin Hayes is due to be ordained at the end of September, a spokesman for the Irish Bishops told The Tablet.
Last Saturday, Monsignor Michael F. Crotty was ordained Archbishop at St Colman’s Cathedral in Cobh in the Diocese of Cloyne. Pope Francis appointed the 50-year-old as Apostolic Nuncio to Burkina Faso in Februrary and at the same time elevated him the position Archbishop, appointing him to the titular See of Lindisfarne. The Mitchelstown, Co Cork native was to have been ordained Archbishop in St Peter’s Basilica in the Vatican last March by Cardinal Pietro Parolin, the Vatican’s Secretary of State, but the ceremony was postponed due to the Coronavirus pandemic.The principal ordaining bishop on the Feast of the Assumption in Co Cork was Archbishop Paul Gallagher, the Holy See’s Secretary for Relations with States.

Fr Byrne, who has been an outspoken critic of Ireland’s system of direct provision for refugees and asylum seekers said his life as a priest was “deeply fulfilling”.

He said: “There is a real need for clergy in Irish society. Religious leaders always needed in every society.”

As he approaches twenty years since his own ordination, he explained that this summer he was asked by Bishop Denis Nulty to take on responsibility for a third parish. In the past these three parishes were served by a team of seven priests.

“I don’t ascribe to the view that my life as a priest is irrelevant – I think it is deeply relevant. It is deeply fulfilling. It has many opportunities every week to engage in many different ways in a pastoral sense and in a spiritual sense in supporting people wherever they find themselves to be. But the demands are increasing more and more because there are fewer numbers in active ministry.”

According to Fr Byrne the problem of an ageing and declining number of clergy was accentuated by the Covid-19 lockdown because the majority of clergy had to cocoon as they were over 70 years of age.

“Once the lockdown was lifted, these vulnerable elderly priests were asked to roll up their sleeves and get back into their parishes. In our diocese and in every diocese across the country very generous men continue to give selflessly, taking full responsibility of the management of parishes well into their 80s. This is not sustainable, but we have nobody coming after us.”

He said clergy were “blue in the face” talking about the vocations crisis and that it was now time to stop “wishing that we would go back to the way things were in the past. That Church is gone. That institution is no longer relevant for the vast majority, nor does it fit into the contemporary culture where we need to be present.”

However, some bishops in Ireland have begun to invite priests from overseas to come and serve in their dioceses as a way of addressing the collapse in priest numbers. In the Diocese of Kildare and Leighlin, where Fr Byrne serves, Bishop Denis Nulty has invited priests from Romania, India and Sri Lanka to serve there.

In Fr Byrne’s opinion, this is a temporary fix “pressing a pause button to keep the system functioning” and instead what is needed is a debate on the wider issues such as “how can we supply ministry when it is no longer possible to provide clergy”.

“We need a radical reappraisal in Ireland – an honest dialogue about what has gone wrong with the vocation of priesthood.”

He acknowledged that Church scandals and a more secularised society had contributed to the challenges but he questioned if the Church leadership was willing to be honest, brave and courageous enough to name new realities or “are we just sort of foot soldiers at a graveyard”.

He paid tribute to the German bishops for “real leadership” in their discernment around their vocations crisis and the questions it raises.

One such issue is the question of women deacons. “I think it was a terrible shame that women were excluded from the option of being deacons.” He added, “I don’t think it is good enough to say that women hold leadership roles in the Church, it must be accompanied by ministry as well.”

“The Church has a huge opportunity to be present in the bits and pieces of people’s broken lives and to do that with great fulfilment. But it is very sad that we are coming to a moment where the presence of clergy will be no more unless we do something to bring about real change,” Fr Byrne warned.