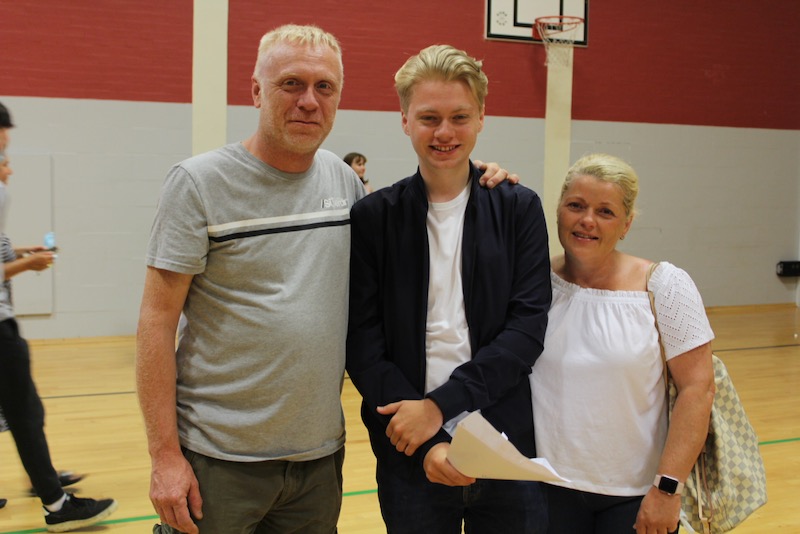 The family of John Hume during his funeral service at St Eugene's Cathedral in Londonderry.
Stephen Latimer/PA Wire/PA Images

The former Archbishop of Canterbury, Lord Williams of Oystermouth, the Coptic Orthodox Archbishop of London, Anba Angaelos (pictured), cardinals from Myanmar and Indonesia and other Muslim, Christian, Jewish and Buddhist leaders are among 76 faith leaders calling for an end to “the potential genocide of the Uyghurs and other Muslims in China”. In a statement, they said: “After the Holocaust, the world said ‘Never Again’. Today, we repeat those words ‘Never Again’, all over again. We make a simple call for justice, to ... establish a path towards the restoration of human dignity.”

Refugee charities have deplored the Prime Minister Boris Johnson’s accusation that crossing the English Channel by boat in the hope of being granted asylum in the United Kingdom is a “very bad and stupid and dangerous and criminal thing to do”. Ben Bano, from the charity Seeking Sanctuary, said: “We deplore the use of xenophobic and populist language from whatever source to describe people in a desperate situation risking their lives to find safety. Let’s also remember that those involved are not ‘illegals’ - it is perfectly legal to cross the Channel in order to claim asylum in the UK as there is no other means of doing so.” Mr Johnson’s comments came after the Home Secretary, Priti Patel, called for military help to stop migrants from making the perilous journey.

A Mass celebrated by Mgr Mark O’Toole to mark St Oscar Romero’s 103rd birthday is scheduled to be live-streamed from St George’s Cathedral in Southwark today. Earlier this week, news broke that the Rector of Saint Oscar Arnulfo Romero major seminary, in the Diocese of Zacatecoluca, El Salvador, had been assassinated. Bishop Eli´as Samuel Bolan~os Avelar warned: “Once again, our diocese is stained with the innocent blood of a good pastor dedicated to his sheep.”

The Archbishop of Birmingham Bernard Longley has banned priests in his diocese from giving Communion on the tongue. The move is in line with guidance from the Bishops’ Conference of England and Wales, which recommends Communion be distributed on the hand during the pandemic.

Members of the Down’s community have reiterated their fear that a new, accurate prenatal screening test for Down’s syndrome will lead to more abortions and to fewer babies being born with the condition. The warning, from the campaign group, Don’t Screen Us Out, came as Public Health England began to roll out the tests across the NHS.

The Independent Inquiry Into Child Sexual Abuse held further public hearings as part of its Child Protection in Religious Organisations and Settings investigation this week. The hearings, which follow a preliminary two-week hearing in May this year, considered abuse among Jehovah’s Witnesses, Baptists, Methodists, non-conformist Christian denominations and other religious groups.

Boris Johnson visited Catholic schools in Upminster, east London, as part of a campaign to encourage schools to prepare to reopen in September. During the visit to St Joseph’s Catholic Primary School and Sacred Heart of Mary Girls’ School, Mr Johnson, who had a go at archery (pictured), met children at a school summer camp and said it was crucial for childrens’ mental well-being that they return next term.

Messages from Pope Francis, the Dalai Lama and the singer Bono were read at the start of the funeral for the Nobel peace laureate John Hume last week. The Primate of All Ireland, Archbishop Eamon Martin, and the Bishop of Derry, Donal McKeown, presided at the Mass held at St Eugene’s Cathedral, Derry. Bishop McKeown said: “His life’s vocation was to be peacemaker for the good of others. Because of his past we can face the future.”

The Brazilian Chaplaincy in Whitechapel, London, has opened a foodbank with the support of Caritas Westminster. It is currently supporting 25 families each week, including Brazilian and Portuguese families scattered across London, whose breadwinners have been made unemployed or have lost work because of the pandemic.