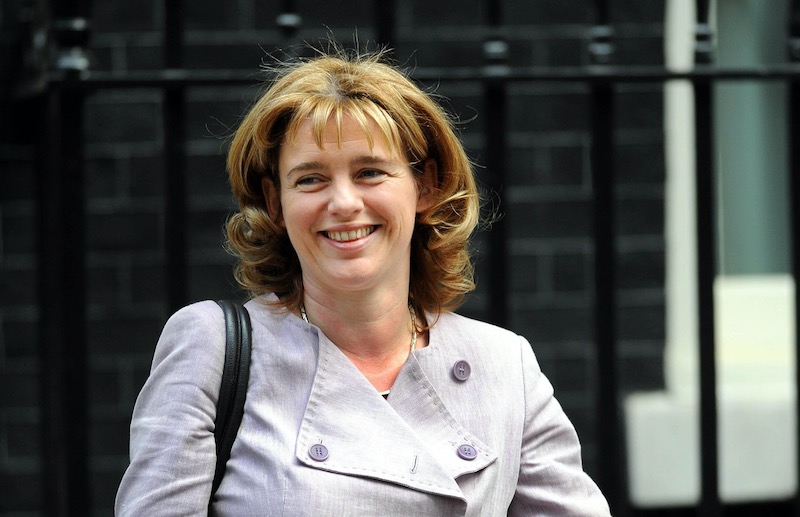 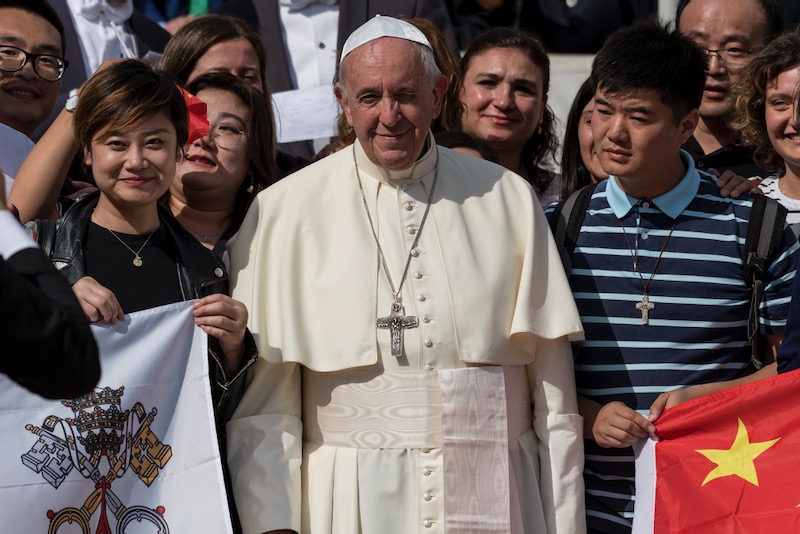 Pope Francis poses for a photo with a group of pilgrims from China in St Peter's Square at the Vatican last year.
Massimo Valicchia/NurPhoto/PA Images

A leading voice in Christian Solidarity Worldwide (CSW) and the founder of Hong Kong Watch says Pope Francis has been “badly wrong” in his handling of China.

Benedict Rogers, a Catholic convert and CSW’s East Asia team leader, writing in Foreign Policy magazine, cites public figures such as Marie van der Zyl, president of the Board of Deputies of British Jews, who last month wrote a letter to the Chinese ambassador in London comparing the situation of Uighur Muslims in China to the Holocaust.

She pointed to similarities between what is reportedly happening to the Uighurs and what happened in Nazi Germany: “People being forcibly loaded on to trains; beards of religious men being trimmed; women being sterilised; and the grim spectre of concentration camps.”

Mr Rogers writes: “Van der Zyl is just one of many faith leaders to speak out against the atrocities being committed in Xinjiang. But one voice has been strangely absent – that of Pope Francis, ordinarily a powerful advocate for the oppressed. His silence speaks to the dangers of the deal made with China by the Vatican – and demands that others in the church speak out.

“Before van der Zyl’s letter, there was the decision by Jewish News to highlight the discovery of 13 metric tons of Uighur hair – with “Nazi resonance” – on the front page of the newspaper.”

The letter was followed by a Twitter thread by the widely respected former Chief Rabbi Jonathan Sacks, who wrote: “As a Jew, knowing our history, the sight of people being shaven headed, lined up, boarded onto trains, and sent to concentration camps is particularly harrowing. That people in the 21st century are being murdered, terrorised, victimised, intimidated and robbed of their liberties because of the way they worship God is a moral outrage, a political scandal and a desecration of faith itself.”

Mr Rogers notes that so far, no major Muslim authority has come out in condemnation of the Uighurs’ plight, nor has Justin Welby, the Archbishop of Canterbury. However, Mr Rogers says: “It is Francis’s silence that shocks me most. Almost every Sunday, as he prays the Angelus, he rightly references some injustice somewhere in the world. He has spoken often in the past not only of the persecution of Christians around the world but of the plight of the Rohingyas in Myanmar; the conflicts in Syria, Yemen, Ukraine, and Nigeria; and religious freedom for all.”

In his article, Mr Rogers linked Pope Francis’ silence on China to the 2018 agreement between the Vatican and Beijing on the appointment of bishops, the renewal of which is currently being negotiated.

Rogers calls for Archbishop Welby and Pope Francis “to wake up, review their position, cross the Rubicon, and say enough is enough.”

Meanwhile Bitter Winter magazine reported on 30 July that the Chinese Communist Party is offering monetary rewards to those who report the presence of home churches in their communities. Rewards in the “incentive” programme have swelled to up to 100,000 renminbi (£11,000), the magazine said. A pope dedicated to human rights has said nothing on China, thanks to a secret deal with Beijing.