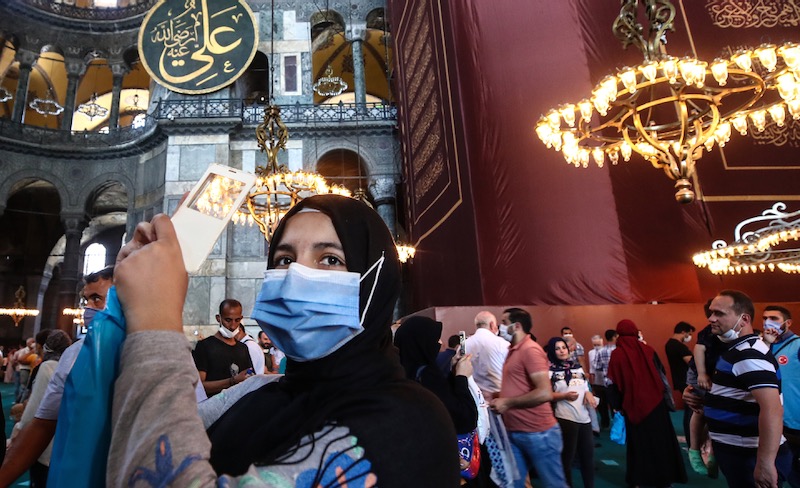 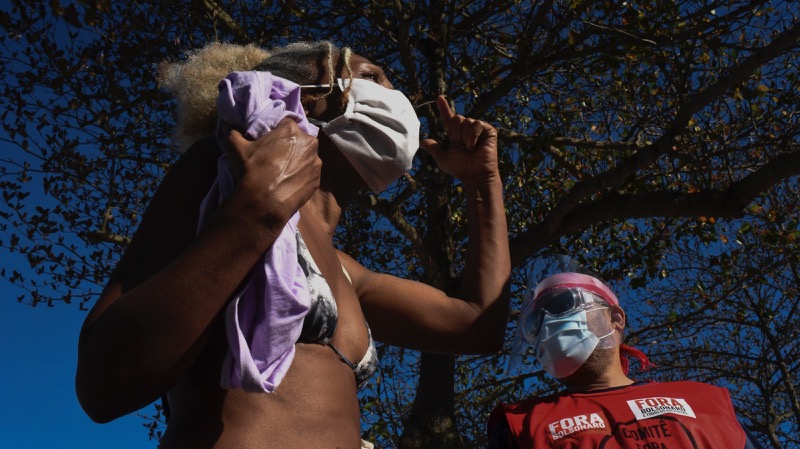 Protest against the movement of bathers and against the Government of President Jair Bolsonaro, on Copacabana beaches, Brazil, on August 3, 2020.
Fabio Teixeira/NurPhoto/PA Images

A “Letter to the People of God” severely critical of Brazilian President Jair Bolsonaro, signed by 152 Brazilian archbishops and bishops, has created a stir in Brazil.

The letter, released on 26 July, whose signatories include Cardinal Cláudio Hummes, former archbishop of São Paulo and president of REPAM, the Church Amazon Network, has been supported by 1,500 priests and deacons. The 152 bishops represent roughly one third of the whole bishops’ conference. “There have been no ruptures within the CNBB; these are difference of opinions, this is not rupture,” said one bishop who did not wish to be identified.

The 152 bishops base their statement on the section of Pope Francis’ Apostolic Exhortation Evangelii Gaudiumthat stresses the social dimension of the Gospel: “Reading the Scriptures makes it clear that the Gospel is not merely about our personal relationship with God … Both Christian preaching and life are meant to have an impact on society” (EG 180).

Brazil, they say, “is going through one of the most difficult periods of its history, like a ‘perfect storm’.”  “The cause of this storm,” they say, “is a combination of an unprecedented health crisis and a disastrous collapse of the economy and tension striking the foundations of the Republic, brought about largely by the President, producing a deep crisis of politics and governance.”

Prominent among the problems they identify are “the unscrupulous activity of loggers, small-scale miners and mining companies, ranchers and other champions of a development model that holds in contempt human rights and the rights of mother earth … anti-scientific talk that tries to present as natural or normal the scourge of the thousands of deaths from Covid-19.”

The bishops call for “a broad national dialogue involving humanists, social movements [and] men and women of good will”.

Mr Bolsonaro, who was diagnosed with Covid-19 and has just ended three weeks’ quarantine, has resumed campaigning for municipal elections, due in November. On Friday last week he said that nearly everyone would probably end up catching the coronavirus, telling Brazilians to “face up to it”.

He said: “I regret the deaths. But people die every day, from lots of things. That's life,” he said. Brazil has counted 2.6 million Covid-19 cases and more than 94,000 deaths.