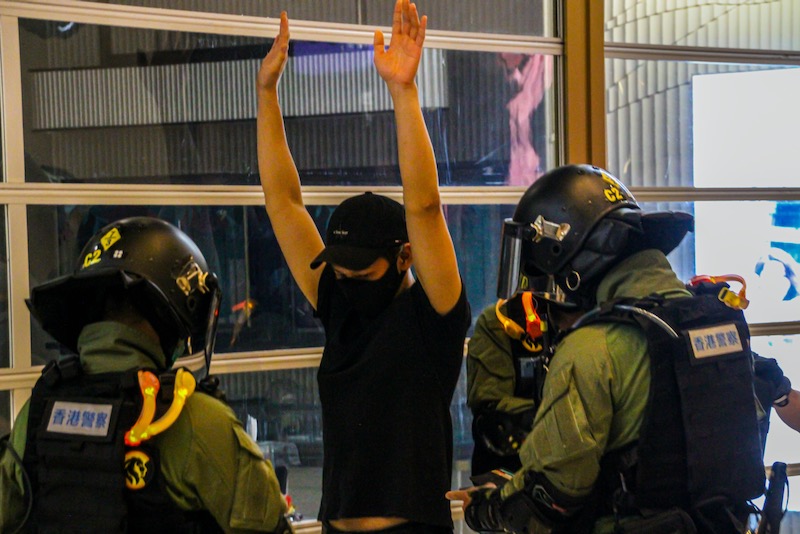 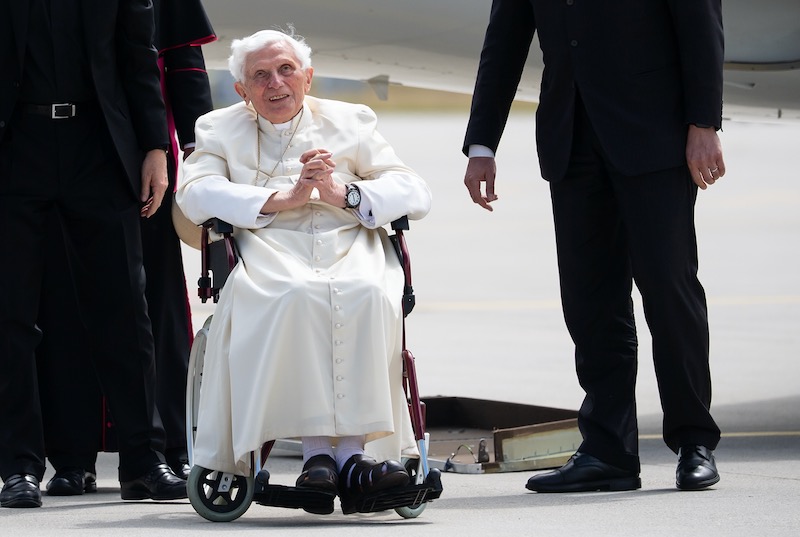 Emeritus Pope Benedict XVI arrives at Munich Airport to board his plane after visiting his late brother in June.
Sven Hoppe/DPA/PA Images

Pope Emeritus Benedict is seriously ill and frail, according to his biographer, Peter Seewald.

Since his return from visiting his brother Georg in Regensburg in June, Benedict, 93, has been suffering from a severe and very painful attack of shingles in the face. He has facial erypsipelas, a form of Zoster ophthalmicus, also known as St Anthony’s Fire, Seewald told the German Passauer Neue Presse on 3 August.

Facial shingles can be extremely painful, especially for the very old.

The Vatican denied the severity of the illness in a statement: “The health conditions of the Pope Emeritus are not particularly worrying, apart from being those of an old man of 93 who is overcoming the most acute phase of a painful but not grave illness.”

Seewald had visited Benedict on 1 August, he said, in order to present him with a copy of his biography of the Pope Emeritus. Despite his illness, Benedict had been optimistic and said that once his strength returned, he might once again take up his pen.

Although Benedict was completely lucid and his memory excellent, his voice was so weak that it was often very difficult to hear what he said, Seewald added.

According to Benedict’s last will and testament, which will be published after his death, the Pope Emeritus wants to be buried in St John Paul II’s former grave in the crypt beneath St Peter’s Basilica as he feels particularly close to the man who was his predecessor as Pope. St John Paul’s coffin was moved to the Chapel of St Sebastian, a side chapel in St Peter’s, when he was beatified.

Benedict’s private secretary, Archbishop Georg Gänswein, was present when Seewald presented his biography. The presentation had to be postponed several times because of the coronavirus pandemic.

The biography is the most comprehensive and detailed biography of the German Pope to date. It is  being translated into 10 languages.

The Pope Emeritus thanked Seewald and expressed his esteem for him as a profound  historian and “lively narrator of my personal history”.

In June, Benedict, who lives in a former convent in the Vatican gardens, left Italy for the first time since his resignation in 2013 for an emotional farewell visit to his older brother Georg in their native Bavaria. Georg died on 1 July at the age of 96. The two brothers were ordained priests on the same day in 1951.