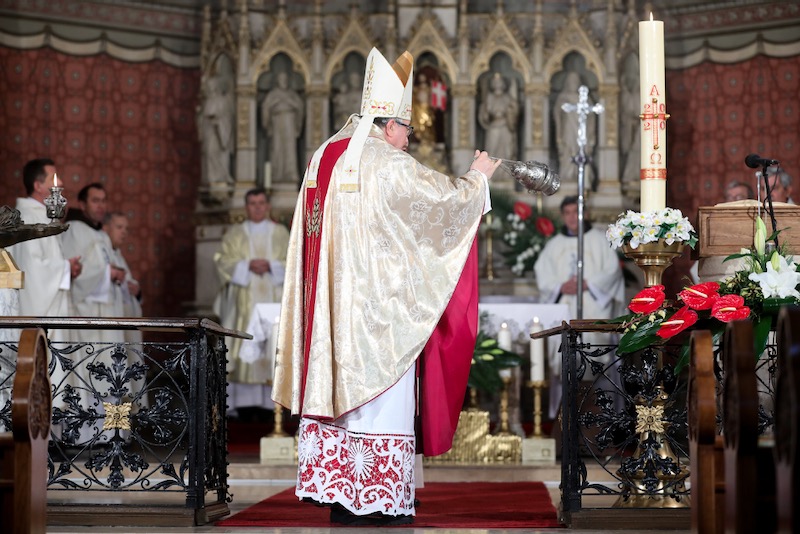 Notre Dame to be rebuilt ‘as it was’ 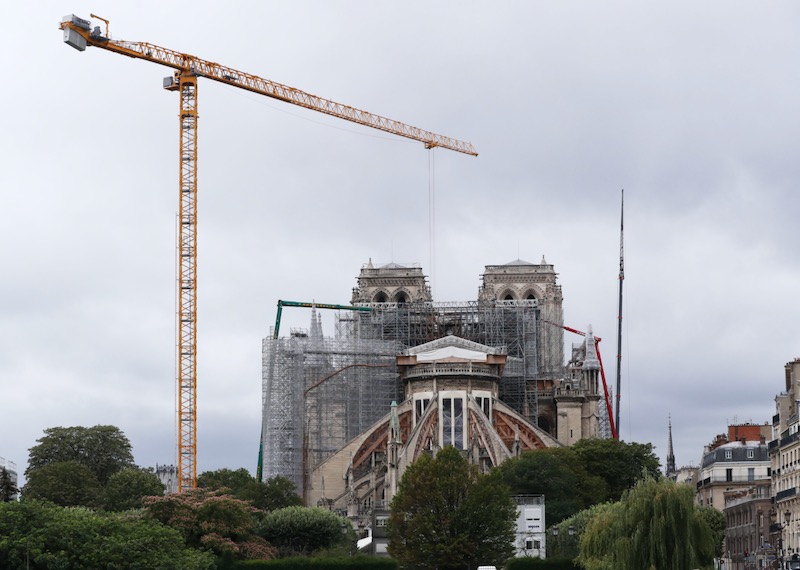 Notre Dame cathedral will be rebuilt in its pre-blaze form, including the Gothic-style spire and forest of wooden supports under its roof, President Emmanuel Macron has announced.

His decision, reversing his initial plan to consider modern alternatives, put an end to speculative options including a roof-top swimming pool, a transparent covering and a modern flame-like spire. One proposal foresaw a roof and spire made completely of traditional stained-glass windows.

Church and patrimony experts unanimously supported the plan, which ended talk of modern options at a time when Macron, following his party’s poor showing at recent municipal elections, had other issues to handle.

Macron’s office indicated something modern might be built nearby, but gave no details. His target of reopening Notre Dame in 2024, which the president announced when fire destroyed the roof and spire in April 2019, seems to have been retained despite several recent delays.

Far more experts have supported restoring the cathedral’s original design over the past year than proposed new options. The project’s chief architect, Philippe Villeneuve, said only rebuilding with the same materials could reproduce the atmosphere Notre Dame had before.

Jean-Michel Leniaud, head of the Friends of Notre Dame association, said symbols like the cathedral meant to bring people together. “You can’t do something divisive with a symbol,” he argued.

Meanwhile, pressure is mounting for Paris to review plans for the Hôtel Dieu, the large hospital next to the cathedral since the early Middle Ages, to turn about one-third of its building into a lucrative commercial centre and hotel.

The hotel, founded in 650, is the oldest of several hospitals the Church established in French cities for the poor. Rebuilt several times, its current complex dates from 1878 and is run by the city.

Arguing the pandemic now meant more state funds for health, a petition signed among others by Paris vicar general Mgr Benoist de Sinety said the hospital no longer needed “innovative solutions” for its budget. “The market function cannot prevail over citizens’ well-being and health,” it said.