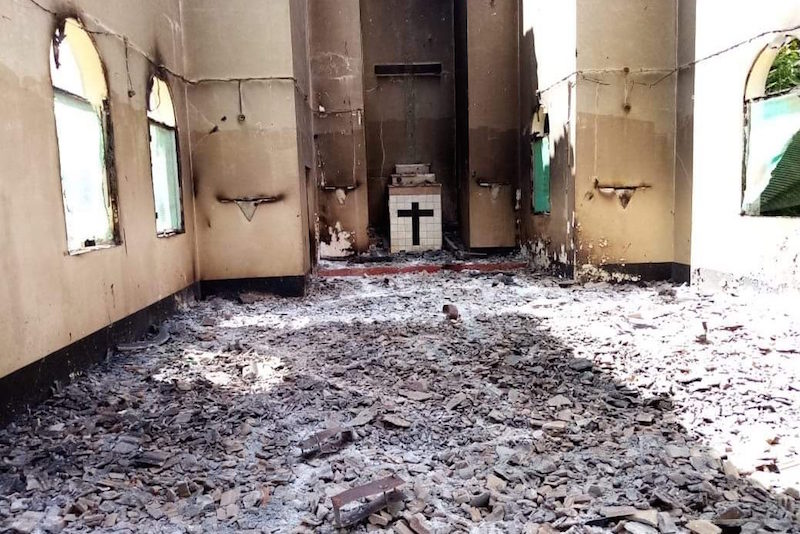 Islamists on the rise in Mozambique, Church groups warn 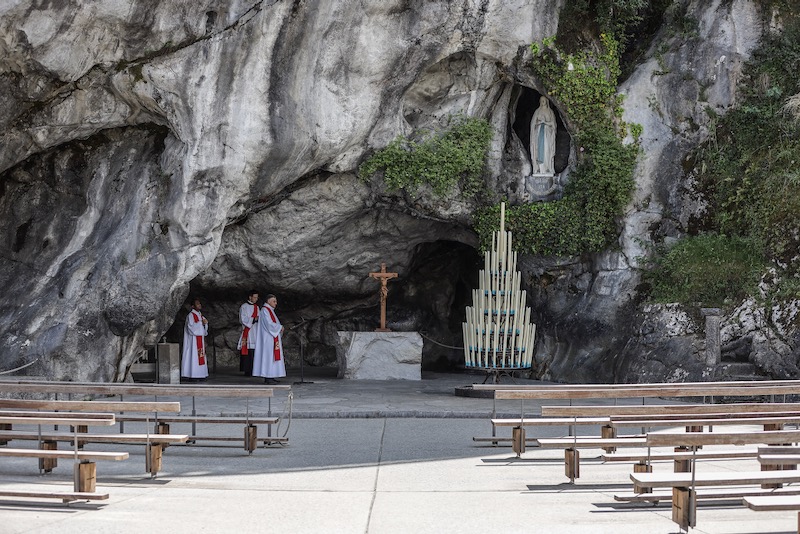 Empty pews are seen at the Shrine of Our Lady of Lourdes in early April during the Covid-19 pandemic.
CNS photo/Thibaud Moritz, JMP/ABACAPRESS.COM via Reuters

The International Sanctuary of Lourdes is to hold its first ever global online pilgrimage next week.

With the world-famous shrine closed for the first time in its 162-year history, as a result of the Covid-19 pandemic, Lourdes is to mark the anniversary on 16 July of the 18th and last apparition of the Virgin Mary by an international “e-pilgrimage” at the Grotto of the Apparitions.

Normally the shrine attracts more than 21,000 pilgrims from the UK alone each year, and three million from around the world. Nearly 100,000 volunteers are usually involved, welcoming the pilgrims who include more than 50,000 sick and disabled people..

The 15-hour global e-pilgrimage will will bring together millions of people from all over the world through through television, radio and social networks. Under the tagline of “hope and solidarity” it will take place over 15 hours in 10 languages.

The virtual pilgrimage will include broadcasts of the celebrations, processions, rosaries and prayers along with footage and live music from the archives.

There will also be a special two-hour broadcast at the Grotto where religious and civil personalities will offer personal testimony about the importance of Lourdes to them. 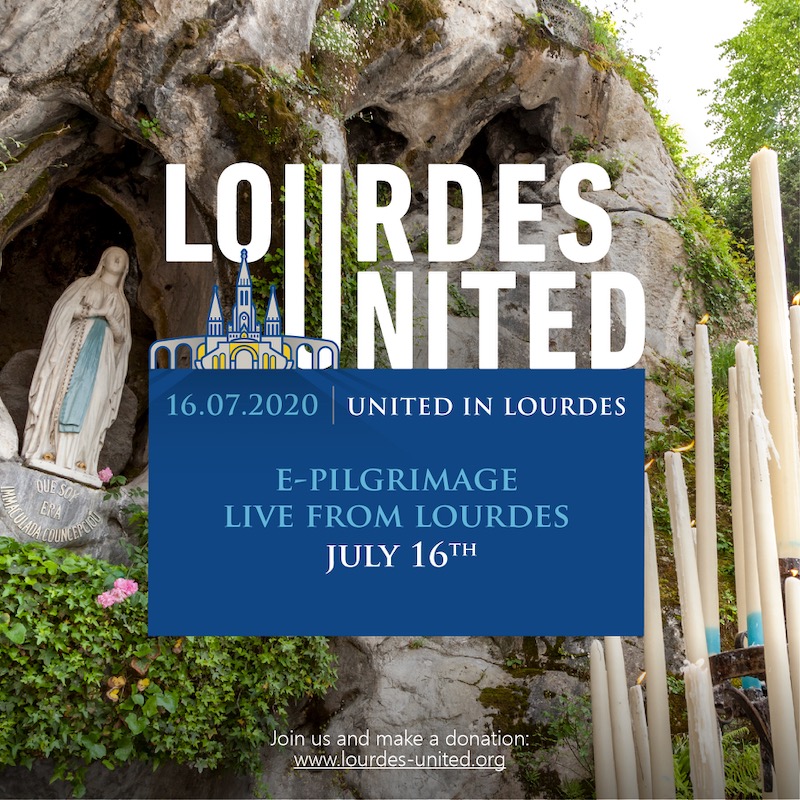 The shrine said in a statement: “The world is facing an unprecedented economic and social crisis, coupled with an unprecedented quest for meaning. The fraternity, generosity and hope that the shrine has been carrying for 162 years has never been so essential.

“At Lourdes, the poor, the frail, the sick and the handicapped have first place. The chaplains of the Shrine of Lourdes have always brought prayer for and with the world to the Grotto, and even more so during the global crisis we are experiencing.

“Hundreds of thousands of messages, cries for help, cries of suffering, but also testimonies of hope continue to reach Lourdes, hearts beating with prayer.”

Closed for more than two months for the first time in its history, the shrine has had all pilgrimages cancelled and expects to make a loss this year of €8 million. Almost the whole of the wider Lourdes catchment area is also in immense difficulty because of the pandemic.

Father Dennis Touw, president of the Pilgrimage Directors Association, told The Tablet that the annual Westminster pilgrimage, which he has attended each year for decades, is an opportunity above all to pray in the sanctuary of the shrine, but also to meet friends and experience the community of Catholic family. “It is the single largest gathering in the year of the diocese as a family at prayer,” he said.

He hoped the Lourdes online pilgrimage, and the subsequent virtual pilgrimage by Westminster on 26 July, will help pilgrims experience some of that sense of communal prayer, but emphasised it is temporary and no substitute for real human contact. “The virtual pilgrimage gives us a way to ‘hug’ each other online.

“But it is not the way long term for a Christian community to interact. We need each other.”

Philip Sparke, chief executive of HCPT, a charity offering pilgrimage holidays for people with a disability or disadvantage from the UK, said one of the special things about pilgrimages is seeing people put faith into action. Helping another pilgrim to wash, shave and more was “a form of prayer”.  He said that by being forced to take a year out from actually going to the shrine, pilgrims were learning to appreciate it in a new way. If they had ever taken it for granted, they never will again.

Other online pilgrimage resources (by CNS):

The Franciscan Custody of the Holy Land oversees 55 sanctuaries in Israel, the Palestinian territories and Jordan. Visitors can get a more in-depth look at these sacred places, especially the Church of the Nativity in Bethlehem and the Church of the Holy Sepulchre, revered as the site of Jesus's tomb, in Jerusalem.

The Shrine of Our Lady of Fatima in Portugal offers a livestream of the chapel and live daily broadcasts of praying the rosary and Mass at . The same link also provides a gallery of pictures, videos and sounds, including an audio library of Marian hymns.

Though only in Italian, the Holy House of Loreto near the Adriatic Sea in Italy posts videos of their daily Masses and the recitation of the rosary on their YouTube channel, Santa Casa Loreto. Their main website, also only in Italian, has links for sending prayer intentions and for seeing photos and videos of the sanctuary, which tradition holds is where Mary was born and raised and where the Holy Family was thought to have lived when Jesus was a boy. The one-room Holy House also is held to be the place where Mary received the angel's annunciation and conceived the Son of God through the Holy Spirit.

There is a 360-degree virtual tour of the basilica at and of the tomb. The 13th-century basilica had to be painstakingly restored, including its frescoes by Giotto, after a devastating earthquake in 1997.

While a special online exposition of the Shroud of Turin was held April 11 for prayer and contemplation during the coronavirus epidemic, the recorded event, with commentary in English, can still be found online.