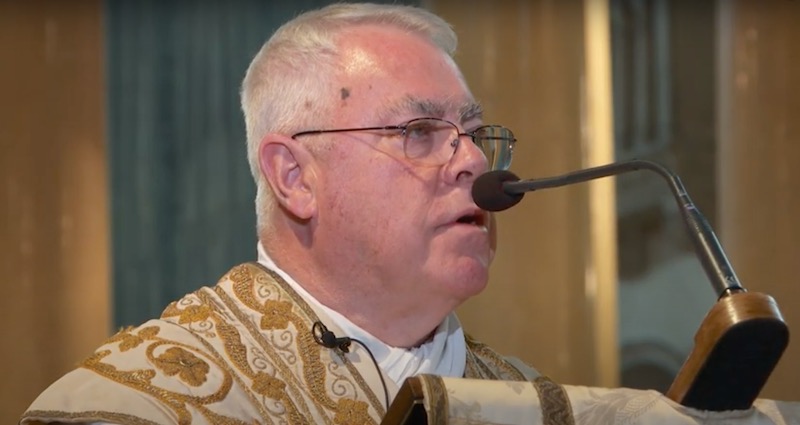 People in Tepito, Mexico City, pray openly in the streets for relief from the Covid-19 pandemic
Gerardo Vieyra/NurPhoto/PA Images

A Jerusalem court last week rejected a request by the Greek Orthodox Patriarchate to cancel the sale of three Old City properties to a group that seeks to further increase the Jewish presence in East Jerusalem. The patriarchate says it is willing to take its 16-year legal battle to Israel’s Supreme Court. The properties include the Petra and the Imperial hotels, located by the Jaffa Gate, considered the most direct entrance to reach the Christian quarter of the Old City of Jerusalem.

Pope Francis has donated 2,500 Covid-19 screening kits to the Ministry of Health in Gaza. The delivery was coordinated by the Latin Patriarchate of Jerusalem and Caritas Jerusalem.

Cardinal John Tong, Hong Kong’s former bishop and apostolic administrator, has told a diocesan newspaper that the new security law passed by the National People’s Congress in Beijing on Tuesday will not harm religious freedom, or the right of the Church to speak out on social issues. However, he did urge Beijing to ease concerns, such as those expressed by the diocese’s Justice and Peace Commission, which said the law “will threaten the basic rights and freedoms of the people in Hong Kong”. Meanwhile, in the second such ceremony in two weeks, China’s state-sanctioned Catholic Church has approved and installed the Vatican-appointed underground bishop Peter Li Huiyuan in Fengxiang diocese in Shaanxi province.

In Poland, a bishop has been suspended and ordered out of his diocese by the Pope, pending investigations into claims that he ignored sexual abuse by priests, in the second such case this year. The Vatican’s Warsaw nunciature said that Edward Janiak would “remain nominally bishop of Kalisz” but that his diocese would be administered by Archbishop Grzegorz Rys of nearby Lodz. The suspension followed claims against the bishop in a May film, Hide and Seek, which said the bishop had brushed aside abuse complaints against local priests.

Bishop Darwin Andino of Santa Rosa Copan in Honduras has criticised a new penal code that reduces corruption sentences, saying “we are going backwards instead of constructing a more civilized country”. Several of President Juan Orlando Herna´ndez’s close associates have been implicated in corruption scandals. US prosecutors have accused Herna´ndez himself of taking money from drug traffickers. He denies the allegations.

The mayor of Breda, Paul Depla, has condemned vandals who defaced an image of Our Lady of Czestochowa, daubing the letters “BLM” beneath it during a recent Black Lives Matter protest in the southern Dutch town. The “Black Madonna”, a copy of the venerated icon in a monastery in Poland, was erected in a park in 1954 in thanksgiving for liberation from the Nazis.

The President of the Bishops’ Conference of Democratic Republic of Congo, Archbishop Marcel Utembi Tapa of Kisangani, said he “welcomed the fight against racism being spearheaded by the Black Lives Matter movement”.

The Southern African Catholic Bishops’ Conference has condemned “the recent surge of gender-based violence that has reared its ugly head nationwide since the country entered alert level 3 of Covid-19 lockdown”. At least 21 women and children have been murdered in South Africa during lockdown. Last week, President Cyril Ramaphosa called gender- based violence a “second pandemic” in the country.

Lazarus Chakwera was sworn in as Malawi’s new president on Sunday after defeating the incumbent, Peter Mutharika, with 58.57 per cent of the votes in the election on Tuesday last week. In February, Malawi’s constitutional court annulled Mr Mutharika’s election win of May 2019, citing vote tampering. Mr Chakwera, a Pentecostal preacher and former theology lecturer, said at the swearing-in ceremony in the capital, Lilongwe, that his role would be to unite Malawians.

United Arab Emirates has sent a plane containing 15 tons of medical and food aid to the Peruvian Amazon region, to help those affected by Covid-19. The aid is part of Catholic- Muslim cooperation resulting from the Document on Human Fraternity for World Peace and Living Together, signed last year in Abu Dhabi by the Grand Imam of Al-Azhar and Pope Francis.

The head of the Philippines bishops’ commission on migrants and itinerant people, Bishop Ruperto Santos of Balanga, has called for an investigation into the recent deaths of more than 350 Filipino workers in Saudi Arabia. Officials there deny discrimination in health care based on religion or ethnicity, saying the deaths were due to natural causes, with only a few caused by Covid-19.

Caritas Lebanon is caring for Ethiopian live-in domestic maids who lost their jobs and homes because Lebanese employers faced economic hardship and feared the coronavirus. The charity has transferred some to shelters it manages. Helping them return to Ethiopia is a priority.

Prime Minister Narendra Modi has given a speech appreciating India’s religious diversity and a Christian Church. Addressing the ninetieth birthday celebrations of Dr Joseph Mar Thoma, Metropolitan of the Kerala-based Mar Thoma Syrian Church, Modi said via a video link that India “does not discriminate between faith, gender, caste, creed or language”.