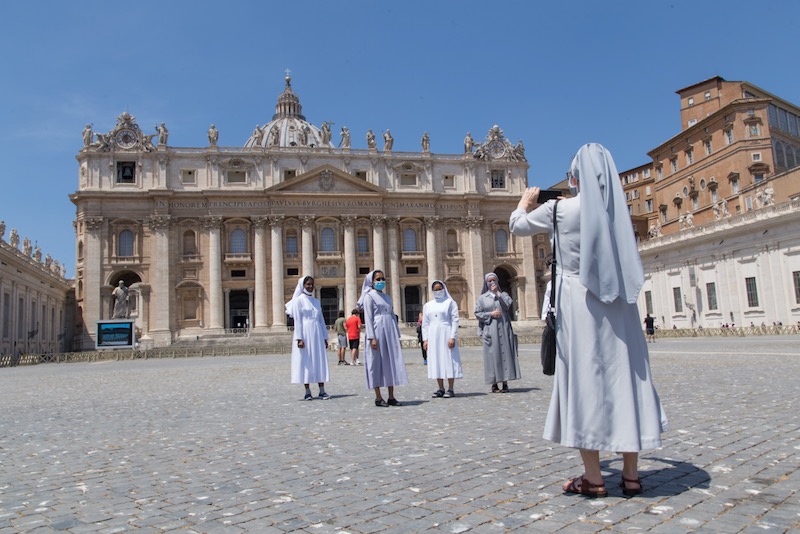 Any congregation that might be in a position to help is asked to email: merielwoodward@rcdow.org.uk 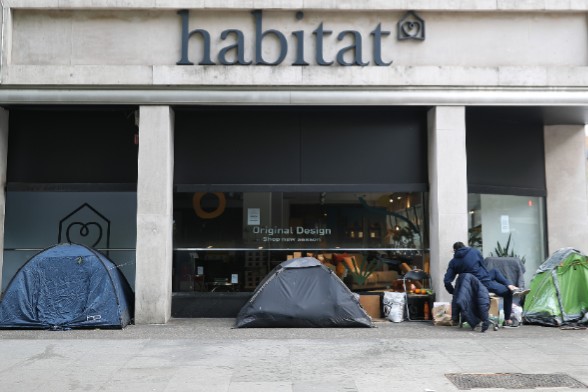 Homeless people's tents erected outside a furniture store in Tottenham Court Road, London, after the introduction of measures to bring the country out of lockdown.
Yui Mok/PA Wire/PA Images

Religious in England and Wales have been asked to offer space in their buildings to vulnerable people who face street homelessness as the emergency housing scheme put in place for the pandemic draws to a close.

Hundreds of vulnerable people will urgently need accommodation by the end of July, when the hotels and hostels currently housing street homeless people reopen for business.

Some 5,400 people who were housed in emergency accommodation for the three-month lockdown now face being made homeless. 1,200 people were moved into hotels from the streets in Greater London alone.

While the Government has announced extra funding for housing support, that funding will be unavailable for those street homeless people with no recourse to public funds, like some migrants and asylum seekers. Caritas Westminster estimates that this group makes up 70 per cent of the people currently sheltering in hotels in Greater London.

In a direct plea to Congregations in England and Wales this week Fr Dominic Robinson SJ, the chair of Westminster Justice and Peace Commission said: “Have you got buildings that you are no longer using or could spare temporarily, which could be adapted to house the many homeless who are about to find themselves back on the streets as the lockdown eases?”

Any congregation that might be in a position to help is asked to email: merielwoodward@rcdow.org.uk

Fr Robinson’s call, which was posted on the website for the Conference of Religious in England and Wales, comes as Caritas Westminster appealed for any accommodation across London and Hertfordshire that might be used to house those individuals.

There will be a full risk assessment with support from the local authorities and agencies, prior to accepting an offer.

The Catholic Union, along with other charities that work with homeless people, warned of an impending crisis.

In a letter to Dame Louise Casey, who is heading a government taskforce on homelessness, the Union, along with the Justice and Peace Department of the Catholic Diocese of Westminster, working in conjunction with Caritas, the social action department of the Diocese of Westminster, and the Jesuit Refugee Service UK, said that asylum seekers and others with no recourse to public funds are particularly at risk.

Fr Robinson, commented: “During the lockdown the central London Catholic Churches have been working nonstop with local businesses and government to help the many rough sleepers still on our streets. Some funds are being promised to rehouse the homeless currently in hotels but now many more men and women who’ve lost jobs and become destitute are pouring onto our streets.

This catastrophe is avoidable if there is a temporary reprieve for the growing number of destitute who have no recourse to public funds. If public funds are made available for this group of people left on the streets, we stand ready to work together for what we all want – a permanent and holistic solution to this affront to human dignity which sees those who have lost everything with nowhere to turn”.

Catholic Union Head of Public Affairs, James Somerville-Meikle, commented: “The new funding from the Government is a step in the right direction, but it has come late in the day. Many rough sleepers face being turned out of hotel and hostel rooms in the week ahead. Whilst the long-term commitment to end homelessness is welcome, we need an immediate plan for how to prevent a rough sleeping crisis. Church groups stand ready to be part of the solution and can help get support to some of the most vulnerable people in society – people that government services often struggle to reach.”